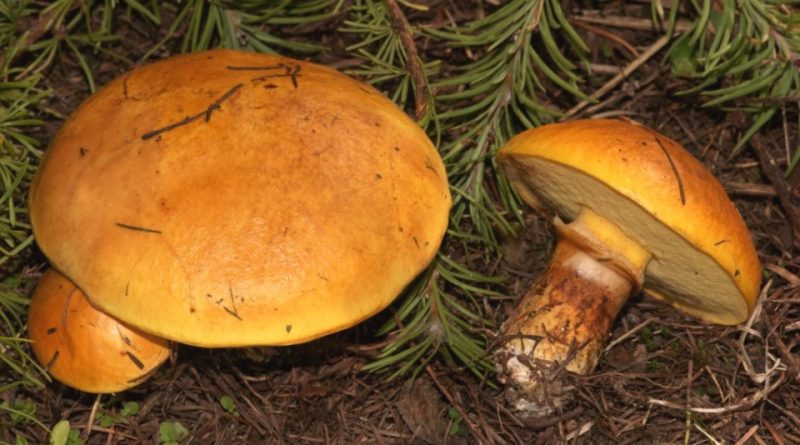 The Larch Bolete (Suillus grevillei (Klotzsch) Singer, 1945) is a basidiomycete fungus belonging to the Suillaceae family.

Systematics –
From the systematic point of view it belongs to the Eukaryota Domain, Fungi Kingdom, Basidiomycota Division, Basidiomycetes Class, Boletales Order, Suillaceae Family and therefore to the Genus Suillus and the S. grevillei Species.
The terms are synonymous: Boletus elegans Schum. and Suillus elegans (Sch.) Snell.

Etymology –
The term Suillus is the diminutive of sus, súis, pig: piglet, due to the particularly abundant size of this mushroom. The specific epithet grevillei is dedicated to the Scottish mycologist, algologist, briologist, botanist and artist Robert Kaye Greville (1794-1866).

Geographical Distribution and Habitat –
Larch Bolete is a very common fungus especially in Trentino and grows mainly under larch of which it is ideal symbiont. Fruits in the period between summer and autumn. 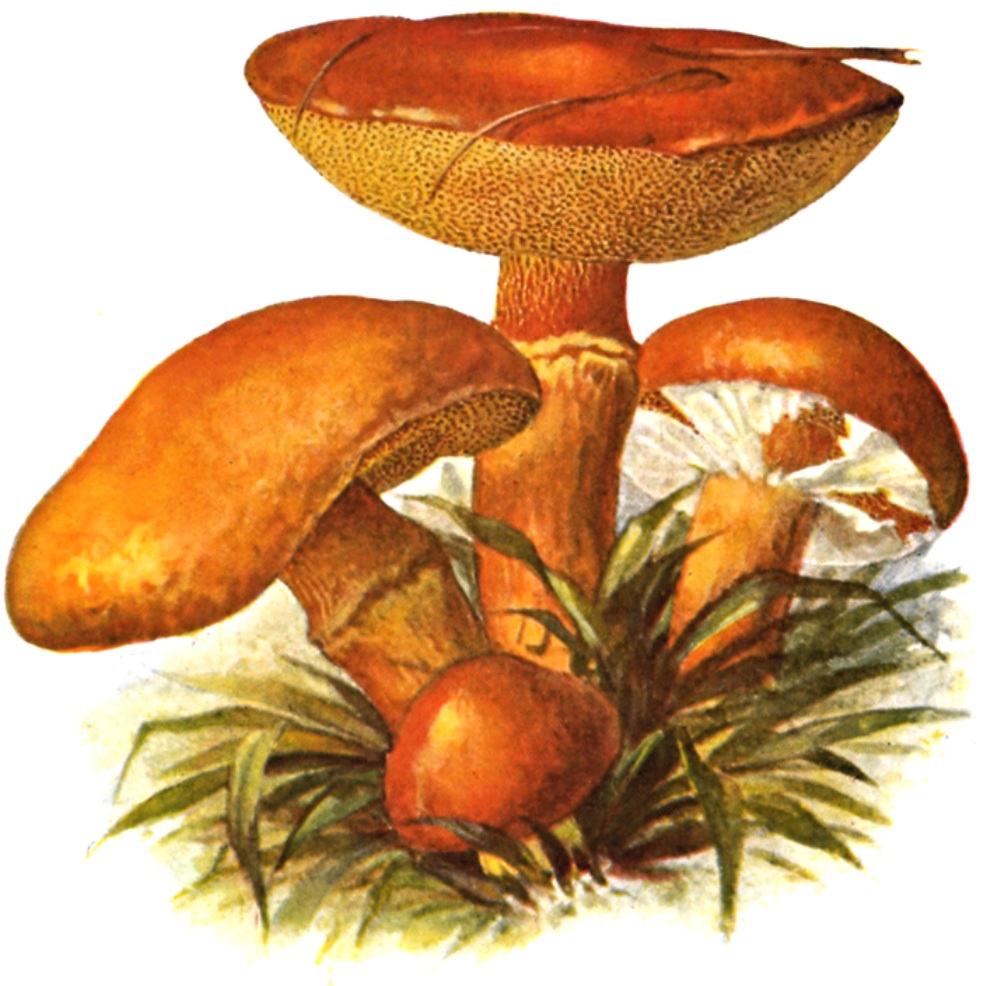 Recognition –
Suillus grevillei is recognized for having a slimy cap, with a variable color from bright orange to red or brown (even if it is present with a yellowish form) of diameter up to 15-16 cm, convex; the margin is thin, convoluted and regular; the cuticle is slimy, smooth and removable.
The tubules are yellow and attached; small and yellow pores.
The stem measures 6-10 x 1-1.5 cm, fleshy and full, cylindrical or slightly enlarged at the base, of yellow or orange color, with reticulation; it has a yellow-whitish ring and in young specimens it is joined to the edge of the hat.
The meat is yellow, first firm and then soft, with a sweet and pleasant taste, if cooked properly, and a faint fungal odor that also tastes of geranium.
At the microscope, spores of 7.7-9 x 3.2-3.8 µm are noted, ellipsoidal, hazel in color in mass.

Cultivation –
Suillus grevillei is not a cultivated mushroom.

Uses and Traditions –
The Larch Bolete, also known by the names of elegant Boleto, Brisa dal buro, along with other species of its genus, is a mushroom of good edibility only if young specimens are consumed, otherwise it is mediocre or very bad.
In any case, as with all species of the genus Suillus, it is advisable to remove the cuticle from the hat, as it can be indigestible.
Among similar species there is Suillus bresadolae, also a symbiont of the Larch and with the same chromatic variability, which however has wider pores and greyish shades.

Preparation Mode –
Suillus grevillei can be eaten only by gathering young specimens, and for a better gastronomic performance, the carpophores must be perfectly intact and no previously frozen specimens must be consumed.
It should be noted that in some cases it can cause mild intestinal disorders, so it is recommended to limit consumption.