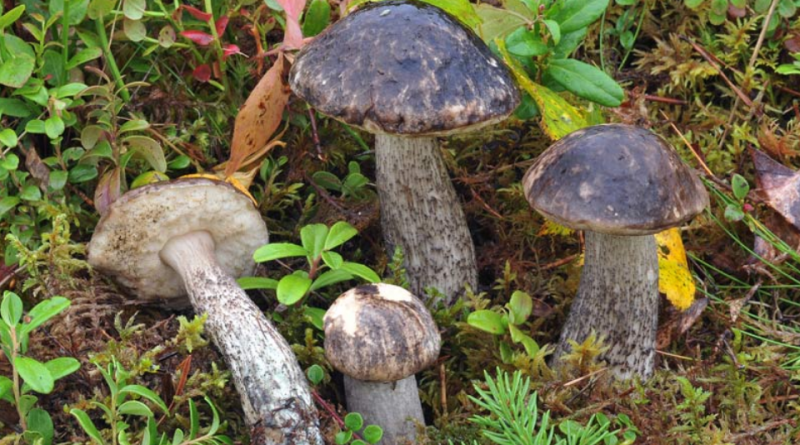 The Mottled bolete (Leccinum variicolor Watling, 1969) is a basidiomycete mushroom belonging to the Boletaceae family.

Etymology –
The term Leccinum comes from (i) líceus, derived from ílex, -icis leccio: from the holm oak, related to the holm oak. The specific variicolor epithet is in reference to the very variable coloring of the hat of this species.

Geographic Distribution and Habitat –
The spotted Boleto is a fungus that grows in broad-leaved woods with the presence of birch in muscular and siliceous environments and on peaty and sandy soils. Its distribution is quite common in most of continental Europe, from Scandinavia to the Mediterranean and to the west via the Iberian peninsula. It is also found in many parts of North America. 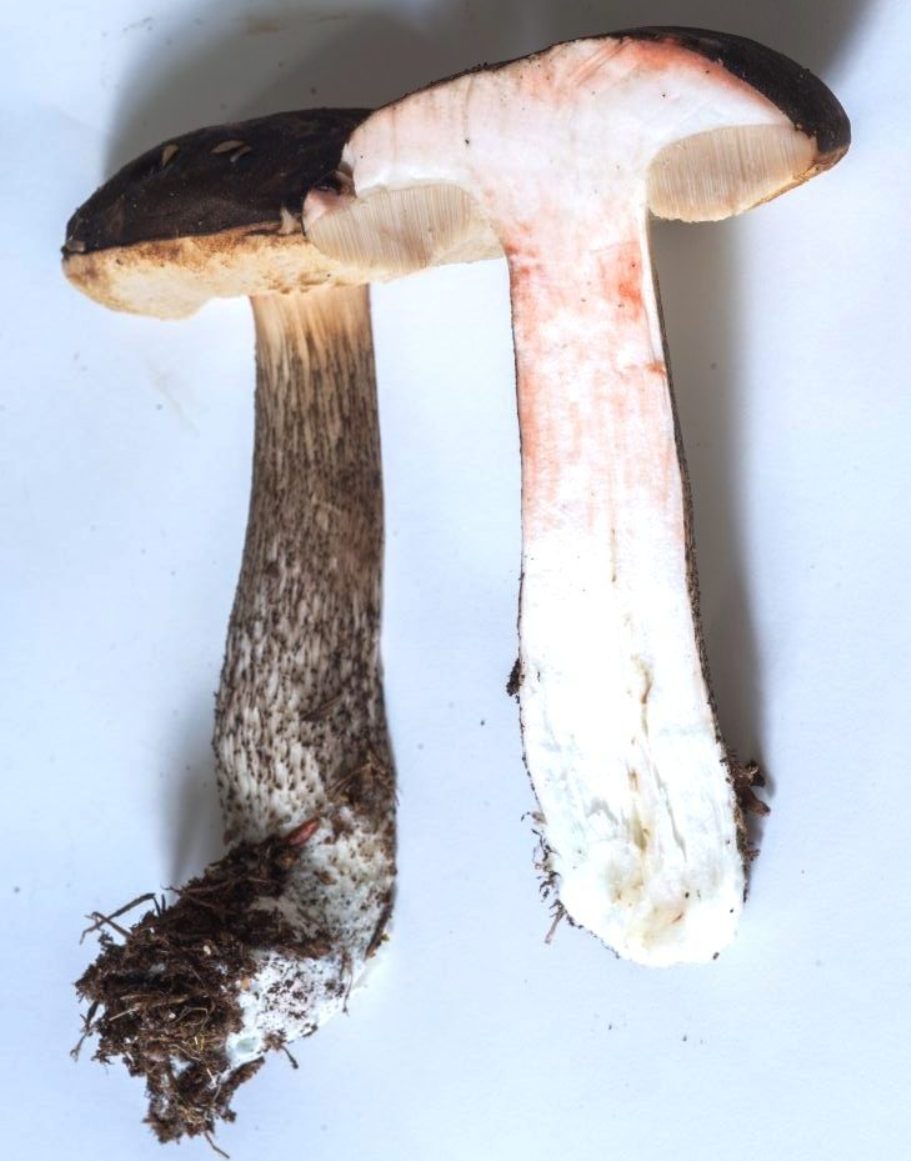 Recognition –
The Leccinum variicolor is recognized for having the hat of 3.5-9.5 cm in diameter, with a variegated appearance, with patches, with many nuances ranging from hazelnut to whitish on a deep brown background. The cap is first convex, then expanded or sometimes widely conical at maturity, with a whole margin, not markedly exceeding the tubules, at most 1 millimeter. The cuticle has a dark brown color, with a radial texture of lighter spots, sometimes almost whitish with dark brown speckles, very tomentose everywhere, often quite slimy with age. The tubules are adnate, ventricose, 7-18 mm long, with greyish or creamy white color, which tend to become brownish to the touch. The pores have a diameter of about 0.5 mm, cream-white in color, often with brownish-yellowish stippling, which at the pressure turns to brownish. The stem is on average 7-15 x 35 cm, cylindrical or clavate, of whitish color, often with blue-greenish shades in the lower half of the stem, entirely covered with brown scales. The meat is white that at the pressure turns to rosé in the hat and in the upper half of the stem, to the blue-green, instead, in the lower half of the stem.
Under the microscope there are spores of 13.5-17.5 x 5-6.5 μm, fusiform. Basidia measure 23-34 x 8.5-11 μm, bisporic or tetrasporic. Histocystids of 26-44.5 x 8-10.5 μm, lageniforms or clavates with a mucronate or obtuse apex. Caulocystids of 34.5-86.5 x 7.5-22, clavates, cylindrical-irregular or lageniforms with the supple and sometimes bifurcated neck, often separated from the body of the cystide by a septum. The buckle joints are absent.

Cultivation –
Mottled Bolete is a fungus that is not cultivated.

Uses and Traditions –
The Leccinum variicolor is generally considered a good edible mushroom.
This fungus can be confused and exchanged with the Leccinum versipelle which has a much more orange cap; with coloring that tends to blue-green in the base of the stem when it is folded.
Another fungus with which it can be confused is the Leccinum scabrum which has a very variable cap color, although it is usually of a lighter brown color than the mottled boletus; forwards the meat of the stalk does not turn blue or blue green when it is cut or folded.

Preparation Mode –
The Leccinum variicolor is a fungus of good edibility that can be used in the same recipes and preservations that prescribe the use of Boletus edulis (even if the latter is in terms of flavor and consistency is superior). Alternatively, this fingo can be used in mixture with edible porcini mushrooms.