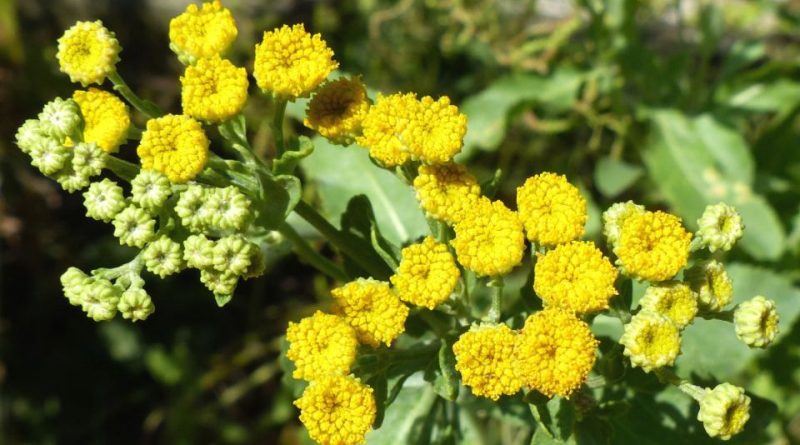 Geographic Distribution and Habitat –
The Tanacetum balsamita is a native species of an area located between western Asia and the Caucasus. It lives in regions with a temperate climate and is perfectly set in Europe, in North Africa and in North America. In Italy it is cultivated and rarely rinselvatichita in the gardens. 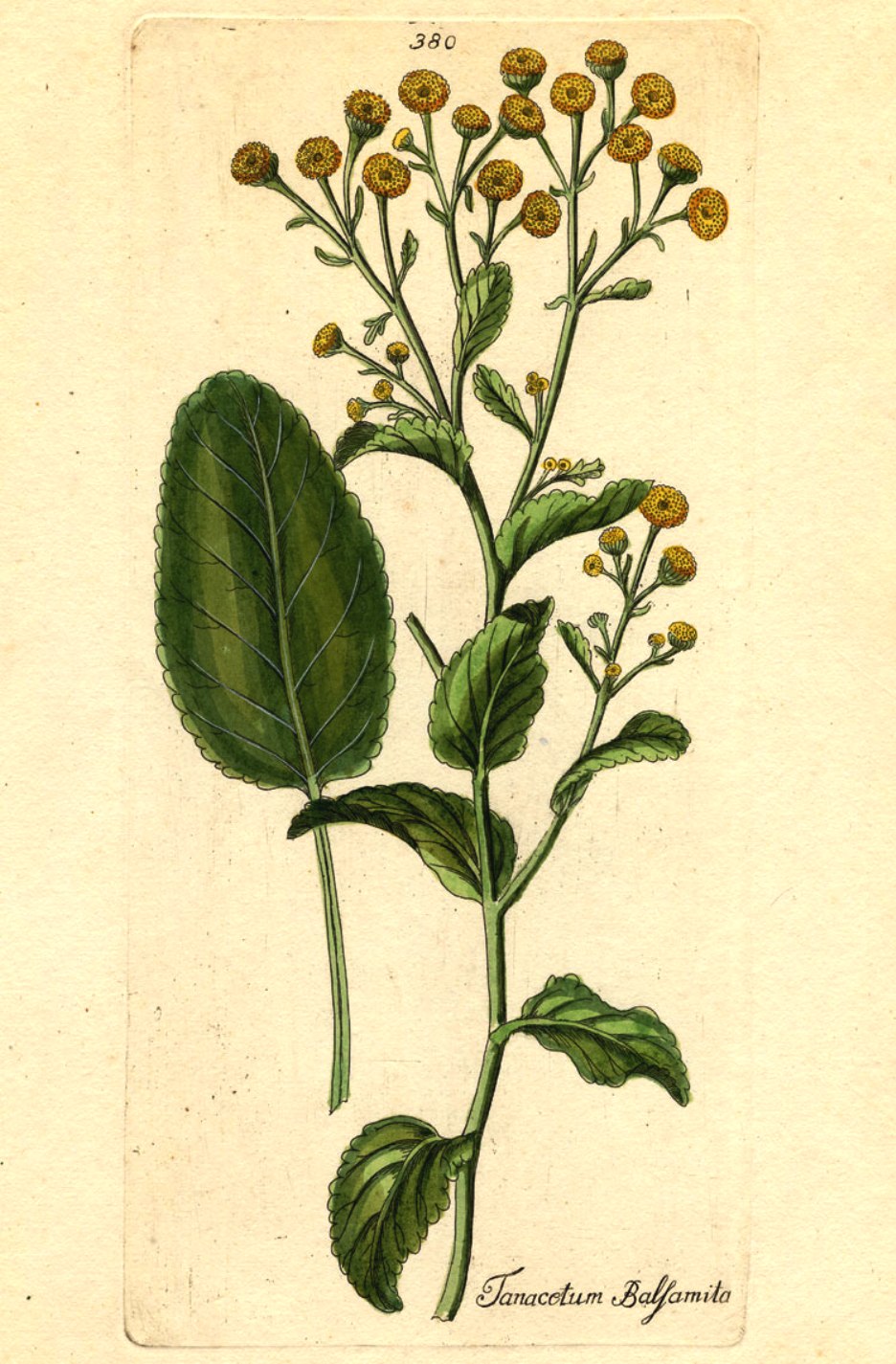 Description –
The St. Peter’s herb is a rhizomatous herbaceous plant, characterized by erect and branched stems, up to 120 cm tall. It has alternate and coriaceous leaves, ovate-oblong, bright green, toothed at the edges, with a strong mint-like scent. The flowers are golden yellow, grouped in small flower heads from 5 to 6 mm in diameter which in turn are grouped into corymbs.

Cultivation –
The Tanacetum balsamita is a plant that prefers fresh soils, wet scrublands and river beds. It is a plant difficult to reproduce by seed, because they are often sterile and with poor germination capacity. For this reason the multiplication is carried out by division of the tufts, in the period of autumn or spring. It can be grown in full soil or large pots. For details of the cultivation technique refer to the following sheet.

Uses and Traditions –
This plant is known in Italy with various names also according to local traditions; the most frequent names are, as well as St. Peter’s Grass, as grass of the Bible, Roman mint, bitter grass, good grass, grass of the Madonna, St. Mary’s grass, fritola or Greek mint. The balsamita is a medicinal herb and officinal herb.
The plant is cultivated mainly as an aromatic herb in the gardens. For centuries it has been cultivated for its pleasant smell as well as for its medicinal properties. St. Peter’s grass was known to Egyptians, Greeks and Romans (who probably brought it to England). Culpeper, a 16th century herbalist, defines it as “common”. Subsequently with the discovery of the “New World” the colonists brought it to America, where at present, in the eastern and middle-eastern states, it grows spontaneously on the edge of the roads.
In ancient times its flowers were also used as a bookmark in Bibles, a custom that gave it the name of grass in the Bible.
To take advantage of its organoleptic and medicinal qualities, the leaves are harvested preferably before flowering and used fresh. These can also be frozen in closed bags.
Its therapeutic properties are: antispasmodic, carminative, diuretic, emmenagogues.
The herb of St. Peter is also used in the kitchen where it should be used in moderation, however, because of its bitter taste, to give flavor to omelettes, fillings, dishes with poultry, vegetable pies.

Preparation Mode –
The Tanacetum balsamita, as mentioned, can also be used in the kitchen; its leaves are used for sauces, stuffings, omelettes, game, to which it gives a taste similar to that of mint, but with a tendency to bitter. It is also used as the main ingredient of the filling of the bitter Tortello of Castel Goffredo, an agri-food product traditional of the Lombardy region.