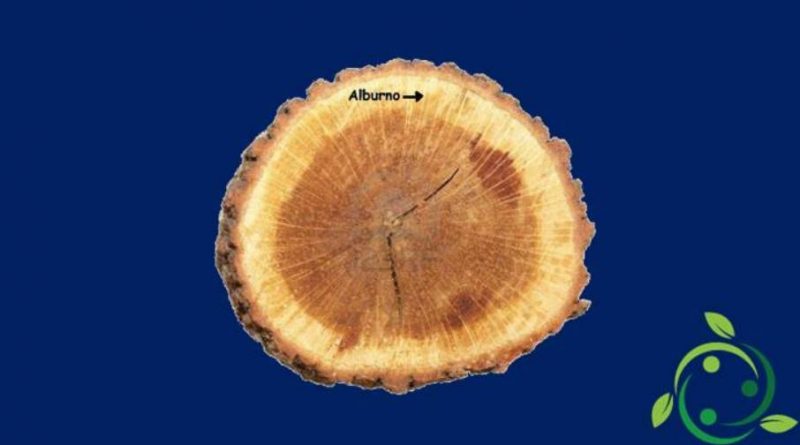 The sapwood is the lighter, lighter and more humid woody portion, which is found in the outer part of the stem and which oversees the passage of the raw sap. In fact, the sapwood is the youngest woody part of the tree trunk. It surrounds the innermost portion, called heartwood or “heart of the wood”, which performs only support functions.
Depending on the functions performed and depending on the physiology of the plant, the sapwood can perform both the support function and the physiological function (conduction and accumulation) and despite being made up of lignified and dead cells, it still actively participates in the life of the tree because the cells can be used for the conduction of raw lymph, besides there are also live cells (parenchymatics and secretions).

The so-called double sapwood is instead a defect of the trunk of a tree, also known by the term of lunature; this phenomenon is characterized by the presence of some annual layers of sapwood placed inside the heartwood: this defect is due to frost, which does not allow the sapwood cells to turn into heartwood but does not hinder the change, so in the following years they form other layers of sapwood that turn into heartwood and envelop the first sapwood. The double sapwood affects the durability and compactness of the timber, which is why it is considered as a commercial defect of wood.