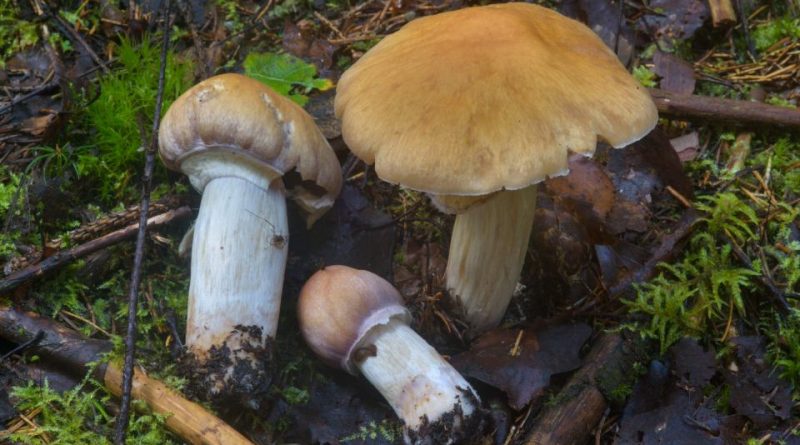 Systematics –
From the systematic point of view it belongs to the Eukaryota Domain, Kingdom Fungi, Basidiomycota Division, Basidiomycetes Class, Order Agaricales, Family Cortinariaceae and then to the Genus Cortinarius and to the Specie C. caperatus.
The terms are synonymous: Rozites caperatus and Pholiota caperata.

Etymology –
The term Cortinarius comes from a curtain: with a curtain, due to the characteristic residues of the partial veil from the edge of the hat to the jamb. The specific epithet caperatus derives from cápera wrinkle: wrinkled, wrinkled.

Geographic Distribution and Habitat –
The Cortinarius caperatus is a fungus that grows in the period from August to October in the coniferous and deciduous woods. It is a fairly common species. 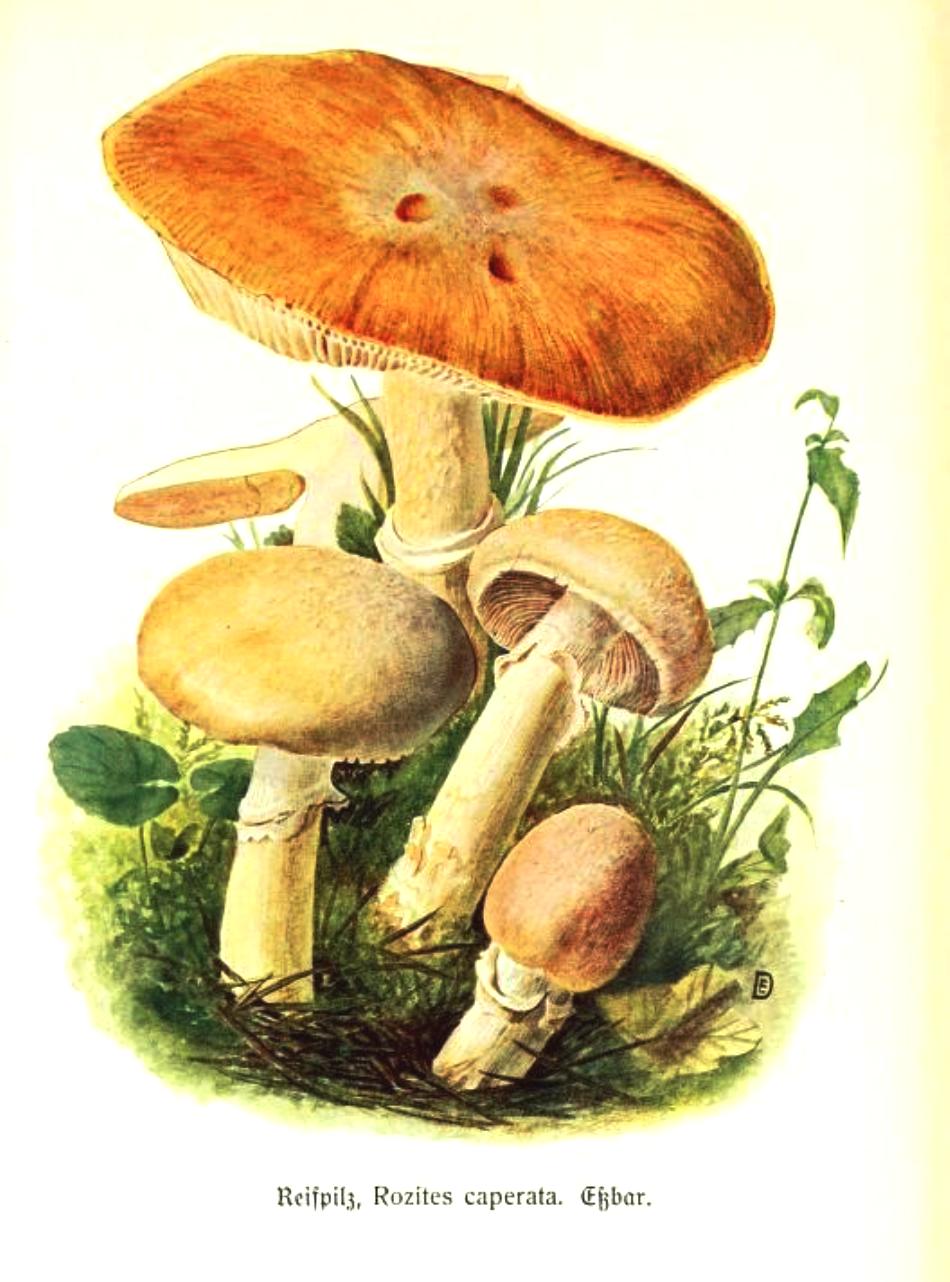 Recognition –
The Cortinarius caperatus is recognized for the hat with coloring ranging from yellow-cream to straw-yellow, with a diameter between 4-12 cm. The stony surface is covered by a thick whitish pruine that tends to flake off to maturity, creating characteristics roughness. The lamellae are adnate with somewhat variable coloring and that with the maturity tends to turn from a pale yellow to a yellowish-red. The stem is rather stocky, which in some cases is slightly claviform, covered with residues of flocculent veil. It has a double ring whose upper surface is striated. The meat is immutable when cut, weak, with a fungal smell and a grateful taste.
Under the microscope there are brown, amygdaliform, warty basidiospore of 10-13 x 8-9 μm.

Cultivation –
Cortinarius caperatus is not a fungus currently cultivated.

Uses and Traditions –
This good edible mushroom is well appreciated in the kitchen. Due to some peculiar morphological characteristics, it has long been ascribed to the genus in its own right Rozites (Rozites caperatus (Pers.) P. Karst.). The most recent classifications, which also take into account genetic data, have however reintroduced it in the genus Cortinarius.
It can be confused, especially in the juvenile stages, where the pruina covering the hat gives a silky look, with some congeners similar to Cortinarius traganus and Cortinarius laniger; these deceptive species are clearly distinguishable by the color and the smell of the meat and by the different colors of the hat and the lamellae. Some species of the Cortinarius genus with which it shares the growth habitat and which, at the juvenile stage, can be misleading.
Cortinarius caperatus is a fungus that concentrates radioactive cesium, in the past it was removed from consumption and trade for some time after the Chernobyl nuclear disaster, which had caused a dangerous increase in the values ​​of radioactivity. Since 2002 it has been readmitted to consumption and sale, as the values ​​of radioactivity in Italian specimens have returned to the parameters of European tolerance.

Preparation Mode –
It is a fungus of good edibility and good performance and behavior in the kitchen, where it lends itself to the preparation of mixed and preservation; the base of the stem is rather fibrous so it is advisable to discard it; it also has antiviral properties.
Some experts, however, discourage their consumption since the species tends to take on some radioactive substances, if present in the soil.