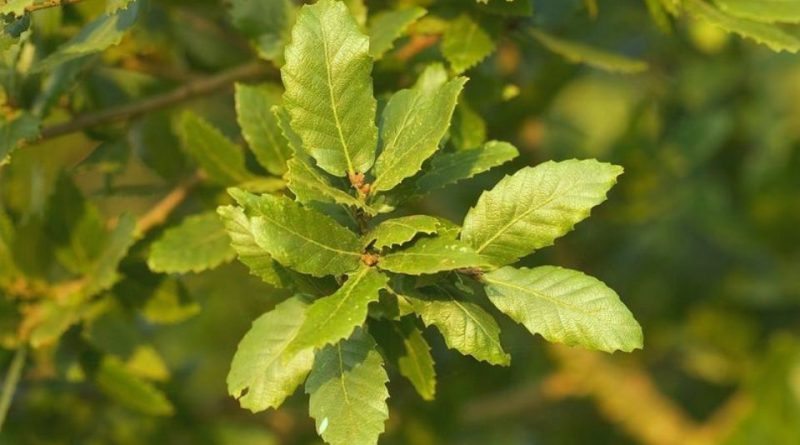 The fragno (Quercus trojana Webb) is an arboreal species belonging to the Fagaceae family.

Systematics –
From the systematic point of view it belongs to the Domain Eukaryota, Kingdom Plantae, Subarranean Tracheobionta, Superdivisione Spermatophyta, Magnoliophyta Division, Magnoliopsida Class, Subclass Hamamelidae, Order Fagales, Family Fagaceae and then to the genus Quercus and to the species Q. trojana.

Etymology –
The term Quercus derives from quercus, the Latin name of the oak, a plant sacred to Jupiter. The specific trojan epithet refers to Τρωῖα Troia, an ancient city of Asia Minor: Trojan, Trojan perhaps referring to the hypothetical area of ​​origin.

Geographic Distribution and Habitat –
The Fragno is an oak with origins in south-eastern Europe, from Puglia, to the Balkans, up to the Black Sea. It is a typically Mediterranean species that grows from the sea level up to about 600 meters of altitude. In Italy it is found in Puglia (Murge and Salento) and in Basilicata (Matera). In Italy it forms associations with other oak species such as holm oak (Quercus ilex), oak (Quercus pubescens), Turkey oak (Quercus cerris), spiny oak (Quercus coccifera) in thick wooded formations. The typical habitat of this is the calcareous soils where the fragni often live in symbiosis with mushrooms and other plants. 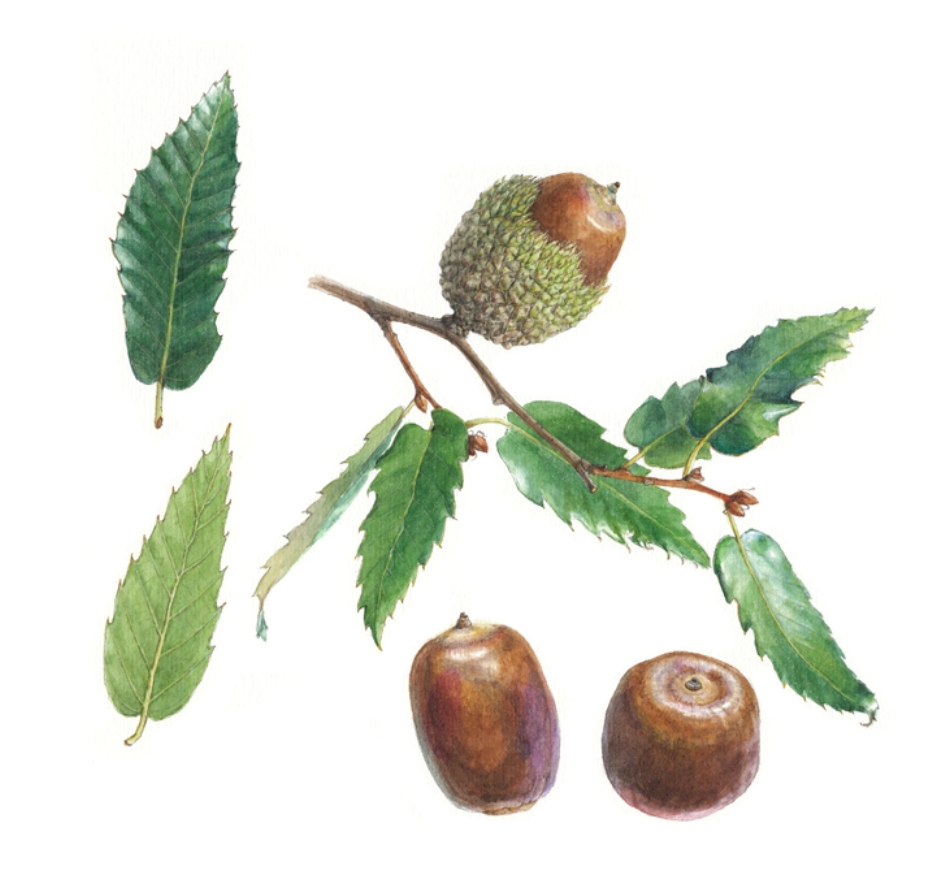 Description –
The Quercus trojana is a tree that can reach 15 meters in height but, spontaneously, often has an almost shrubby habit. It has a globose head and expanded horizontally, with a straight and branchy trunk to the base. The rind is furrowed and dark. The leaves are coriaceous, glossy, alternate, obovata-oblong lamina, serrated, up to 9 cm long and keep a green color throughout the winter to fall, now dried and burnt gold, only in the spring following that of training. The male flowers are in glomeruli arranged in thin catkins and equipped with a small perigonium of 6 tepals; the female ones are instead sessile and arranged on the branches individually or in small groups of 2-4.
The fruit is an acorn, formed by a globular achene, subtended at the base by a 2.5 x 3 cm hemispheric cupula, coriaceous, which wraps the achene with lanceolate scales of 2-3 mm.

Cultivation –
The fragno is a heliophilous and rather thermophilous species that does not love environments that are too dry. It prefers calcareous matrix soils but in Apulia it is also found on well humified red soil, deep and fresh, with a subacid reaction, with a moderate content of phosphorus and potassium. In this region and on horseback with lucania, it forms pure or mixed forests in the Murge region for about 450 hectares, in marginal areas not affected by the cultivation of the vine and the olive tree. These formations are generally governed by copse and in which cattle grazing is often practiced, mainly of cattle. These formations are periodically used for picking up wood and are structurally impoverished by shifts that are too close together. These areas, for their naturalistic interest should certainly be preserved with protective measures.

Uses and Traditions –
This species, present on both the Adriatic shores, would testify the presence of an existing land connection between the heel of the boot and the Balkan Peninsula in the Miocene (from 26 to 12 million years ago), in a period of general lowering of the level of the sea ​​due to the expansion of the ice caps (glaciations).
According to other scholars, however, the presence of the Fragno in Puglia has “historical” reasons, linked to the colonization by one of the most noble Mediterranean peoples of antiquity: the Greeks. Navigators by vocation, they used these trees for the construction of their boats, so that, after a first phase of only importing logs from the homeland, they began to grow it on site, so as to have more easily the timber that they needed for the ships. And in fact the Fragno, over the centuries, has continued to have a considerable economic importance for the local population: in areas where it is still abundant, it was preferred by man to other essences oaks and had various uses. Ruled almost exclusively in coppice, the wood of fragno provided, in fact, firewood with calorific value considered superior to other oaks, while, over the centuries, has been preserved the Greek costume that preferred this resistant timber in the realization of the hulls of fishing boats on the coasts Puglia. The acorns much larger than those of the Holm oak and the Roverella – ripen in fact in two years – represented an excellent and abundant food for grazing livestock, while, after the coppicing, the forest recovered quickly, sucking the suckers with exceptional vigor .
Whatever the reason why the Quercus trojana has come from is certainly a magnificent tree, which adds value to the already rich Italian flora; even the European Community Law recognizes its importance and inserts the pure and mixed Fragneti, among the Habitats of Community Interest according to the Habitats Directive 92/43 / EEC. The fragno wood is used today mainly as firewood.

Preparation Mode –
The fragno today has no particular uses from the food or phytotherapeutic point of view.