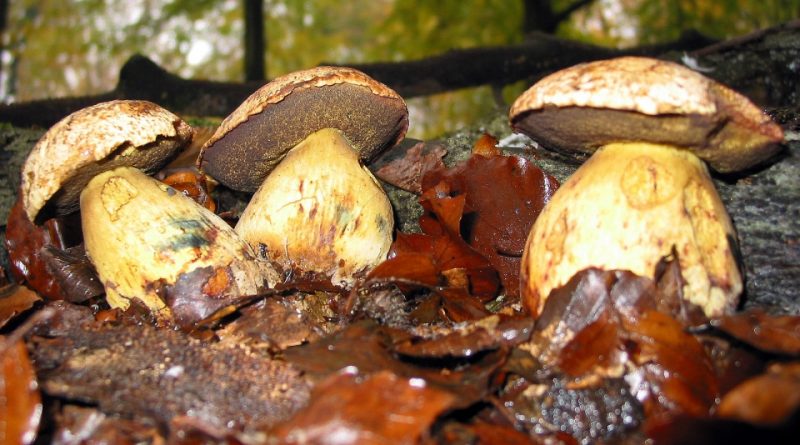 Systematics –
From the systematic point of view it belongs to the Domain Eukaryota, Kingdom Fungi, Basidiomycota Division, Class Basidiomycetes, Order Boletales, Family Boletaceae and then to the genus Boletus and to the species B. junquilleus.
The term Neoboletus junquilleus (Quél.) Gelardi, Simonini & Vizzini is synonymous.

Etymology –
The term Boletus is of controversial etymology: according to some it derives from the Greek βωλήτης bolétes, with which the Greeks called a kind of mushroom (from βωλος bólos with the meaning of gleba, clod, bush, because growing among the clods or bushy places); for others, the meaning of βωλος is to be extended to the ball, since the hat of most mushrooms is globose; for other authors it still derives from Bolites name with which the Romans indicated the best edible mushrooms, even if originally referred to only the ova (Amanita cesarea), but soon used to call also porcini. The specific epithet junquilleus comes from the Spanish junquíllo, yellow narcissus: for the color of these mushrooms.

Geographic Distribution and Habitat –
Boletus junquilleus is a symbiotic mushroom that grows in broad-leaved woods, especially under beech and oak and is found in the period between June and October. 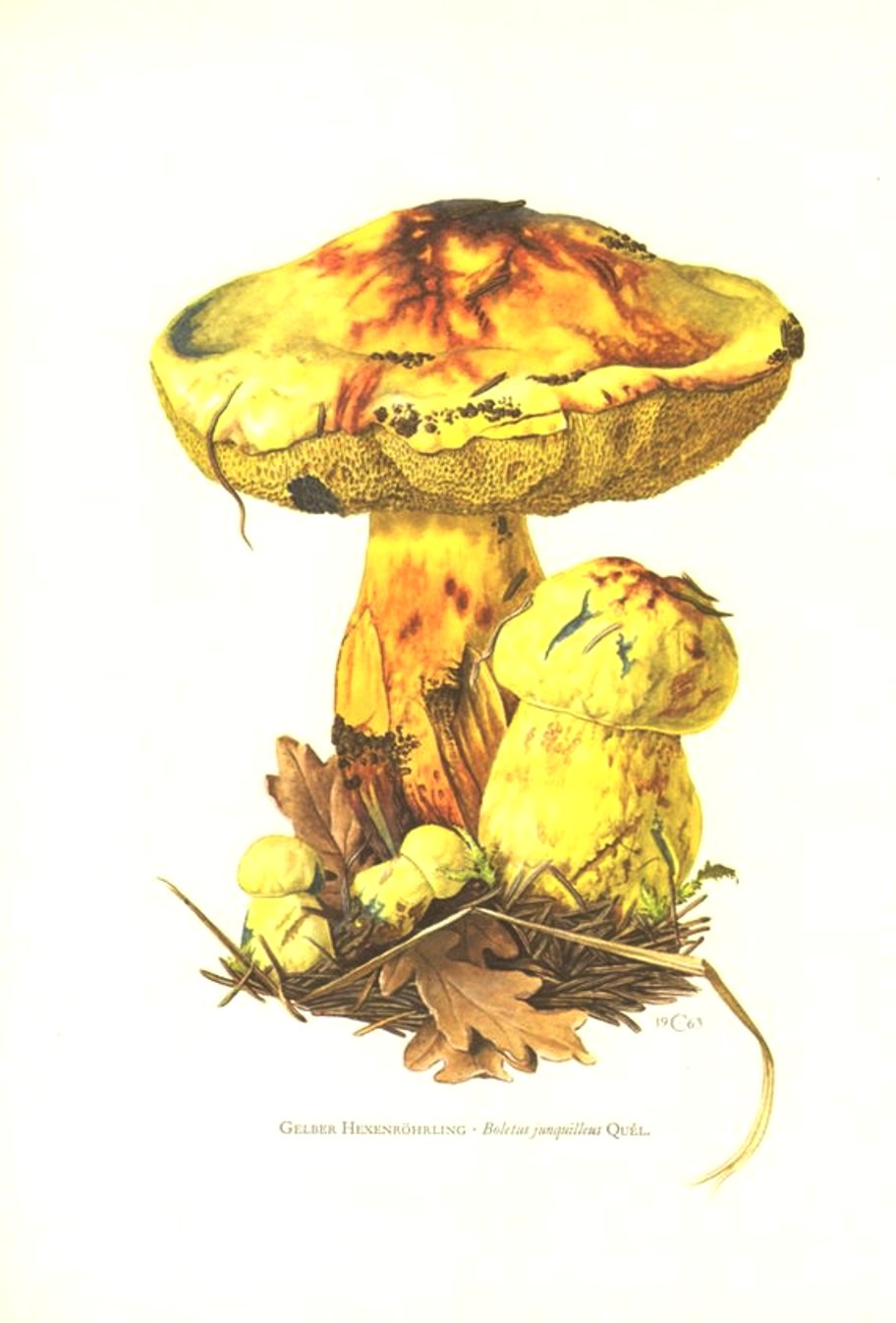 Recognition –
The rush-colored Boleto is recognizable by its cap, which can be up to 10.5 cm in diameter, first hemispheric, then flattened, thick and firm, with a dry cuticle, velvety, opaque, bright yellow, with pink or rust spots, to the touch it turns to the bluish. It has the involute edge, wavy, whole, smooth and the pores of bright yellow, then greenish, minute, irregular. The tubules are bright yellow, short, separable from the hat and the stem is 9-9.5 x 6 cm, lighter yellow than the hat, ventricose, attenuated at the base, radiant, firm, with less velvety surface of the cuticle of the hat, not cross-linked. The flesh is also a bright yellow color, which turns quickly to the blue more clearly on the cap and less on the stem, with an unpleasant odor and slightly sour taste. In the microscope analysis, brown spores are noticed in mass.

Cultivation –
The rush-colored boletus is not a cultivated mushroom.

Uses and Traditions –
Boletus junquilleus is a fungus of mediocre edibility that can be consumed better in a mixture of other mushrooms. In any case, it would be advisable to refrain from consuming, and therefore collecting, this species due to its rarity, since in some countries it appears in the red lists of protected species. The only species with which it could be confused is the Boletus xanthocyaneus (Ramain.) Romagn., Especially when it is young and its pores are yellow; in addition there are yellow forms of the Boletus erythropus which may have a certain resemblance.

Preparation Mode –
It is a fungus that can be consumed without any danger, although it may scare for its extraordinary and fast color change and, given its edibility is not excellent, it is recommended to be consumed in a mixture of other mushrooms also for storage in dried form or in oil.