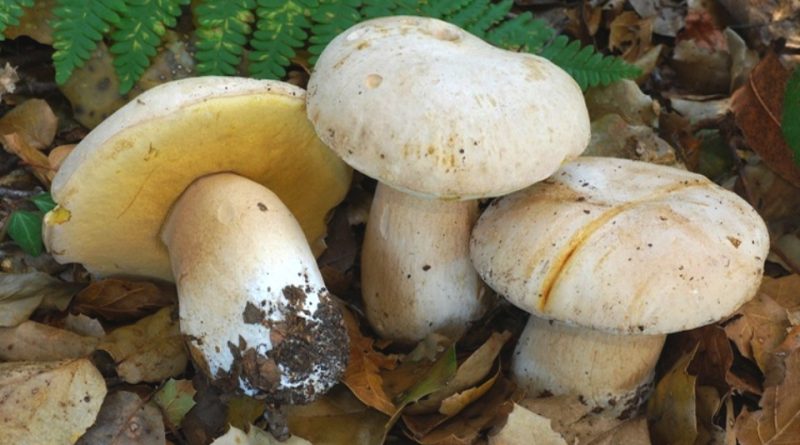 The Boletus of Chuck Barrows (Boletus barrowsii (Thiers & A. H. Sm., 1976)) is a porcine similar to the best known B. edulis and belongs to the Boletaceae family.

Systematics –
From the systematic point of view it belongs to the Eukaryota Domain, Kingdom Fungi, Basidiomycota Division, Basidiomycetes Class, Order Boletales, Family Boletaceae and then to the genus Boletus and to the species B. barrowsii.

Etymology –
The term Boletus has an etymological origin: according to some it derives from the Greek βωλήτης bolétes, with which the Greeks called a kind of mushroom (from βωλος bólos with the meaning of gleba, clod, bush, because growing among the clods or bushy places); others instead believe that the meaning of βωλος is to be extended to the ball, since the hat of most mushrooms is globose; for some authors it derives from Bolites name with which the Romans indicated the best edible mushrooms, although originally referred to only the ova (Amanita cesarea), but soon used to call also porcini. The epithet barrowsii was given in honor of Chuck Barrows who first hypothesized its existence as a separate species.

Geographic Distribution and Habitat –
Boletus barrowsii is a symbiotic mushroom that grows together with conifers and broadleaves, especially under Pinus ponderosa and Quercus agrifolia. It is present in an area between Arizona and New Mexico, but it is also found in Colorado and in the west in California and in other small findings. 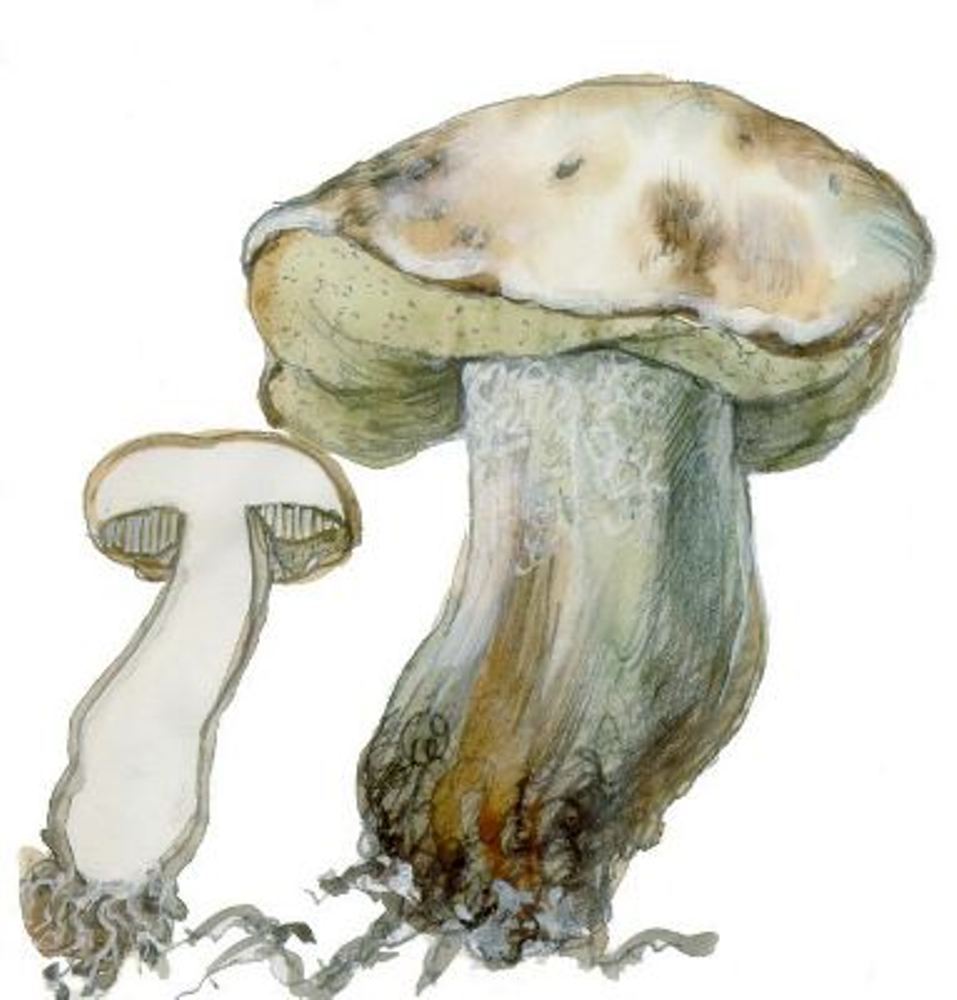 Recognition –
The Boletus barrowsii is recognized for having a hat between 6 and 25 cm in diameter, with a smooth cuticle, whitish, cream colored with pink hues. The pores are small, first white and then become yellowish-green with age. The tubules are 25 mm long, from white to yellowish. The stem is 6-20 X 2-6 cm, hard, whitish, in some cases with brownish spots, cross-linked, especially towards the apex. The meat is thin, white, immutable or imperceptibly turning blue near the tubules, with a grateful smell and taste. Microscopy shows spores of 13-15 x 4-5 μm, ellipsoidal, smooth, brown-olive in bulk.

Cultivation –
There is no news of cultivation or attempts to cultivate this fungus.

Uses and Traditions –
Boletus barrowsii was considered a color variant of B. edulis for many years and was identified by Chuck Barrows who studied the flora of New Mexico for a long time. Barrows, in his research, in fact noticed the groups of Boletus edulis with a different color and habitat from the biotype and for this reason he hypothesized that they belonged to a new species. In 1976 Alexander H. Smith and Harry D. Thiers carefully analyzed this fungus and agreed that they belong to a new species to which they gave the name in honor of Barrows.
The Boletus barrowsii could be confused with the Boletus satanas, also with pale colors, even if the latter flesh turns blue when it is cut and has a reddish stem and pores.
Boletus barrowsii is an edible mushroom, of excellent edibility, like the well known porcini mushrooms, and is highly appreciated in New Mexico, Arizona and Colorado, and has been eaten for many years despite being considered a form of B. edulis.

Preparation Mode –
The methods of preparation and conservation of this mushroom are very similar to other edible porcini including the B. edulis.