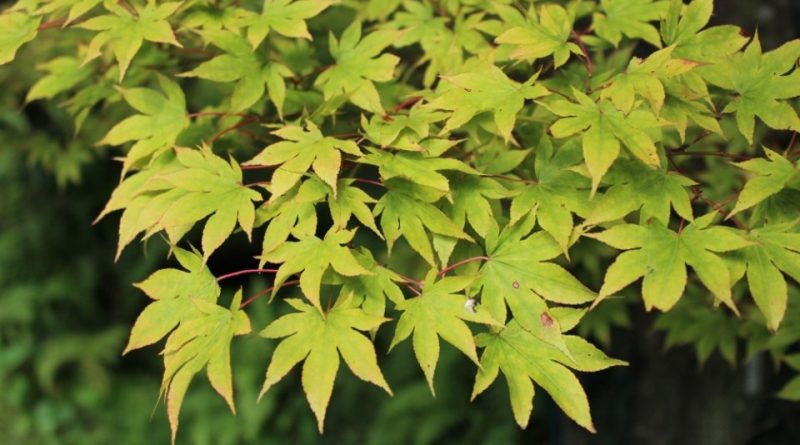 Systematics –
From the systematic point of view it belongs to the Domain Eukaryota, Kingdom Plantae, Magnoliophyta Division, Magnoliopsida Class, Order Sapindales, Family Aceraceae and then to the Genus Acer and to the Species A. palmatum.

Etymology –
The generic term Acer comes from the Latin name dell’Acero, cited in Pliny and Ovid. This name should derive from pointed, pungent acer acris, both for the pointed shape of the leaves and for the use of maple to make lances. The specific epithet palmatum derives from pálma palma, due to the shape of the leaves that recalls the palm of the hand.

Geographic Distribution and Habitat –
The Acer palmatum is a species native to the Far East, in an area located between Japan, Korea, Taiwan and China where it grows in hilly and mountainous forests of hardwoods in a temperate climate on soils rich in organic substance. Together with. japonicum, to the. shirasawanum, at the. sieboldianum, and to the. pseudosieboldianum is commonly called Japanese maple. 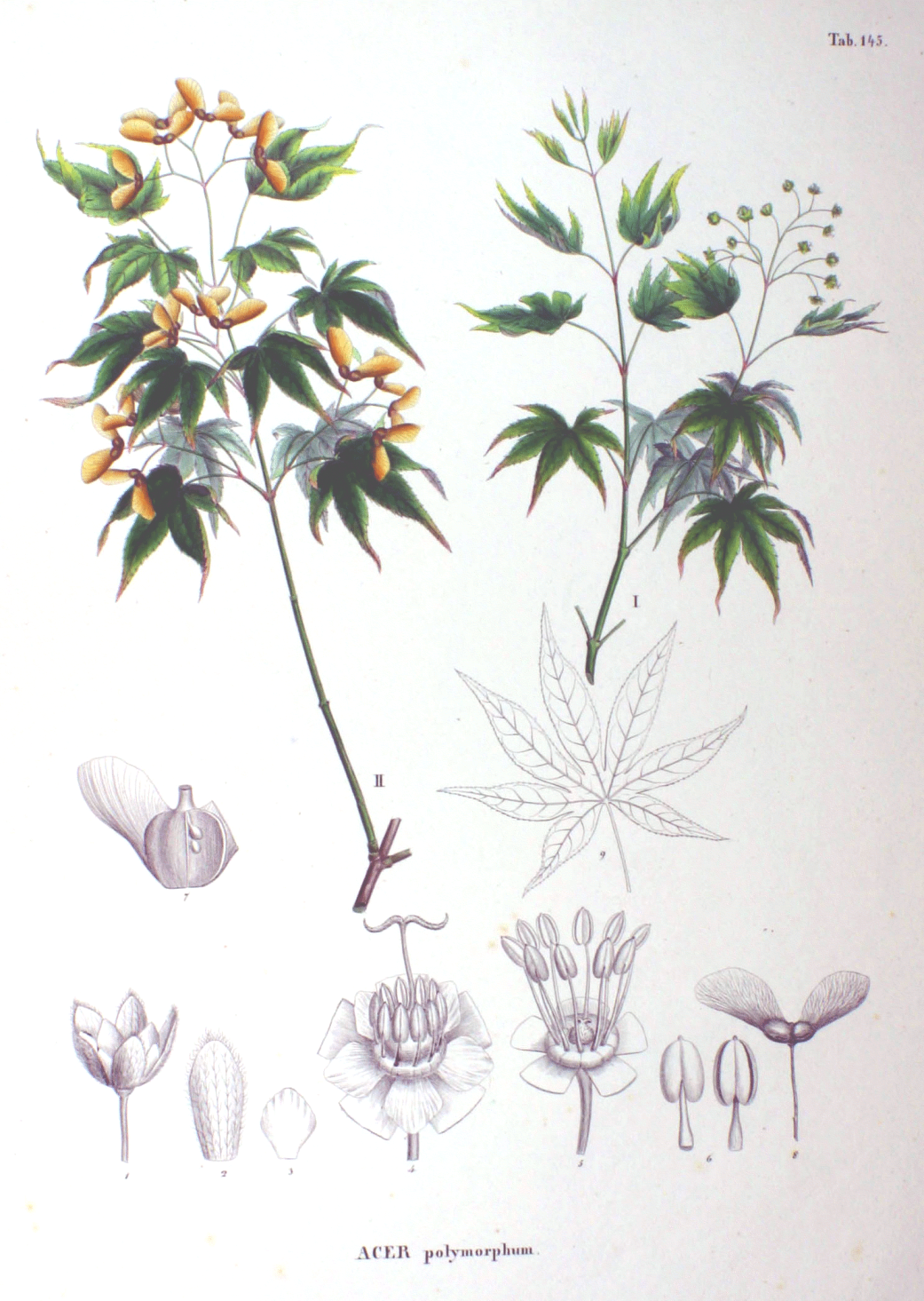 Description –
The Acer palmatum is a tree shrub up to 10 meters tall, has a slender and sinuous trunk, with light foliage and with gray-brown rind that varies depending on the cultivar. The leaves are deciduous, opposite, long and wide about 5-10 cm, with lamina divided into 5-7 lanceolate-pointed lobes; these have a more or less caudate apex and serrated margin, with a color that varies a lot depending on the cultivar, going from green-soft to purple-purple. The flowers are small and have a purple calyx and a white crown; they are united in patiform or erect corpses. The fruits are small samare with the part containing the roundish seed and the short wings, divergent about 160 °.

Cultivation –
The Acer palmatum has been cultivated in Japan for hundreds of years both for its bearing and for the beauty of the foliage, particularly evident in autumn when it takes on a bright red color. It is a species very cultivated in nurseries where you can find many cultivars, mainly reproduced by cuttings. It is a very sought after species for the bonsai technique, thanks to the great adaptability to the cultivation in pot. It is a plant that does not have particular needs of soil and altitude, normally growing between 100 to 1300 meters s.l.m .; however, it fears water stagnations and excessively cold currents and it is preferable to grow it in warmer climates, in shady areas especially for the green or variegated leaf varieties. Species unsuitable for pruning, especially when energetic.

Preparation Mode –
This Japanese Maple is not of interest for food or for particular medicinal or therapeutic essences.