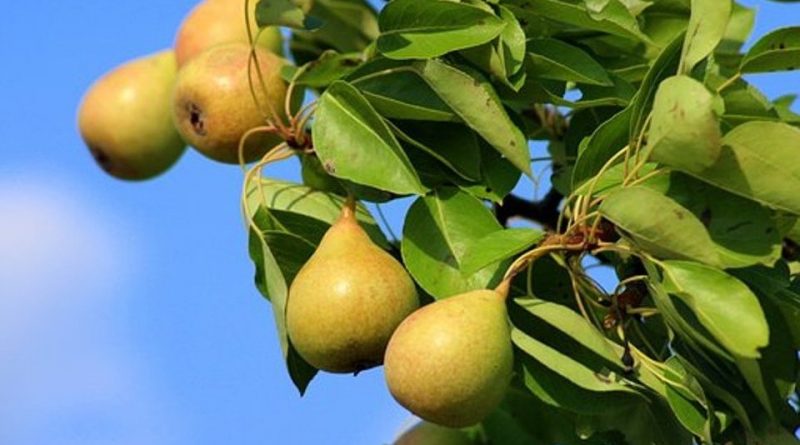 The peroro or wild pear (Pyrus pyraster (L.) Burgsd.) Is an arboreal species of the Rosaceae family.

Systematics –
From a systematic point of view it belongs to the Eukaryota Dominion, Kingdom Plantae, Subarranean Tracheobionta, Spermatophyta Superdivision, Magnoliophyta Division, Magnoliopsida Class, Subclass Rosidae, Rosales Order, Rosaceae Family and then to the Pyrus Genus and the P. pyraster Species.

Etymology –
The term Pyrus comes from the Greek πῦρ, πῠρός pyr, pyrós fire: because of the conical shape of its fruit. The specific epithet is the derogatory of pyrus pear: perastro, pero selvatico.

Geographic Distribution and Habitat –
The area of origin of the Pyrus pyraster goes from Central-Western Europe to the Caucasus while it is not found in Northern Europe; this species blooms and leaves the leaves at the same time from April to June. 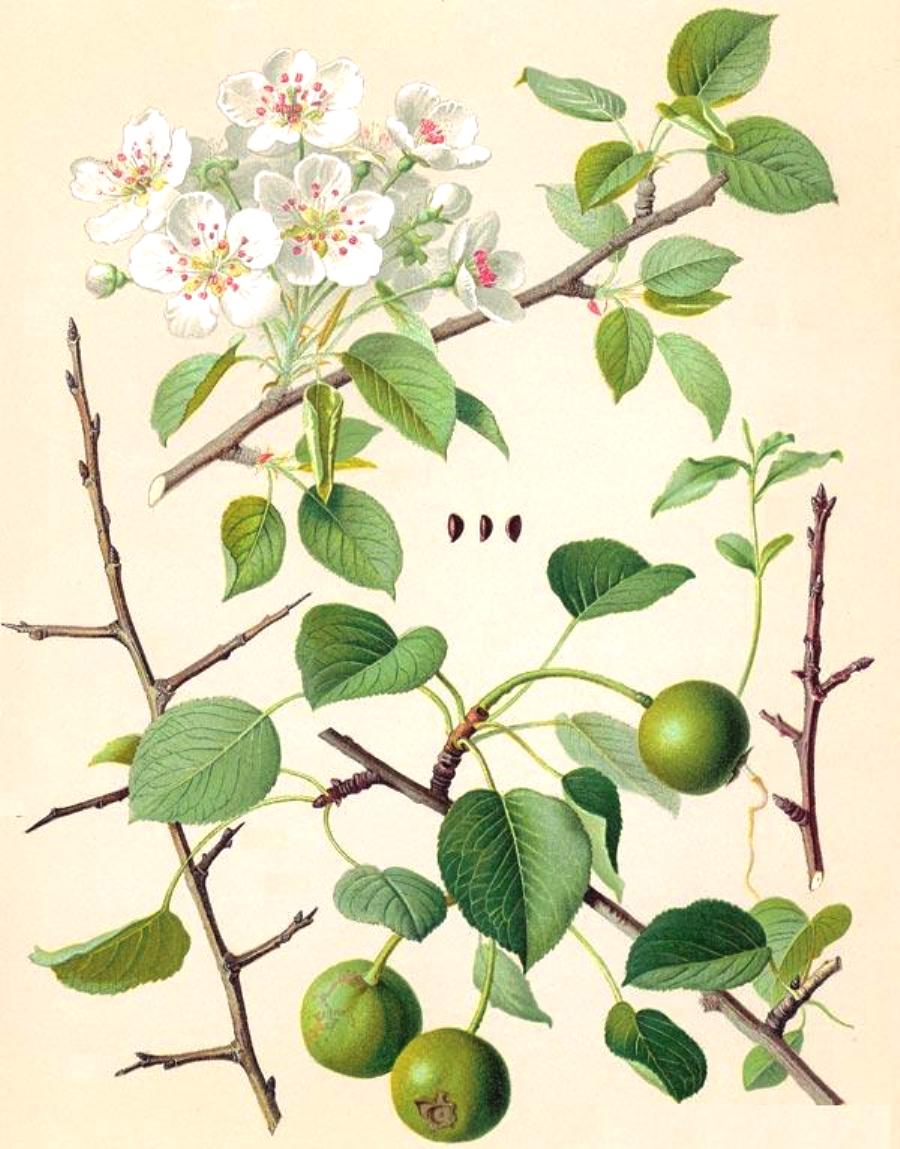 Description –
The Pyrus pyraster in its natural state can grow as a simple 3-4 m long shrub but it can grow and reach the stage of a tree that can even reach 20 m. It has branches with thorny maturity at the apex with deciduous leaves, ovate and with serrated margins. The flowers are with white petals and stamens equal to the length of the styles. The fruits that have the shape of small bells with a diameter between 1 and 4 cm, yellow-greenish and sometimes with red hues, ripen late in the summer. The pulp is hard and astringent in the beginning but becomes sufficiently sweet when fully ripe.

Cultivation –
The perastro is cultivated and prefers temperate and cool climates but does not like intense colds, drought and high temperatures. It prefers loose, deep and drained soils, rich in organic substance and not asphyxiated, with stagnant water and excess limestone.

Uses and Traditions –
Pyrus pyraster, together with Pyrus caucasica (syn. P. communis subsp. Caucasica) is the progenitor of the common pear cultivated in Europe (Pyrus communis subsp. Communis). However, it is often difficult to distinguish between the perola and the common pear tree. According to some authors, however, Pyrus pyraster and Pyrus amygdaliformis would be two botanical varieties of Pyrus communis, for which not even the wild pear tree would be indigenous. Perastro is a species that has great botanical variability, such as the shape and the hairiness of the leaves, the size and the color of the fruit.
The consumption of wild Pear is lost in the mists of time; remains of seeds have been found in pile-dwelling settlements. For the Romans these fruits were too hard, so they were above all to make selections obtaining about forty larger and luscious varieties. The wild pear tree can reach even 150 years.

Preparation Mode –
Wild Pear is consumed when it reaches full maturity as a fruit or is used to prepare jams or syrups. It is used in some typical recipes that are lost in the traditions of the centuries.