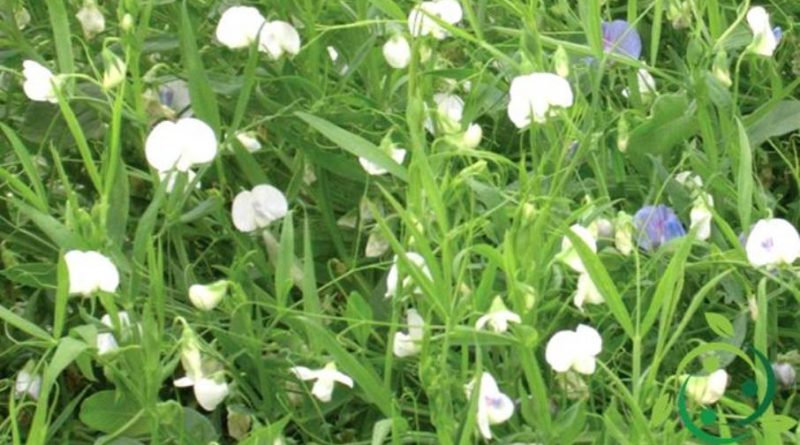 How to grow the cicerchia

The cicerchia (Lathyrus sativus L., 1753) is a legume of the family Fabaceae, very cultivated for human nutrition in Asia, East Africa and also limited in Europe and other areas. It is a very important crop in areas with particular drought; It is in fact called an insurance crop because it provides a good harvest when other crops fail. The cicerchia is also known by the names of grass pea, Indian vetch, Indian pea, white vetch, almorta, guija, pito, tito or alverjón (Spain), chícharos (Portugal), guaya (Ethiopia), and khesari (India ). In Italy the cicerchia is cultivated and consumed in some areas of central and southern Italy and is unfortunately in constant decline. In this sheet we see how to reintroduce and how to grow the cicerchia.
For the cultivation of the grass pea, it must be taken into account that it is an annual legume, which produces a pod containing from 2 to 5 seeds; the seeds are crushed, rather angular, of white or brown marbled color, of 4-6 mm of diameter and of about 270 mg of weight.

As for its environmental needs it must be emphasized that the cicerchia is a microterma plant with intermediate thermal needs between those of lentil and those of chickpea. It adapts to very thin and pebbly soils, provided they are not subject to stagnant water.
For the cultivation technique it is advisable to sow mostly in the fall to be harvested in June-July. The recommended sowing is in rows at 0.40-0.50 m, with 100-120 Kg / ha of seed, even if someone goes a little further for reasons of greater competition with weeds.
For its collection it must be taken into account that its extreme rusticity allows this plant to give productions superior to those of other legumes, such as lentil, in very thin and adverse environments. The production averages about 2-2.5 t / ha of grain, in good growing conditions. Like all legumes it must be placed in rotation with cereals, and being a very rustic plant, it can take advantage of the fertility residues of these and be in turn supplying nitrogen for the following cultivation.
The cicerchia also finds use as a grass plant. For this purpose, however, other related species are more frequently used: the Lathyrus cicera, cicerchiella or moco.
Among the adversities and the pests it should be remembered that the grass pea can be first of all damaged by the hot winds and excessive heat, which is often attributed to the shrinking of the seeds. The tuna, the Afide Siphonophora viciae Kalt, are also harmful to the crop. and the Uromyces fabae (Pers.) De B.