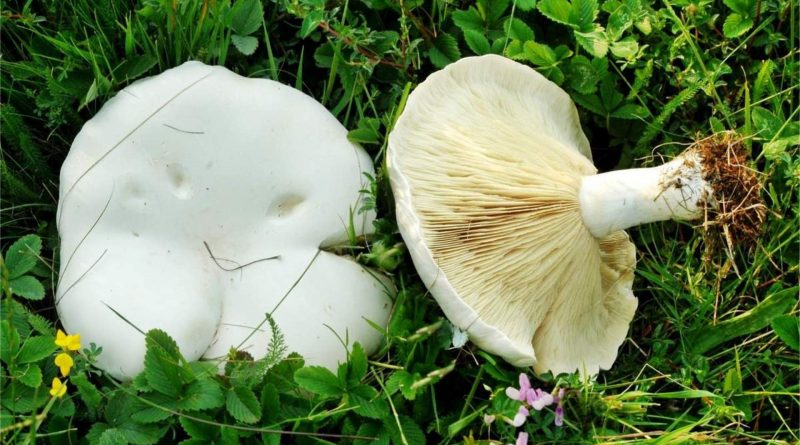 Leucopaxillus lepistoides (Maire) Singer is a very large and rare edible fungus from the Tricholomataceae family.

Systematics –
From the systematic point of view it belongs to the Domain Eukaryota, Kingdom Fungi, Basidiomycota Division, Class Basidiomycetes, Order Agaricales, Family Tricholomataceae and then to the Genus Leucopaxillus and to the Specie L. lepistoides.

Geographic Distribution and Habitat –
Leucopaxillus lepistoides is a not very frequent fungus that grows both in autumn and, more abundantly in spring, in meadows and pastures and in moist meadows in the mountains and in needle-like or deciduous forests, pine and olive trees, etc.. 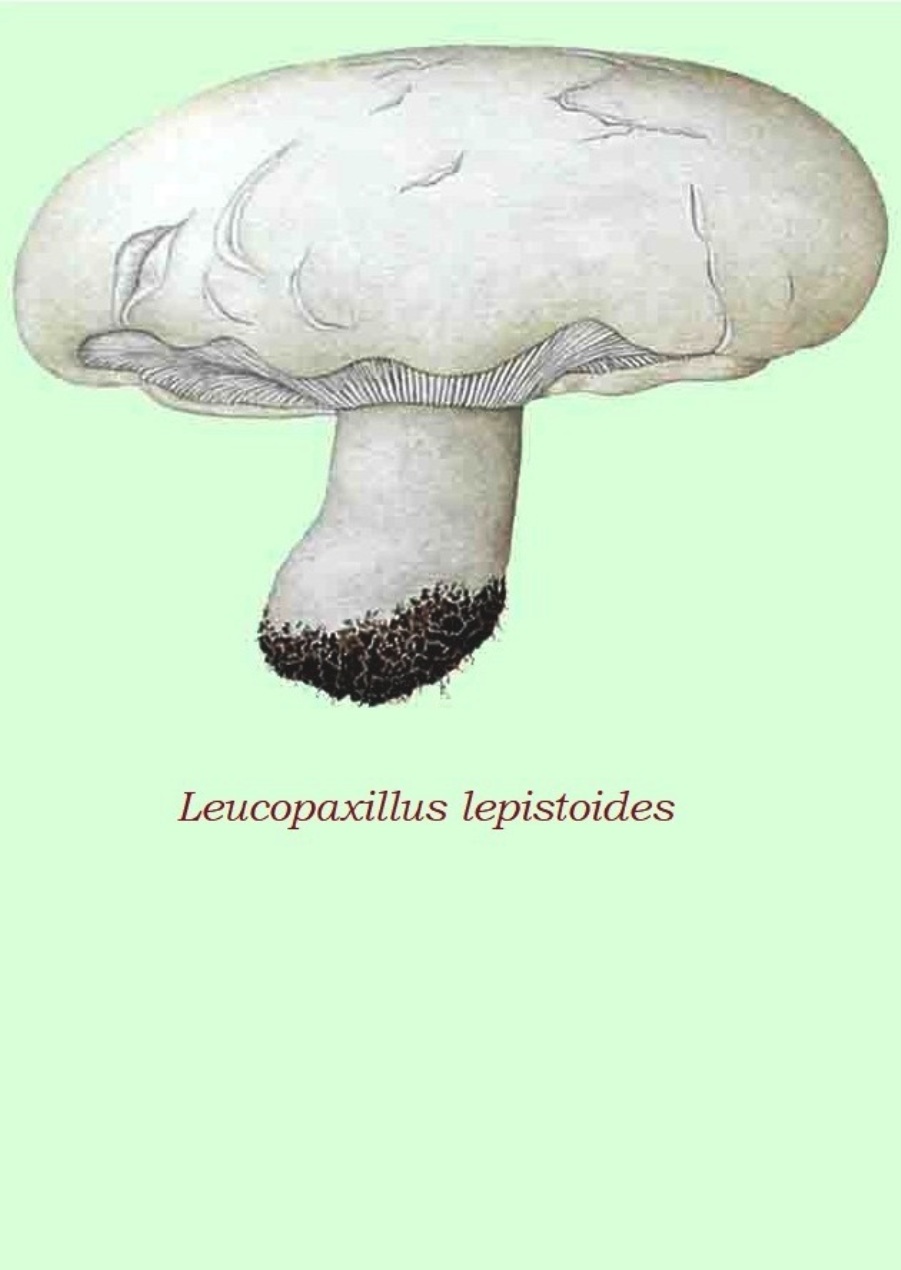 Description –
This mushroom is characterized by a very large and full-bodied hat, up to 30 cm in diameter, complete development, fleshy, first hemispheric, then plane-convex, but never completely smoothed, with long involute margin that can be cracked in dry weather . The cuticle is moist, fat, elastic, smooth, which in the older specimens dissociates into characteristic areolas. The lamellae are very dense, low, slightly decurrent on the stem, whitish with gray-green reflections in the young specimens, interspersed with lamellulae of various lengths. The stem is short and massive, claved, thickened near the base, the same color as the hat. The flesh is firm, compact, which at maturity becomes a little soft in the cap, while in the stem it is hard and fibrous and the section turns to greenish-gray giving it a marbled appearance, whitish in the rest of the mushroom, sweet taste floury, floury-sperm complex odor.

Cultivation –
There is no documentation of cultivation of this fungus.

Uses and Traditions –
Leucopaxillus lepistoides is an excellent fungus (although in some bibliographical findings it is reported strangely as a fungus of little value) but little known by amateurs, since it is quite rare; currently it is recognized as one of the best mushrooms in terms of size and yield. It is, as mentioned, a fungus relatively difficult to find, which appears in the same places in some years in spring and others in autumn; moreover, despite its considerable size, it is perfectly camouflaged in the surrounding environment because it resembles stones. Because of its size and consistency, a single mushroom is enough to make a good dish. Fructification usually occurs in small groups of individuals arranged in a zigzag or circle. This fungus does not bear fruit every year, which makes it a rare mushroom. Given the rarity it would be advisable not to collect it.

Preparation Mode –
Due to the consistency of its meat, especially of younger individuals, it can be prepared and stored in almost every way.