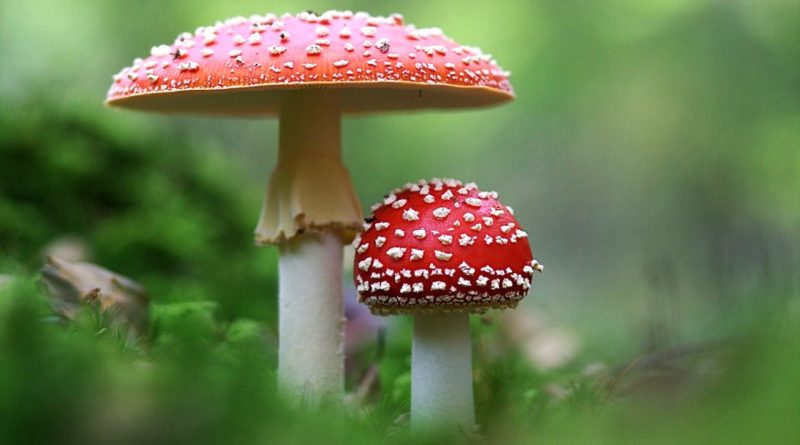 The malefic ovolo (Amanita muscaria Linnè, 1783) is a symbiotic mushroom, poisonous and among the most conspicuous ever.

Systematics –
From the systematic point of view the malefic ovulus belongs to the Eukaryota Domain, Kingdom Fungi, Basidiomycota Division, Class Agaricomycetes, Order Agaricales, Family Amanitaceae and therefore to the Genus Amanita and to the A. Muscaria species.

Etymology –
The term Amanita derives from the name of Mount Amanos of Asian Turkey or from the Greek ἀμᾱνῖται amanítai, a name given by the ancient Greeks to mushrooms in general; the specific epithet derives from the practice adopted in Northern Europe where pieces of the mushroom were placed in water or milk to attract flies that remained stunned.

Geographic Distribution and Habitat –
The Amanita muscaria is a widespread fungus throughout the national territory where it can be found in summer and autumn (from May to November), under coniferous and broad-leaved trees, especially in mountain forests (broad-leaved and coniferous) and also in Mediterranean habitats especially in acid soils under the Eucalyptus. 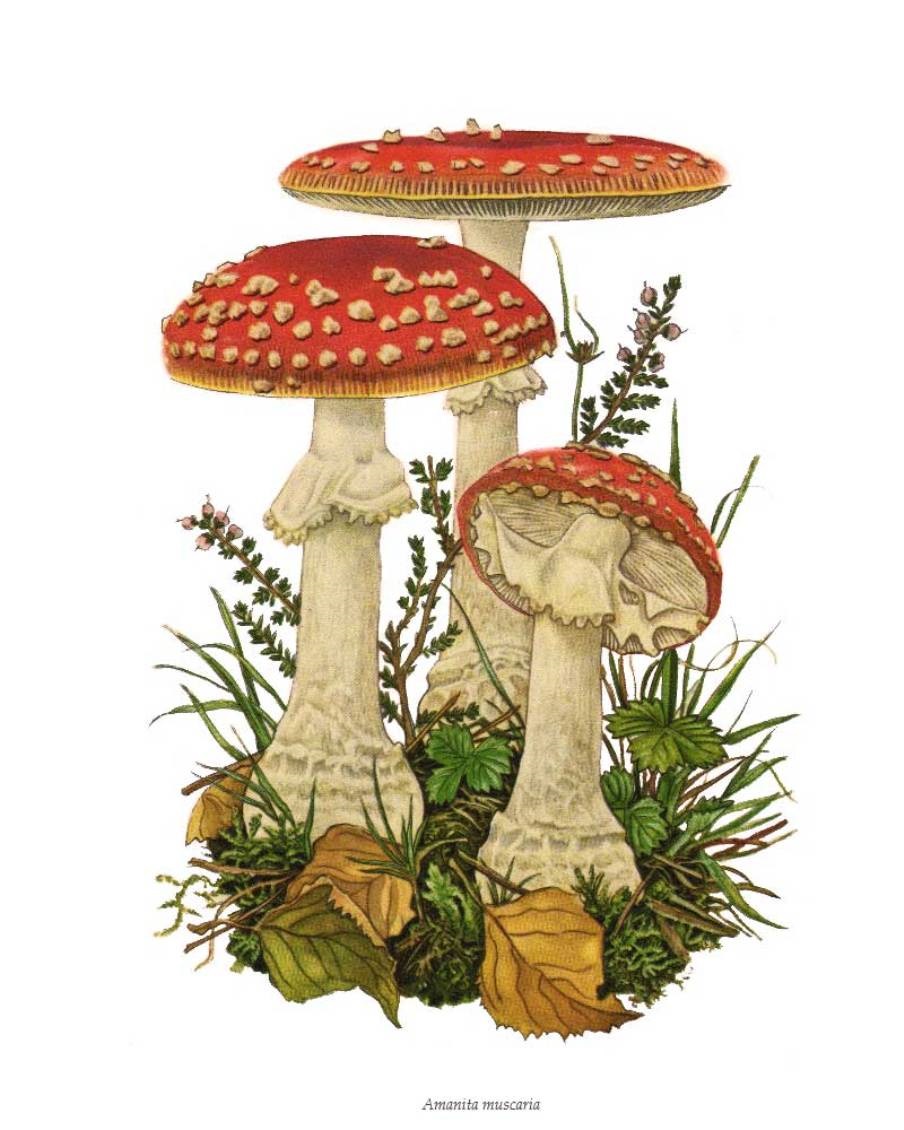 Description –
The Amanita muscaria hat has a width of 7-25 (30) cm, which when young is globular, then hemispheric and then expands, becoming convex until depressed in the center, with an orange-red to a dark red color, viscous with wet weather, covered with white warts that tend to disappear over time. The spaced lamellae are whitish or yellowish in color, lower towards the stem, with the presence of lamellulae. The stem is 10-25 × 1-3 cm, white, rectilinear, slender, slightly enlarged at the base in a bulb. The volva is white, friable, soon dissociated in pearls, warts, pustules. The meat is compact in the hat, more fibrous in the stem, white with some yellowish tinge under the pileo, without particular smells and with a sweetish taste, pleasant and very soft. It is poisonous; in fact it causes panterinic syndrome, a short incubation (two, three hours after an ingestion).

Cultivation –
Mushroom not grown both for its symbiont feature and its poisonousness.

Uses and Traditions –
Historical testimonies also very ancient (such as the cave paintings in the Sahara desert dating back to the Paleolithic (9000-7000 BC)) confirm that the psychotropic properties of Amanita muscaria were known from ancient times and that this fungus was used for religious rites throughout the world. In Siberia only in recent times has its use been replaced by that of vodka. In some European countries the fungus is used as a stimulant due to its neurotropic effect, while in others, such as Japan, it is consumed after prolonged boiling, or after brine and prolonged washing. In some peoples of Northern Europe and South America, it is still used as a psychedelic.

Preparation Mode –
The Amanita muscaria is a poisonous mushroom; causes panterinic syndrome, a short incubation (two, three hours after an ingestion) and is also responsible for gastrointestinal syndrome and muscarinic syndrome. This mushroom, however, especially in the past, even in various parts of Italy, was eaten after elimination of the toxic and psychoactive active ingredient of the fungus, through different procedures for the elimination of some parts and processing (brines, cooking, preservation, etc.) .