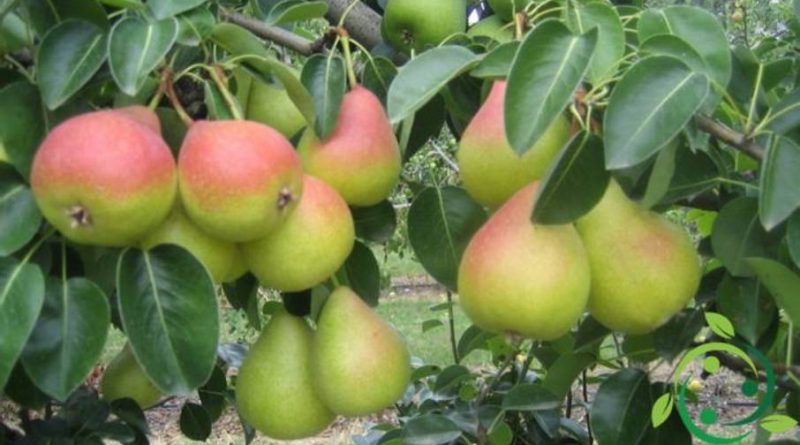 How to grow the pear tree in a biological way

The cultivation of pear trees (Pyrus communis L.) is one of the most widespread crops in the world, both for the consumption of its fruits (actually false fruits) in the fresh and transformed state; for a good organic cultivation you have to follow small but simple precautions. The pear tree is a medium tolerant cold (less apple than to be clear) as it blooms early. For this reason, when the winter is colder, more late varieties should be chosen. As for the type of soil it is good to discard the calcareous soils (especially if you use the quince as rootstock).

The pear plant is routinely done with two-year-old seedlings (bought in nurseries) at the end of the winter in 60 x 60 x 60 holes where you will put ripe manure or compost mixed with the same land of the hole. If the seedlings are bare-rooted it is advisable to place these in the bathroom with a mixture of fresh manure for half an hour; in this case placing the seedling in the hole take care not to bend the roots and pull the same until the grafting point is higher than the ground level. At this point the earth should be slightly compacted and watered instantly. The irrigation technique in the pear tree is mandatory in the period that goes from May to September. For the choice of rootstock it is good that you have advice from a trusted agronomist who will then know the characteristics of your land.
A suggestion that we give to the plant of the pear is to include nearby other varieties of pear with contemporary flowering, other plants that bloom simultaneously to attract bees and, even better, insert beehives because the bees because of the degree sugary pear flowers are not very stimulated to settle on these flowers. The recommended medium size of the plant is 4 x 4. For the best organic cultivation is the mulching technique that integrates with the winter dessamations and the integration with ash in the late winter period.
For the shape of pruning this, for large plants, can be a spindle while for plants on small surfaces we recommend the pot, keeping well ventilated the inside of the plant and pruning slightly every year (eliminating in summer even the suckers and succhioni), taking into account that the fruit bears fruit on mixed branches, lamburde and brindilli with different prevalences on one or the other depending on the variety.
Among the main adversities of the pear we remember the scab, against which to intervene with macerates of horsetail or dandelion; we remember the brown or alternating Maculatura, against which one can work with the Bordeaux mixture; the powder that can be kept at bay with sulfur (but pay attention to its cytotoxicity). Among the most feared insects are the Carpocapsa and the Psilla. For the latter the wash with Marseilles soap is optimal; while for the Carpocapsa the treatments based on Neem oil are more useful.
Among the most used varieties of pears we mention: the classic Abate Fetel, Conference, William, Passa Crassana, Decana del Comizio and Kaiser but, in this sense, we must redo a work of recovery of all those varieties that characterized our campaigns and that, for obvious ecological reasons, they would adapt better to their habitat.