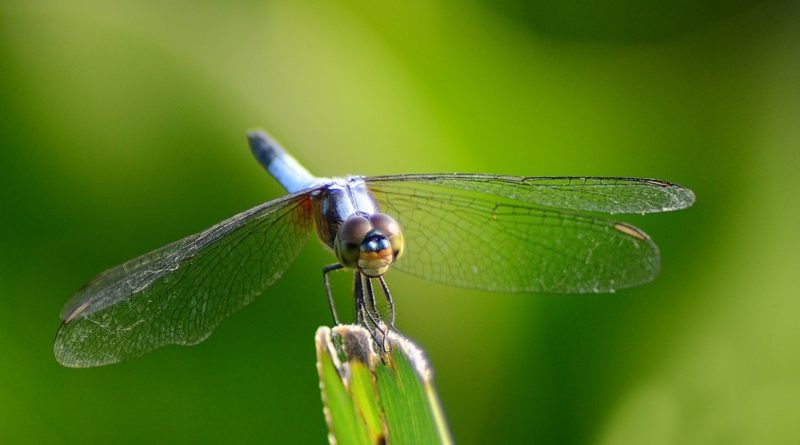 Insects and Agriculture: a non-existent binomial

This contribution tends to make it clear on a subject that is often unknown even in technical areas.
With my great surprise I could see that there is an incredible misinformation that, if justified among ordinary people, is not with technicians and professionals from the agricultural world.
When we hear about insects, we often come up with arguments that make us understand how the role of these living things is not even less appreciated. Apart from the role, here too little known pollinators (ie those insects that carry pollen from one flower to another allowing pollination and the consequent formation of the fruit) the ecological function of insects is much more complex appearances. Indeed, for us common mortals and especially for many farmers, insects play a single function: that of an annoying disadvantage to get rid of.

Even entomological literature often makes a big mistake in classifying useful insects and harmful insects. This summary classification has no basis, neither scientific nor suffraged by any rational and concrete epistemological basis. The only classification that has taken place today was the one related to the impacts of the presence of insect populations on agro-crops. So the usefulness of these living people is lacking in an ecological basis as their “damaging” presence on agricultural crops has always been evaluated as an effect but almost never as a cause: with a good pace of ecological science.
The role of insects in the ecosystem integrates and completes that of other living things anchored to the soil (plants, etc.) and animals (both volatile and non-animal). They function as a “postini” function of masses and information without which the entire ecosystem would collapse in the short space of a few years.
They are therefore carriers through which Nature completes its complex ecosystemic and thermodynamic model and without which the energetic function of the ecosystem (which in fact does this) could not be completed.
The presence of periodic and / or local increases of some species on others is always and in any case the effect of a cause that must be sought in the ecological error of those who put the hand to Nature.
We explain this concept a little bit better: in nature, the roles of energy sharing and functions are divided into as many individuals as possible with specific, complementary and subsidiary responsibilities. Whenever we act on it by external factors, nature tends to recover the balance and, among others, uses particularly insects to post new “information” that would allow, if not interfered man, to restore the status quo.
Therefore, when the modern civilization has set up today’s agriculture (specialization, monocultures, large mechanization, chemical fertilizers, pesticides, etc.) Has created a system does not conform to the ecosystem and therefore not sustainable.
The fact that a dominant culture wants to bend the ecosystemic quality to the industrial one (homologations, standards, etc.) tells a lot about the non-scientificity, and hence the false technical applications on which modern agriculture is based.
Among other things, the evidence now increasingly concrete of a shy research in the field of agricultural and food quality as well as denote this is obviously lacking in the presence of specialty crops and much higher in the presence of intercropping / rotations, etc ..
The tests in various companies and research also conducted by the undersigned (biological control programs of CNR) are irrefutable: the companies conducted with criteria as they are close to ecological models are the ones that have the most energy and therefore economic performance.
The biggest mistake that is made in the ordinary accounts of modern farm businesses is that the budget does not include the environmental costs that are far superior to those of the apparent profits and in the end who we are all (not just insects).
The question is very delicate and can not be solved at this stage of the story neither scientifically nor technically; it is an aspect of the Upper Order; that is, a vision of Reality that today unfortunately escapes to a dominant culture in the economic and financial world and the wrong economic balances we have to attend.
European Agricultural Policy, Rural Development Programs and Implementing Provisions do not go in this direction further aggravating the gap between the Ecosystem and the Economic World. We are at the maximum tension of the elastic; if this were to break the consequences would be catastrophic.
Meanwhile, insects, from a recent survey, are declining all over the globe, and without them ecological “posts” will no longer be able to function with the collapse of the entire ecosystem.
We expect the World of Culture and Politics to deal with these arguments before they are the subjects of definitively dealing with humanity.