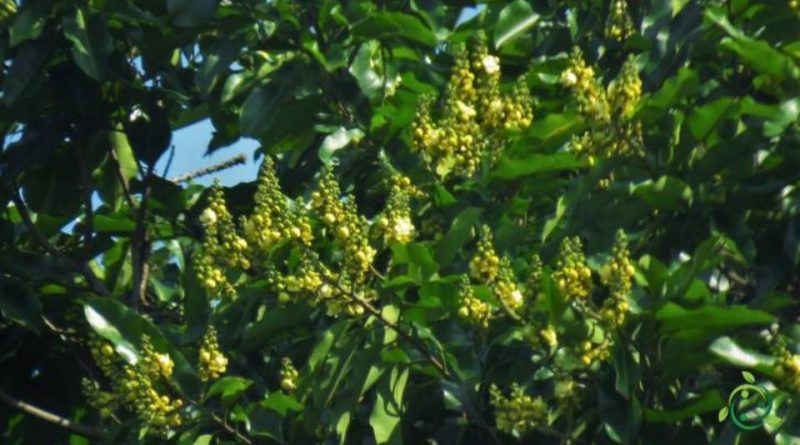 How the Brazil nut is grown

The Brazil nut or Amazon nut (Bertholletia excelsa Humb. & Bonpl.) Is a tree of the Amazonian forests, about 30-50 meters high, of the Lecythidaceae.
The large woody fruits the size of a coconut, known in botany as pixidii, ripen between December and March, the period that corresponds to the season of greatest rainfall.
This plant grows wild in the forests of the southern Amazon, between Brazil, Peru and Bolivia and has so far resisted any attempt at domestication. Therefore the production of Brazil nuts derives entirely from wild plants.
The Brazil nut grows only in tropical climates with always high temperatures, which hardly fall below 20 ° C, and the relative humidity is close to saturation, thanks to a continuous and abundant rainfall that oscillates between 1500 and 2500 mm per year .
This is why the Brazil nut grows spontaneously only in areas where the dry season lasts from 3 to 5 months.
In fact, cultivation in industrial plants is very rare, in some areas of Malaysia the results were not very encouraging; some specimens are found in tropical botanical gardens outside their places of origin.
From a biological point of view, the Brazil nut is a self-sterile species, for which it requires cross-pollination, operated by some hymenoptera insects which, unlike the common bee and other pollinators, are wild and are found only in the Amazon rainforest of places of origin.
The flowering period, which occurs at the end of the rainy season, begins in September and ends in February, with a peak in October, November and December.
About 15 months must pass from flowering to maturation of the walnuts, maturation which occurs between December and March, the period in which most of the rainfall is concentrated; in this way both flowers and fruits can be present on the same plant in different stages of growth.
Following the rain, the spongy epicarp of the fruit swells and, subsequently, due to the weight and action of the wind, it falls to the ground. After a few days, due to the effects of microorganisms and insects, the spongy parts are removed, remaining the large woody shell of the fruit. In its natural state this fruit is opened only by aguti, a large rodent of the forest and in a longer period by termites. Inside the woody clove-shaped capsule there are on average between 12 and 20 edible seeds, the real nuts. The latter are also protected by a woody shell.

Cultivation technique –
As mentioned, up to now, all cultivation attempts outside its natural range have not been successful.
Cultivations are being attempted in Malaysia and other areas using the grafting technique in order to anticipate fruiting, which takes place in the 10-12th year, reaching high yields only in the 30th year.
Grafting is carried out directly in the open field on the seedlings two years after planting and the planting spans are in a framework of 10 X 10 m.
This technique allows the entry into production occurs in the sixth year, but the production of the following years is around tens of kg per plant, while a tree that develops spontaneously around the 30th year produces 200-400 kg of walnuts.
Furthermore, to solve the problem of specific pollinating insects, orchids must be planted, however compared to the forest environment, being in the presence of a lower biodiversity, the trees bear much less fruit.
This problem would be overcome with the development of self-fertile plants which would facilitate the cultivation of the Brazil nut as the presence of these pollinating insects would no longer be necessary.
Pixidii are collected by the natives who periodically check under the trees from December to March. The intact capsules are piled up and opened with special blades; walnuts can be sold in local or international markets with or without shell.
The walnut extraction technique is performed with shelling machines after immersing the pixidii in water for a whole day and then boiling for 3-5 minutes to soften the shell; the shelled yield is around 30%.
Walnuts contain 65-70% fat, so they are also used for the production of edible oil which, however, is not storable and easily rancid.
In addition, walnut, whose flavor is halfway between that of common walnut and coconut, is highly appreciated for their caloric value and for the richness of amino acids.