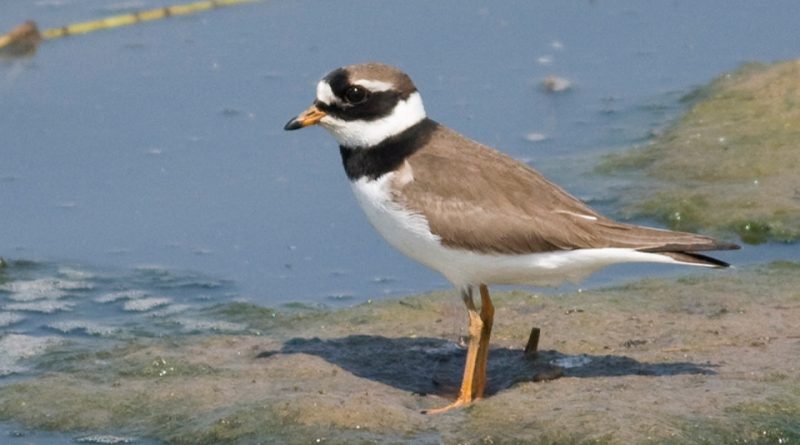 The Common ringed plover (Charadrius hiaticula Linnaeus, 1758) is a bird belonging to the family of the Charadriidae.

Systematics –
From the systematic point of view it belongs to the Eukaryota Domain, Animalia Kingdom, Phylum Chordata, Subphylum Vertebrata, Aves Class, Charadriiformes Order, Charadriidae Family and therefore to the Charadrius Genus and to the C. hiaticula Species.
Three subspecies of this species are recognized which differ slightly in size and color of the coat:
– C. h. psammodroma Salomonsen 1930: present in Iceland, Greenland, north-eastern Canada, which spends the winter in West Africa. It is intermediate in size and color;
– C. h. hiaticula Linnaeus, 1758: present in temperate western Europe north of central Scandinavia; resident or short-distance migrant in South-Western Europe. It is the largest and lighter colored subspecies;
– C. h. tundrae Lowe, 1915: present in Arctic northern Scandinavia and Asian Russia; it winters in Africa and south-western Asia. It is the smallest and darkest subspecies.

Geographic Distribution and Habitat –
The Common ringed plover, thanks also to its subspecies, colonizes a vast range that includes all of Europe and Africa, most of Asia, from the Arabian Peninsula to India and Siberia, Greenland, Alaska and the northern provinces of Canada.
It passes through Central Asia (Mongolia, China), Eastern Asia (China, Korea, Japan, the Philippines), Indochina, Australia and New Zealand, on some Caribbean islands and in the eastern provinces of Canada.
in Europe, the southern limit of the nesting area is represented by northern France and the countries bordering the North Sea and the Baltic Sea. The southernmost populations are almost totally resident, while the others are migratory. European populations winter along the Atlantic coasts from southwestern Europe to Great Britain, in the Mediterranean basin, in Africa, the Arabian Peninsula and the Persian Gulf.
The nesting habitat of this bird is represented by open land on beaches or apartments throughout northern Europe and Siberia and in arctic areas of the north-east and Canada.
In Italy it is regular migratory and partially wintering. 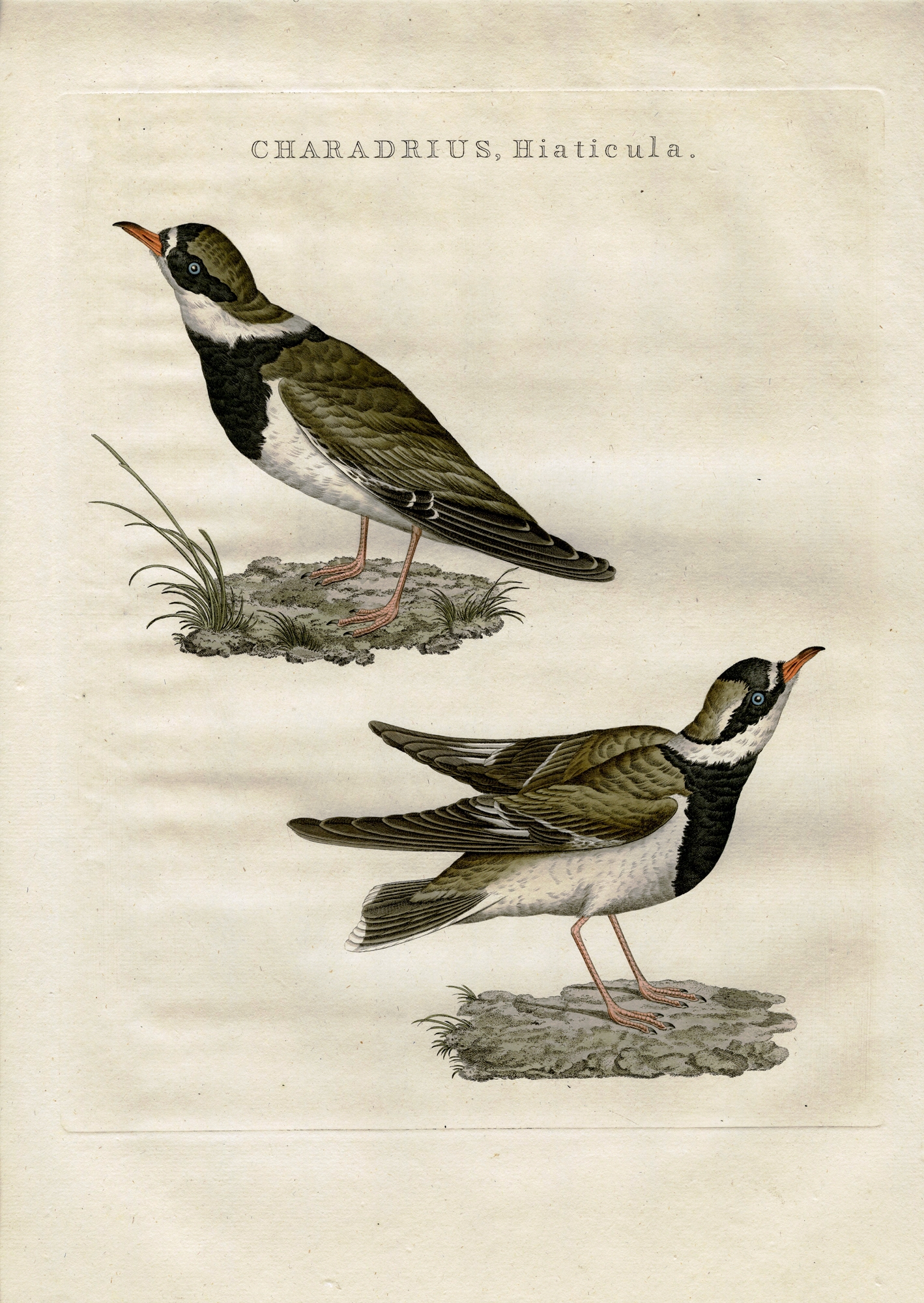 Description –
The Charadrius hiaticula is a bird with a length of 18-19 cm, a wingspan of 39-43 cm, for a weight of 60-80 gr.
It presents a sexual dimorphism between male and female.
The male in wedding dress has the upper parts predominantly brown, with a characteristic black and white design on the head and a large black pectoral band clearly contrasting with the throat and the completely white lower parts. It also has a noticeable white eyebrow, while it lacks a visible periocular ring.
The legs are orange, the beak is orange with a black tip.
The female in wedding dress is very similar to the male, but has more faded and shaded black parts. In winter the young and the adults are very similar: they have a white and brown livery with black parts tending to brown and shaded; also the beak is greyish black and the legs have a more tenuous color.
The white wing band is clearly visible in all dresses.
The voice is a typical bisyllabic “tu-lii”, warbled and rising in pitch.

Biology –
The female of the Charadrius hiaticula builds a nest which she often digs in a sandy or gravelly hole and using plant materials and crushed stone as covering material. In this it lays 4 eggs, grayish in color, which are hatched by both mates.
The hatching of the eggs occurs after 25 – 30 days, and the young will become autonomous after about 22 – 24 days.
If seasonal conditions permit, they often carry out a second brood.

Ecological Role –
The Common ringed plover is a gregarious species, especially in the winter period and outside the nesting period when it mainly frequents sandy and muddy beaches.
If a potential predator approaches the nest, the adult will move away from the nest, calling to lure the intruder and faking a broken wing. When the intruder is far enough away from the nest, Charadrius hiaticula flies away.
During the migration period, however, it often frequents inland wetlands (banks of rivers and lakes, flooded fields, senile clay pits).
This bird moves rapidly in flocks that perform low-flying evolutions. On the ground, on the other hand, it moves rapidly, stopping just to collect food.
Its diet consists of molluscs, crustaceans, insects, other terrestrial and marine invertebrates, to a lesser extent from plants.
For the IUCN, given the vast distribution area it is a species of minimal concern.