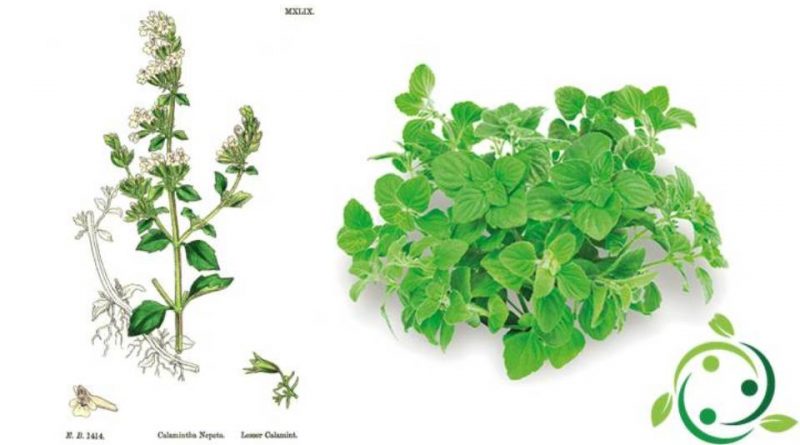 Origins and History –
The name of this ancient fragrant herb, also called Roman mint, used by the Romans and Etruscans derives from the word Nepe or Nepete, today the modern Nepi.
Mentuccia is a Mediterranean species with a range similar to that of the Steno-Mediterranean or Euri-Mediterranean, but limited to mountain areas.
According to mythology Ovid, in his Metamorphoses, tells of Pluto, god of Hades, who falls madly in love with a nymph, Myntha, so much so that he decides he cannot resist without having her. Proserpina, wife of the god and queen of the underworld, was not of the same idea. Once she learned of the convict relationship, she decided that it was the nymph, deceitful seducer, who had to blame and decided to turn her into a vegetable.
Being unable to do anything else, as a last gesture of love, Pluto decided to give the plant its typical and intoxicating perfume. Thus, according to Ovid, the aromatic plant that we all know originated, in an interesting oxymoron between the absolutely typical freshness of mint and the burning heat of passion. To crown the punishment we thought then Demeter, who to punish the subtle erotic arts of the nymph condemned her to have no fruit.
The legend refers generically to all the species of mint without being able to pinpoint exactly which one it referred to.
Nepetella was commonly used as a medicinal herb and officinal herb in medieval times, but is now little used by modern herbalists.

Description –
The Lesser calamint is a perennial herbaceous plant, 20-40 (80) cm high, very aromatic, with a creeping rhizome that produces numerous stolons; ascending stems, quadrangular section, simple or branched only in the inflorescence, briefly pubescent at the top, lignified at the base.
It has opposite leaves, briefly petiolate, with a 1-1.5 cm lamina, oval-rounded or rhomboid with subacute apex, abundantly hairy-glandular on the lower page, pubescent on the upper one, with full or crenated margin with obtuse irregular teeth.
The inflorescence in vertical axils at the axilla of the upper leaves formed by 5-20flore pedunculate and branched buds, equipped with small 1-3 mm linear bracts; flower pedicels 1-9 mm.
The fruit is made up of 4 1.2 mm ovoid and smooth nucule (tetrachenium), dark brown in color.

Active principles –
The flowering tops of the mint contain essential oil rich in monoterpenes (menton, pinene and pulegone). In the essential oil, obtained by distillation of the dried parts of nepetella and analyzed by GC-MS, 55 components were identified, representing 91.65% of the total oil; the main substances are piperitenone oxide (43.8%), trans-piperitone oxide (25.23%) and limonene (13.03%).

Properties and Uses –
All parts of the plant contain an essential oil and other terpene components and have an aroma reminiscent of that of mint, but is more intense and camphoric. They have flavoring, digestive, antispasmodic, carminative, expectorant and febrifugal properties and are used in the preparation of liqueurs and condiments, also as a corrective to the flavor and smell of pharmaceutical preparations.
All parts of the plant have aromatic, diaphoretic, expectorant, febrifugal and stomachic properties. The infusions obtained with the leaves are beneficial in case of flatulence and weakness of the stomach. It is also used against depression, insomnia and menstrual pain. It should not be taken during pregnancy as excessive doses can cause abortion.
For external use, the essential oil contained in Nepetella exerts a stimulating action on the surface circulation, is mildly purifying, suitable for promoting the repair processes of skin tissues.
In food use, the leaves and the flowering tops are used to flavor meat, fish and vegetable dishes and are particularly appreciated for flavoring mushrooms, especially boletuses.
In culinary use it must not be confused with Roman mint (Mentha pulegium), which has a much stronger flavor, and in Rome it is used for the preparation of lamb and Roman tripe.
Regarding contraindications, not enough data are available to establish the safety of its consumption during pregnancy and breastfeeding.
Catmint is also a good honey plant, especially because it blooms from summer until the arrival of autumn. Honey can be produced but it is very rare, because even if it is quite common, it is never abundant, however it is very bottled by bees and it is a good source of nectar and pollen.

Preparations –
The Lesser calamint is a summer plant and blooms from June to October. Finding it on the market is not easy, but it is possible to grow it in pots both in sunny and in partial shade. Leaves and flowers can be left to dry in a cool, dry place, then keeping them protected from light.
The mint has a more intense and decisive smell than the more common peppermint.
The mint is used in the kitchen for the preparation of dishes based on fish, meat, mushrooms and mainly artichokes. It can be used fresh or dry.
In Sicily it becomes part of the aromatization of table olives, for the taste and smell it transmits when placed in brine with them. It is also used as an ingredient in the preparation of a typical Easter omelette called “frocia”. In general it is used in the kitchen as a condiment. In Lazio it is used for the preparation of Roman artichokes. In Irpinia, (Quaglietta di Calabritto), under the name “Zenzifero”, it is combined with ricotta to make a filling for lean ravioli, or omelettes. In Calabritto it is also used to prepare a particular aromatic liqueur. In Tuscany, it is used to season mushrooms.