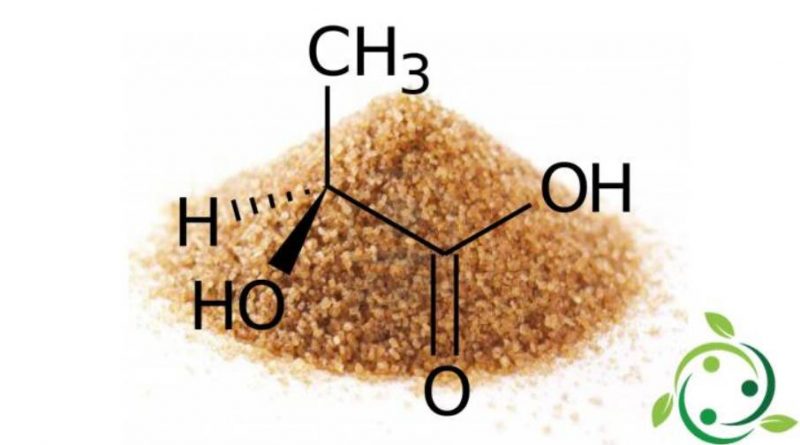 Lactic acid, whose term in the official IUPAC nomenclature is: 2-hydroxypropanoic acid is a carboxylic acid having a brute or molecular formula: C3H6O3.
The lactic acid molecule is chiral so there are two enantiomers. The enantiomer produced by metabolic systems in nature is the acid S – (+) – lactic or L – (+) – lactic acid.
Lactate ion is obtained from the deprotonation of lactic acid.
Due to its ionization constant at physiological pH this compound is found almost entirely in the form of lactate.
Furthermore, in cellular systems, at a physiological pH, lactic acid is more than 99% dissociated in lactate ion (La-) and hydrogen ion (H +).
Both the acid and its alkaline salts are soluble in water.
In anaerobic metabolism condition H + ions and lactate ions are produced: in these conditions the presence of H + ions interferes with the cellular pH of the muscle fibers and their accumulation is at the origin of the so-called muscle fatigue.
In conditions of lowering the pH, however, the human body reacts by introducing lactate into the bloodstream, thus providing for its conversion into glucose thanks to the activity of the liver (Cori cycle).
At the cardiac level, lactate is metabolised for energy, as it happens in the kidneys and the brain.
However, in conditions of extreme fatigue, which go beyond the metabolic capacity of these organs to reconvert it, muscle pH is lowered until muscle contraction is completely prevented, reaching a veritable painful spasm.
However, once the activity ceases, due to the metabolic cycle, the lactate in the bloodstream is quickly eliminated from it (there is a clear reduction already within 60 seconds) while it is disposed of in the rest of the body within 2 or 3 hours from the end of the ‘physical activity.

The presence of lactic acid is a strong stimulus for the production of anabolic hormones such as somatotropin and testosterone. For this reason high intensity physical exercises, interspersed with not too long pauses, maximize muscle mass gain.
Still in nature, lactic acid is produced by fermentation by lactic bacteria, such as Streptococcus, Pediococcus and Lactobacillus, on molasses, beetroot or sugar cane. Lactic acid is formed by bacterial reduction of pyruvic acid (CH3COCOOH), which comes from vegetable starting materials, passing through a complex series of enzymatic reactions similar to those that occur in alcoholic fermentation.
Lactic acid, in the free state, is also found in many plants, where it is precisely the product of fermentation by lactic bacteria.
In the food industry the salts of lactic acid (E325 sodium lactate, E326 potassium lactate, E327 calcium lactate, E585 ferrous lactate) are used as additives.
As a food acidifier, lactic acid (E270) has a less pronounced taste than other additives, non-volatile and odorless.
Lactic acid is used as a preservative, acidifier, flavor, pH buffer and antibacterial in numerous food applications and processes, such as the production of sweets, bread and pastries, soft drinks, sauces, sorbets, dairy products, beer, jams and jams, mayonnaise and other processed foods, often in conjunction with other additives.
Lactic acid and its salts are used for the preservation of meat and fish as it inhibits the growth of bacterial colonies such as Clostridium botulinum.