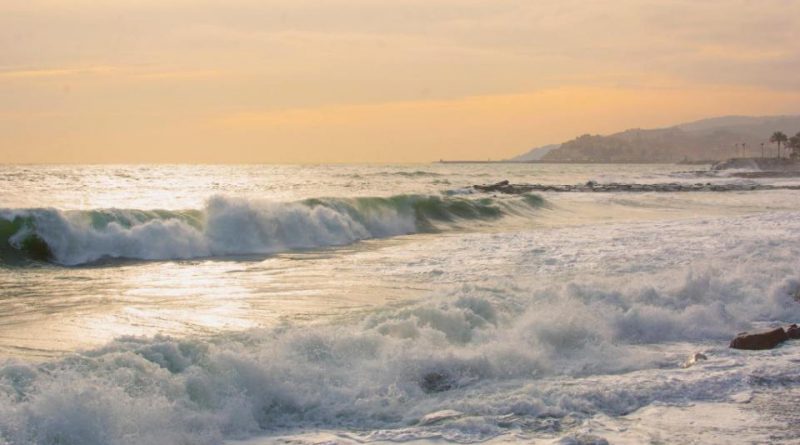 The term libeccio means that Mediterranean wind which generally comes from the South West and which almost always blows in gusts.
The term “libeccio” has a controversial etymological origin: according to a first hypothesis it comes from the Greek libykós, or “from Libya”, or from the Arabic lebeǵ, which derives from the Greek líps-libós, which means “wind bearing rain”. The regional term “garbino” comes from the Arabic gharbī, which means “western”. The term “africo”, used only in the literary field, derives from the Latin afrĭcus, which means “African”, due to its origin.
Unlike the Scirocco, although it is a wind of southern origin, humid for having crossed the sea, when it arrives in Italy it does not produce that particular sultriness and heat. This is due to the different genesis of the two winds.
The libeccio is the characteristic wind of the hot sector of cyclonic depressions, generated by the dynamic conditions that the theory indicates preside over the origin of cyclones: as such it does not have the sensitive descending component (if it ever presents an ascendant) which produces, due to the effect of Föhn, the remarkable warming of the sirocco.
From what has been stated, it appears that not all the wind of SO. must be considered libeccio: among other things, for a good part of the Tyrrhenian coasts of Italy, the direction of the sea breezes is precisely the SO, but in this case the appearance at certain times of the day and the relative regularity do easily understands that we are not in the presence of the true libeccio.

To be closely related to depressions, the libeccio, especially near the fronts, can appear almost suddenly and with very noticeable violence: to the whole of the phenomena that accompany such paroxysms is given by the sailors the name of libecciata, whose consequences, sometimes even very serious, they are well known to coastal populations, especially those of the Tyrrhenian coasts, which due to the particular disposition of Italy are the most exposed to the libeccio.
When the libeccio is particularly weak (in the distance from the fronts and in cases of depressions with little energy) and with few gusts, it comes from the sailors called libecciolo.
In a translated sense, sometimes the word libeccio is used to indicate a direction referring to the cardinal points, independently of the wind: this direction is the one from which the conventional libeccio wind blows, that is the roar of the rose around 225 °, counted by N .for E.
During the summer season, the south-west wind generally blows like a sea breeze along the western coasts of the Italian peninsula and as a land breeze along the eastern ones, in conditions of atmospheric stability. In southern Italy it is known for the warmth it brings with it, but above all the dust, coming from the Sahara desert.
The south-west wind blows also during the passage of the perturbed Atlantic fronts moving from west to east, assuming in this case characteristics of humid wind bringer of rain.