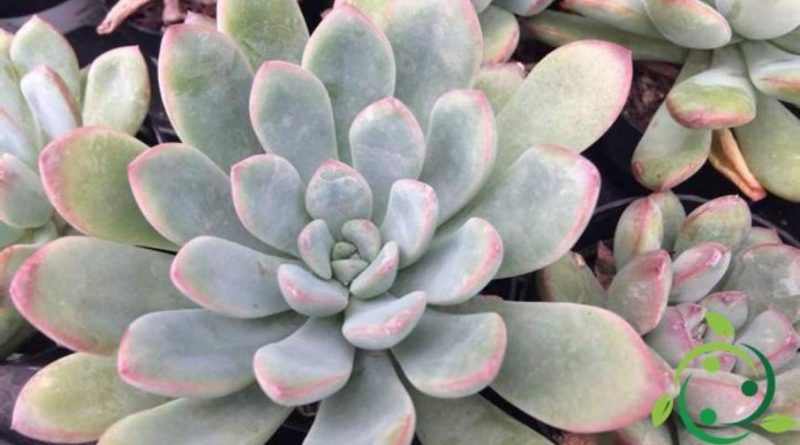 How to grow Pachyveria

Pachyveria is a plant, whose species belong to the succulent family. The name derives from pachyphytum and echeveria and in fact it is a hybrid created between two related genera.
The Pachyveria are evergreen plants with a short stem, which tends to lignify with age, and from which sprout long succulent leaves, narrow compared to other crassulaceae and pointed; these grow grouped in splendid rosettes that can also be very rich.
The leaves usually have a light green or blue-green color, with the tips sometimes fading over the reddish. A greater exposure to the sun’s rays accentuates this characteristic, which can also remain hidden in plants that grow without direct light.
From the center of each rosette sprout long inflorescences, with inconspicuous colors, which usually go from green to yellow.
Among the cultivated species we recall:
– Pachyveria clavifolia – is a hybrid obtained from “Pachyphytum bracteosum” and “Echeveria rosea”, with pointed and sharp leaves, covered with whitish bloom;
– Pachyveria pachyphytoides – hybrid obtained from “Pachyphytum bracteosum” and Echeveria metallic gibbiflora “, it is similar to the” clavifolia “but has a thick and fleshy stem that ends with rosettes and its leaves are covered with waxy bloom;
– Pachyveria scheideckeri – hybrid formed by “Pachyphytum bracteosum” and “Echeveria secunda”, its stem is shorter than that of other species and the leaves are very fleshy and narrow, slightly concave and gray-blue.
In this card we will see how to grow Pachyveria according to its climatic and vegetation needs.
In general, Pachyveria are easy to grow plants as long as you choose positions in full sun to get a more beautiful plant and water regularly in spring and summer with abundant but not too close wettings.
For cultivation, therefore, one must start from the choice of a position in full sun to obtain a healthier and more beautiful plant. In this way you will get much more compact rosettes with leaves that will be colored with the typical reddish shades.

Especially if grown outdoors you have to be careful about the temperatures that, in winter, should never fall below about 7 ° C.
The water supplies should be done regularly every 2-3 days in the period from spring to summer even with abundant watering, interrupting these in the winter period.
Care must be taken not to wet the rosettes because the stagnant water inside them could cause them to rot.
For this reason it is good that the choice or the composition of the substrate is of the sandy type (better if with coarser granulometry sand) mixed with fertile soil.
It is important, however, that this is not too rich and very draining.
For fertilizing it is advisable to fertilize the soil, in full earth, with mature manure at the beginning of spring, taking care then to mix and cover the same with part of the cultivation soil. If the plant is grown in pots fertilize in spring, once a month, with a specific product for succulents.
As for the possible repottings, remember that Pachyveria grow rather quickly, so you need to choose sufficiently large pots and proceed with repotting every 1 – 2 years.
Now let’s see the multiplication. This technique should be performed in the spring period, by cutting, by removing an apical rosette and placing it to root in a bed of sand and peat at a temperature of about 18 ° C; the stem from which the rosette has been detached, will put other shoots forming new stems. Single leaves can also be used, but development will be slower and more difficult.
It should be remembered that many of the cultivated plants are similar to one or the other species from which the cross was composed and easily develop in the form of more or less abnormal ridges. This kind of plants are highly sought after by collectors and specialists.