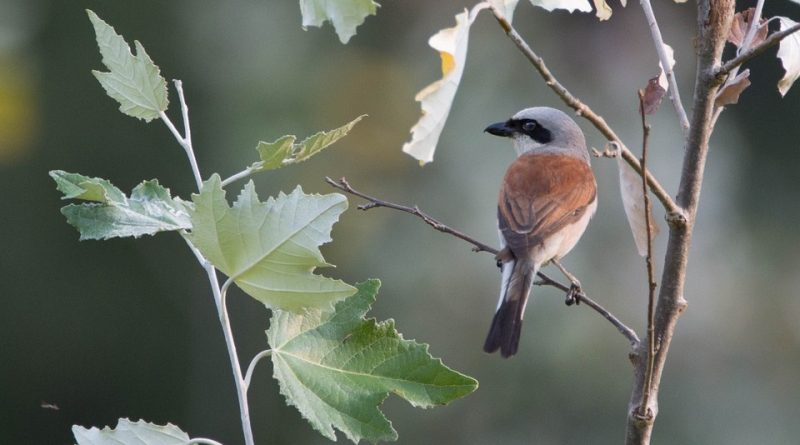 The Red-backed Shrike (Lanius collurio, Linnaeus 1758) is a passerine belonging to the Laniidae family.

Geographical Distribution and Habitat –
The Red-backed Shrike is a bird present, evenly, throughout the entire European continent, therefore beyond the Urals, in the boundless Asian areas.
The population present in Europe is about half of the total population, which is estimated to be over 6 million couples. This bird, excluding the northernmost regions, nests in almost all of Europe, Asia and North Africa.
In Italy, except in the Salento peninsula and in Sicily, it is quite common in the habitats up to 2000 m altitude, near the fields or on the edge of the woods.
It is a migratory species. 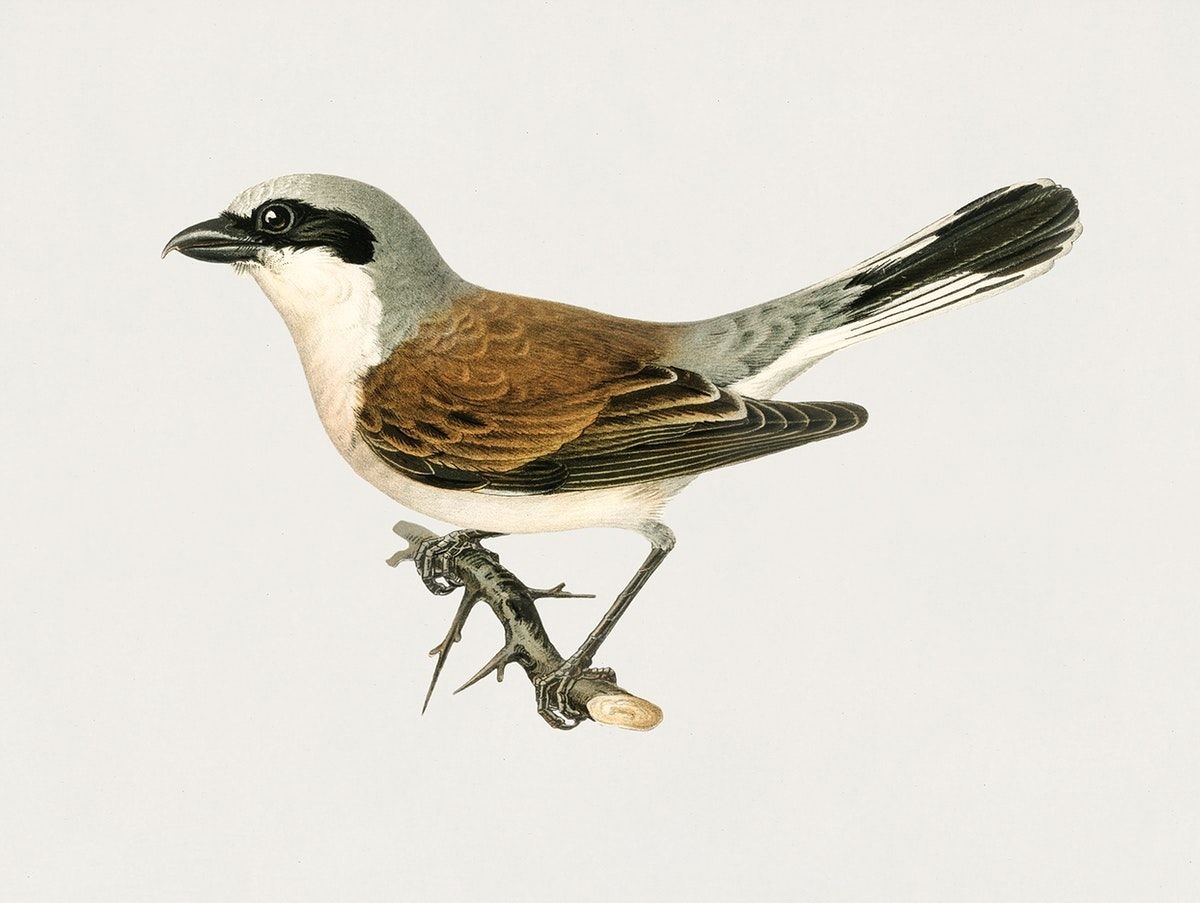 Description –
The Lanius collurio is a passerine bird about 18 cm long and weighing about 35 grams. It has a wingspan of just under 30 cm.
The body is red-brown in the upper part and pinkish-white on the belly. The vertex and the rump are gray-slate. The tail is black with white sides. The head is light in color and is characterized by a black band, present only in the male, which crosses the eye.

Biology –
The Red-backed Shrike builds a nest that is positioned not so high, in the bushes that the bird is used to frequent; in it it lays on average from 4 to 6 eggs.
From the bushes that house the nest, the small Averla chooses its hunting post; it can however choose hedges and saplings placed on the edge of pastures or cultivated areas. From these positions, once spotted, it takes flight to reach the prey, while the 4-6 eggs usually laid are safely kept inside the bush.
Unfortunately, the mowing techniques, the elimination of small woods, hedges and bushes at the edge of the fields contribute to compromising the success of the brood, as well as the abuse of pesticides that causes the disappearance of large insects, a fundamental part of the diet of this little predator passerine.

Ecological Role –
The Lanius collurio, despite its modest size, can be defined to all intents and purposes a small predator, which makes this passerine one of the most formidable hunters.
Its diet is mainly made up of insects of all kinds, but also small mammals, small birds, frogs and lizards.
Also interesting is the hunting technique. This small bird waits a long time in a “panoramic” perch, once sighted the prey pounces on it to devour it on the ground, but also, when it comes to important preys, pecking it for a long time, to finish it, or “skewering” it cleverly in brambles or on thorny bushes.
From this habit he has been given nicknames such as bird impaler and butcher bird.
Due to the decrease in habitats, the small herd, like all herds, is decreasing and, moreover, it is a species that cannot be hunted according to law 157/92.