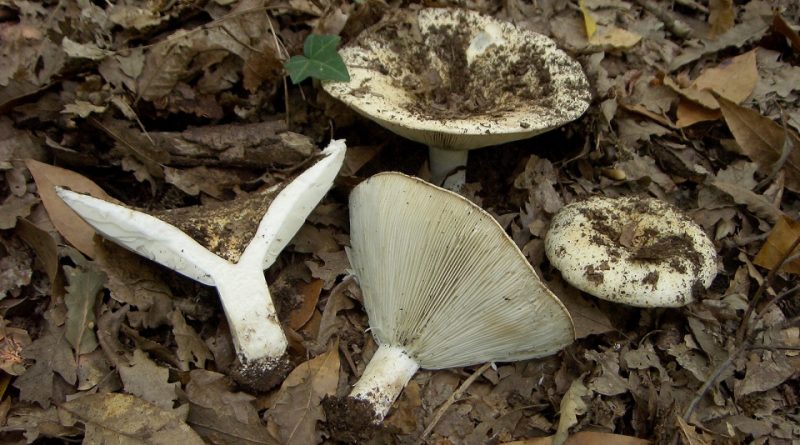 Systematics –
From the systematic point of view it belongs to the Eukaryota Domain, Fungi Kingdom, Phylum Basidiomycota, Class Basidiomycetes, Russulales Order, Russulaceae Family and therefore to the Genus Russula and to the Specie R. chloroides.

Etymology –
The term Russula is the diminutive of red rússa: red. The specific epithet chloroides comes from the Greek khlorós = green and eîdos = semblance, due to the greenish shades.

Geographical Distribution and Habitat –
The Russula chloroides is a fairly common fungus that grows in groups of various specimens mainly in the conifer forests of the subalpine area but also in the broad-leaved ones of the Mediterranean area, such as Faggio, Quercia and Castagno with predilection for calcareous soils.
In fact it shares the same habitat as the Russula delica and bears fruit in the period between late summer and late autumn. 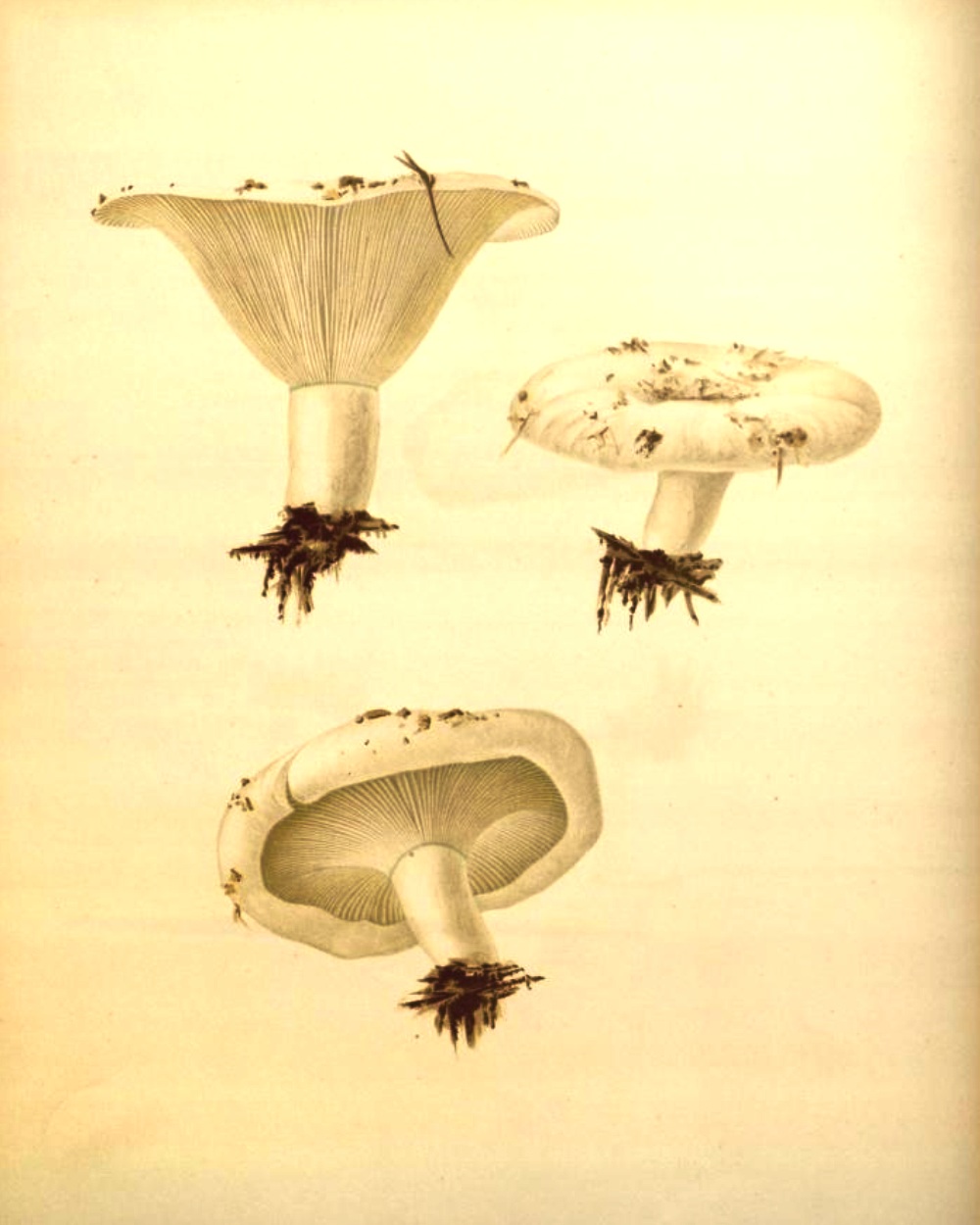 Recognition –
This mushroom is recognized by the hat of 5-15 cm, which appears from convex to depressed, but always with a central depression, then funnel-shaped, fleshy and hard.
The cuticle is initially tomentose, then it becomes smooth, opaque, dry, difficult to separate, from ivory to yellowish white with brown-ocher spots; the margin is convoluted, then more open and relaxed.
The lamellas are adnated-decurrent, arched, narrow, very dense (from 9 to 15 per cm), interspersed with numerous lamellules of various length, forked, anastomose, white-cream-pale, often with greenish-blue shades at the hairline of the stem not always visible, stain of brown on the thread in old age, ratio in section meat / lamella 2: 1.
The stem measures from 2 to 6 cm, hard, stocky, cylindrical, attenuated at the base and flared at the apex, first full then cavernous, dry, pruinose, wrinkled, whitish with blue shades, greenish at the top under the insertion of lamellas, with brown spots.
The meat is quite hard, consistent, with a white color with a tendency to become brownish after a long exposure to the air, with an unpleasant odor, characteristic of fish and a sweet taste in the meat, acrid on the gills.
At the microscope, whitish or light cream-colored spores can be seen in bulk.

Cultivation –
Russula chloroides is not a cultivated mushroom.

Uses and Traditions –
This Russula, although widely consumed especially in central Italy, where it is sought after for the consistency and yield of its flesh, should not be classified among those edible for the mediocrity of its flesh; although some consider it edible mediocre and others consider it inedible.
The Russula chloroides can be confused, by similarity, with the Russula delica Fr. which is certainly the closest species, if not its true double, which differs in the broad and less dense gills, in the spores with lower warts and, on average, narrower cuticle hairs. Moreover, Russula delica tends to prefer the Mediterranean environment, has a less funnel-shaped cap, manifests itself with slightly larger carpophores and has a reaction of pale pink meat to ferrous sulfate (FeSO4) and strong and rapid to Guaiac Tincture.
Another similar fungus is Russula flavispora Romagn. which is distinguished by the light yellow dirt and the strong bitterness of the meat; the Russula pallidospora J. Blum ex Romagn. it is distinguished instead by the dirty, intense cream, due to its mild taste but tending to bitter or astringent. Moreover, possible confusions can occur with fungal species with whitish chromatism belonging to the genus Lactarius but in this case, the relative carpophores emit a characteristic latex cut or contusion always absent in the fungi belonging to the genus Russula.
A peculiarity of Russula chloroides is linked to its curious growth. This occurs underground, raising the overlying soil which remains attached to the hat’s cuticle.