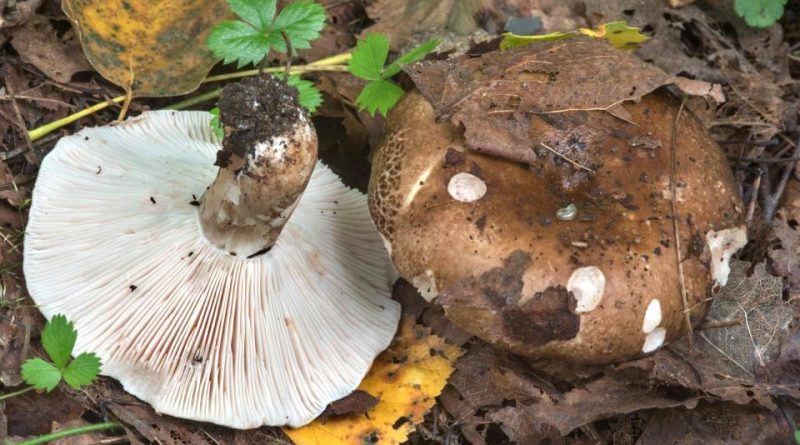 Systematics –
From the systematic point of view it belongs to the Eukaryota Domain, Fungi Kingdom, Phylum Basidiomycota, Class Basidiomycetes, Russulales Order, Russulaceae Family and therefore to the Genus Russula and to the R. adusta Species.
The terms are synonymous: Agaricus adustus Pers. And Omphalia adusta (Pers.) Gray.

Etymology –
The term Russula is the diminutive of red rússa: red. The specific epithet adusta comes from ădūrĕre burn, toast: for the color of the carpophore.

Geographical Distribution and Habitat –
The Russula adusta is a symbiont fungus, which grows in small groups or gregarious under conifers and its typical habitat is in the forests of spruce; fruits in the period from spring to autumn. In Italy it is a very common mushroom in the northeast, especially in Trentino, while it is rarer in other regions where it nevertheless grows from sea level up to the Alpine arc. 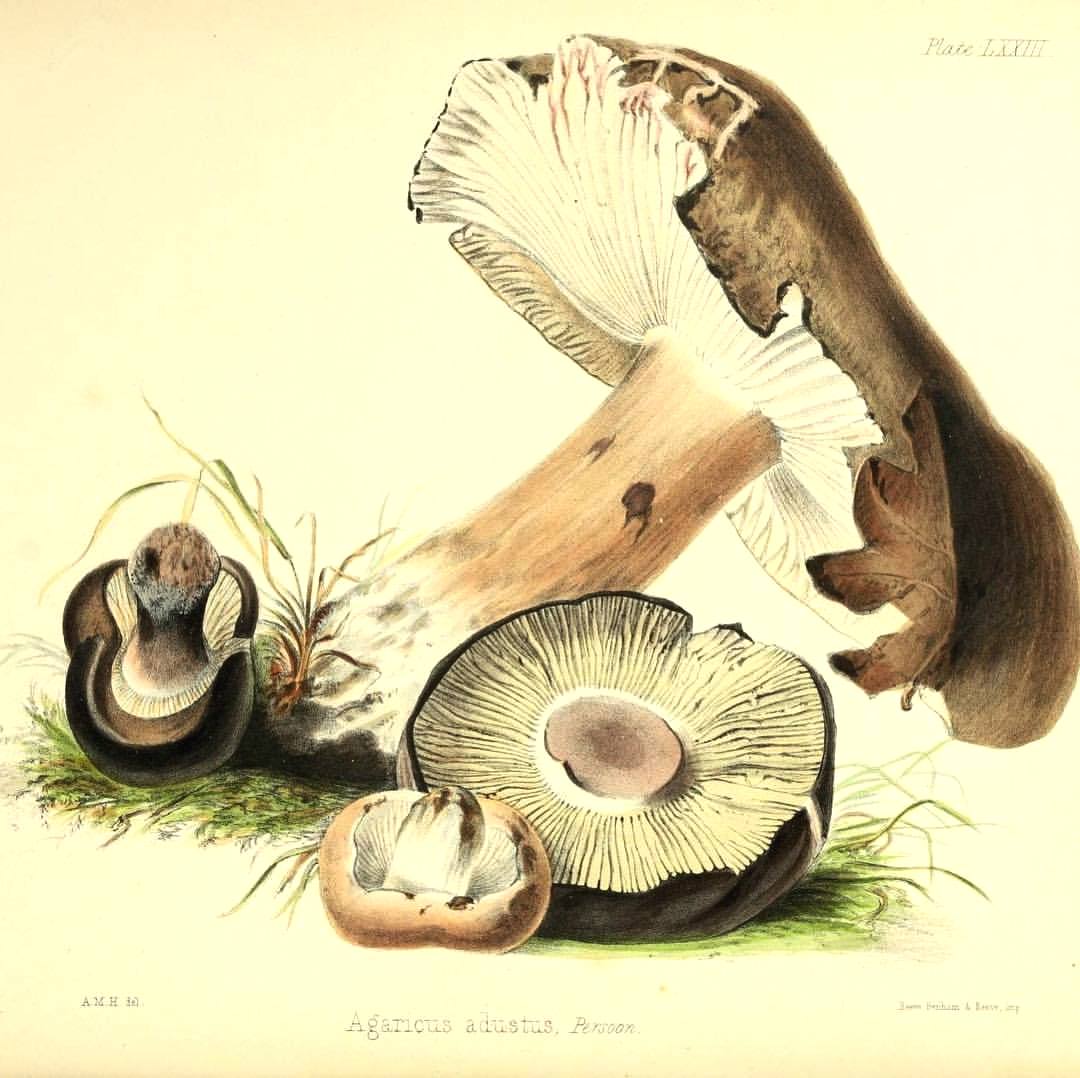 Recognition –
It is recognized by the hat of variable size normally between 6 and 16 cm in diameter, hard, fleshy, first convex, then expanded, finally more or less depressed, with smooth, moist, brilliant cuticle, difficult to separate, first whitish, then red-brown or brown squid with patches of ivory cream to beige; the margin is first convoluted then acute, without grooves.
The lamellas are adnate, unequal, low, fragile, thick, spaced in the adult specimens, cream-white with ocher-pale reflections, with a dark thread.
The stem is 3,5-7,5 × 2–4 cm, coriaceous, short and massive, cylindrical, subclavate, anfractuous at the base, crossed by more or less evident ribs, pruinose at the apex, whitish and blotchy of pale pink to the touch, then slowly turns to brown gray.
The flesh is whitish, firm and compact, which when cut takes on shades of pink and then greyish, with the smell of old barrel and mild taste, imperceptibly acrid in the gills.
At the microscope we note ovoid spores, 7-9 × 6-8 µm, warty, with slightly anastomosed ridges, not more than 0.2–0.3 µm high, white in mass.
The cystidia are thick, cylindrical, capitulated.

Cultivation –
Russula adusta is not a cultivated mushroom.

Uses and Traditions –
Russula adusta is one of the most widespread mushrooms in Trentino where it grows in coniferous forests and is easily recognized for its very typical barrel smell. It is one of the Russula annerenti, a group that is still made up of mushrooms without food interest. In other regions, as in Tuscany, it is more rare.
It is a mushroom of robust size, easy to determine due to the slow color change of the meat, which blackens in every part with age and the typical smell of barrel.
Possible confusion can be made with Russula densifolia, which has an opaque cuticle and Russula acrifolia, which has thick lamellas with an acrid taste. In any case it is a fungus that, even if edible, is not recommended for meat too tough.

Preparation Mode –
The Russula adusta, even if edible, does not lend itself to particular preparations or to conservation.