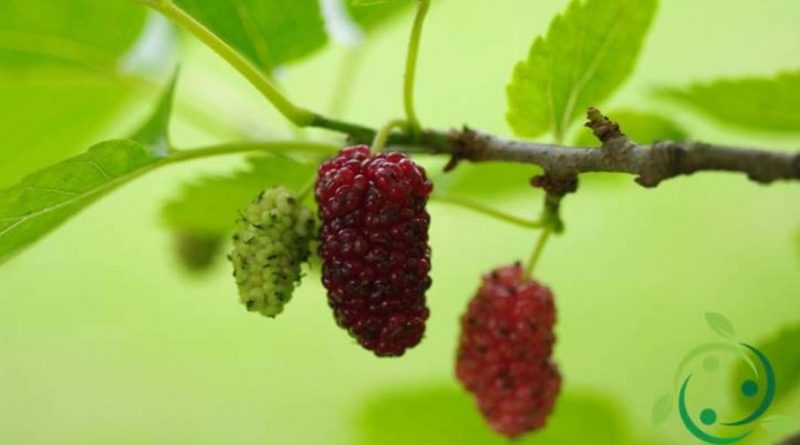 How to prune the Mulberry

The Mulberry is a plant of the genus Morus L., which belongs to the Moracee family, a native of Asia, but also widespread, in its natural state, in Africa and in North America. It includes fruit trees or shrubs of medium or medium-sized, up to 15 meters high, commonly called mulberries.
It is recognized for having alternate leaves, oval or corded with a toothed margin. The main species known and found in Italy and in Europe are the white mulberry (Morus alba) and the black mulberry (Morus nigra), while the others are from various parts of the world.
The “fruit” of the mulberry is an infructescence (sorose) made up of many small juxtaposed fruits, generated by as many flowers, and therefore as many ovaries. Everything is placed on a stem.
The white mulberry (Morus alba L.) was imported into Europe with the silkworm that feeds on its leaves. Until the middle of the 1900s it had a huge spread; then, with the emergence of synthetic fibers, the breeding of the silkworm went away and with it also the white mulberry.
Today this plant, together with the black mulberry (Morus nigra L.) and the red mulberry (Morus rubra L.), is today a plant cultivated more than anything else for its fruits.
In this card we will see the aspects of the best conformation of these plants for the production of “blackberries” and, therefore, how to prune the Mulberry.
Let’s say that in general mulberry trees can be subject to two main forms of pruning. Training or breeding pruning and production pruning.
In the first case, the purpose for which this operation is carried out is to model, or rather to give shape to, the structure of the tree, so that, from a young age, the plant develops in the best way, providing the best quantity and quality of fruit.

The production pruning is performed when the tree has already developed and has already assumed its future shape. Furthermore, this procedure is carried out to remove the structures that weigh down the mulberry tree. In doing so, it favors an increase in flowering and the level of productivity of the tree itself.
Regarding the optimal period to perform mulberry pruning operations, these coincide with the beginning of the spring season, whether it is for training or maintenance pruning. In both cases the most suitable period is that of late March, when temperatures begin to rise.
The need to operate the pruning operations at the end of March is also necessary because it is the best time to assess the presence of branches damaged by the cold, from bad weather (hail, wind, etc.), or now dry.
This intervention, therefore, in addition to giving a new vegetative balance the plant frees it from useless parts that would affect the flowering and therefore the production.
As for the training pruning it is necessary to intervene immediately after the planting of the young seedling, which must be supported by a guardian (preferably in wood) leaving at a height of 80-100 cm (depending also on the development and vigor of the species ) 3 or 4 branches equidistant from each other and possibly inclined 60 ° from the ground level.
These branches will represent the future structure of the plant, from which all the productive branches will depart.
In this way the plant is given a shape, called a vase, which allows for better internal ventilation, among other advantages.
Let’s say that, once the mulberry plant is shaped, in subsequent years it does not require any special pruning tricks except those to avoid the growth of excessive branches inside or the intersection of these. Moreover another trick to follow is to never make drastic pruning but simply, every year, in the period of late March to eliminate the damaged parts or even for the presence of plant diseases. In this way the pruning technique will allow a continuous renewal of the plant with the presence of branches always able to go to flower and, therefore, to give good productions and high quality.
This aspect is of fundamental importance not only because in this way we are going to positively influence the level of flowering and productivity of the mulberry tree itself, but also because the probability that the tree comes into contact with possible sources of pathogenic contamination. Finally, with the pruning of the foliage, the growth and size of the tree is also regulated, thus creating passage points through which the sun can penetrate and radiate the entire structure of the mulberry tree.
Another important aspect in the pruning technique, which is often overlooked even by personnel assigned to these operations, is that sterilized tools are used, suitable for the type of intervention that must be implemented and perfectly sharp to avoid tears which are the major points of entry of fungi and other plant diseases.
For this reason, for example, it is always necessary to remember to use the shears to cut the thinnest branches, while to cut larger branches, larger saws or saws should be used if you need to remove larger branches.