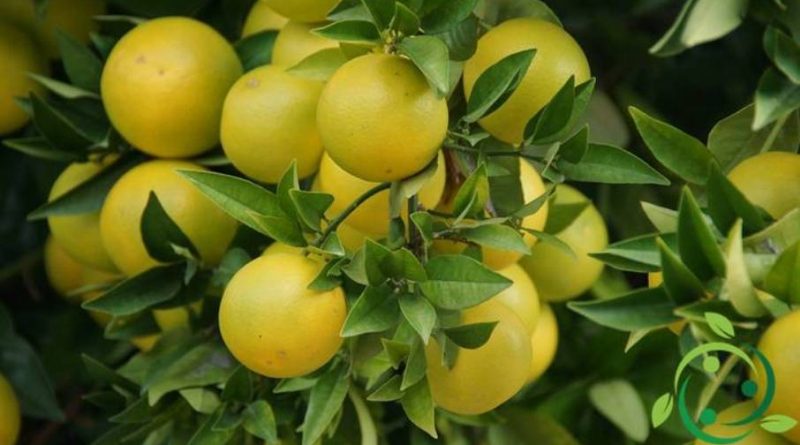 How to prune the Grapefruit

Grapefruit (Citrus paradisi Macfad., 1830) is a vigorous citrus fruit belonging to the Rutaceae family. It is probably an ancient hybrid between sweet orange and pomelo, but for centuries it has been an autonomous species that propagates by cuttings and by grafting.
To understand how to prune the Grapefruit we must consider that the grapefruit can be early ripening, mid-season and late, so we must also take into account this peculiarity in the breeding and pruning technique.
As for the training system it is preferable to adopt the globe type and to obtain this shape it starts from a plant already decked at about 60-90 cm from the ground which must have 3-4 branches that branch off from the main stem. It is good that these branches have an inclination of 60 ° with respect to the vertical, being in a symmetrical position (therefore with a reciprocal angle of 120 ° or 90 °) and their insertion points must be distant about 10-15 cm from each other.
Once this basic structure is obtained, any excess branches must be eliminated. This conformation, in any case must be obtained gradually, starting from the young seedling, and the cuts must be limited to the bare minimum.
From the branches later other branches will depart, creating a more or less dense vegetation, also in relation to the variety. The current trends, in order to use all the available space, aim to obtain a form of cultivation with full foliage, that is to make the vegetation of the branches expand up to the ground. With this conformation, given also the vigor of the Grapefruit we recommend, in the case of breeding more plants, a sixth in a square of 5 x 5 m.
Since in grapefruit, like other citrus fruits, fruiting occurs on the branches of the previous year and the growth of the branches normally occurs in three periods: spring, early summer and autumn.

Furthermore, the flower induction of the buds begins during the winter rest period, while the maximum content of reserve substances in the leaves and branches is in February and March.
Furthermore, the setting of the flowers is a function of the quantity of reserve substances present in the plant and its period fluctuates slightly depending on the variety if it is earlier or later.
Due to these physiological aspects, pruning should never be performed in February and March, when the plant is accumulating reserve substances. Furthermore, periods when temperatures are very low or very high should be avoided. Once these precautions have been taken, the age of pruning, as mentioned, must be slightly anticipated for early and late cultivars for the later ones.
During pruning operations, whether they are breeding (in the initial phase of conformation of the plant) or subsequent ones of production, it is always necessary to limit oneself in lightening the hair, eliminating the dry, broken or debilitated branches after they have already bloomed or those curved downwards.
In addition, the so-called suckers, that is the long branches without fruit, must be eliminated when they come from the basal part of the larger branches, while for those located in the more peripheral areas of the canopy we can limit ourselves to trimming.
For the pruning round you can also choose the biennial one, that is, prune a year and a year not. This however depends on the vigor of the plant. In plants that tend to vegetate a lot, even for more vigorous rootstocks or in particularly organic soils, the production of vegetation can lead to excessive bundling and crossing of the branches, which is always to be avoided since the foliage must allow the passage of sunlight. , also to avoid the onset of parasitic attacks like those of aphids and scale insects. Therefore, if you notice that your plants tend to grow too much, you need to intervene more lightly every year. If you want to correct excessive vegetation due to a mistake or failure to prune, you should not intervene too severely to avoid altering the relationship between vegetation and production: excessive cuts favor vegetation to the detriment of fruit formation. Prunings are instead necessary when parasitic attacks occur from scale insects and when the height of the plant no longer allows an easy collection from the ground.