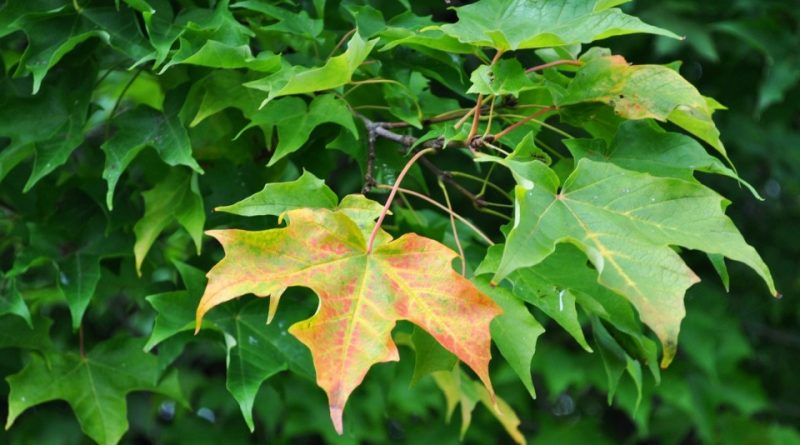 The sugar maple (Acer saccharum Marshall), also known as Canadian maple is an arboreal species of the Aceraceae family.

Systematics –
From the systematic point of view it belongs to the Eukaryota Domain, Kingdom Plantae, Magnoliophyta Division, Magnoliopsida Class, Sapindales Order, Aceraceae Family and therefore to the Acer Genus and to the A. saccharum Species. The subspecies are present: Acer saccharum floridanum, Acer saccharum leucoderme, Acer saccharum nigrum and Acer saccharum ozarkense.

Etymology –
The term Acer comes from the Latin name dell’Acero, cited in Pliny and Ovidio which should derive from pointed, pungent acer acris, both for the pointed shape of the leaves and for the use made of maple to make spears. The specific epithet saccharum comes from the Greek σάκχἄρ, -αρος sácchar, -aros sugar (from the Sanskrit sarkara, originally grains of sand): because of the sweet and sugary sap of this plant from which a delicious syrup is obtained.

Geographic Distribution and Habitat –
The area of ​​the Acer saccharum is between the southeast of Canada and the northeast of the United States, from Newfoundland and Manitoba to the north and south to Florida and west to Utah. 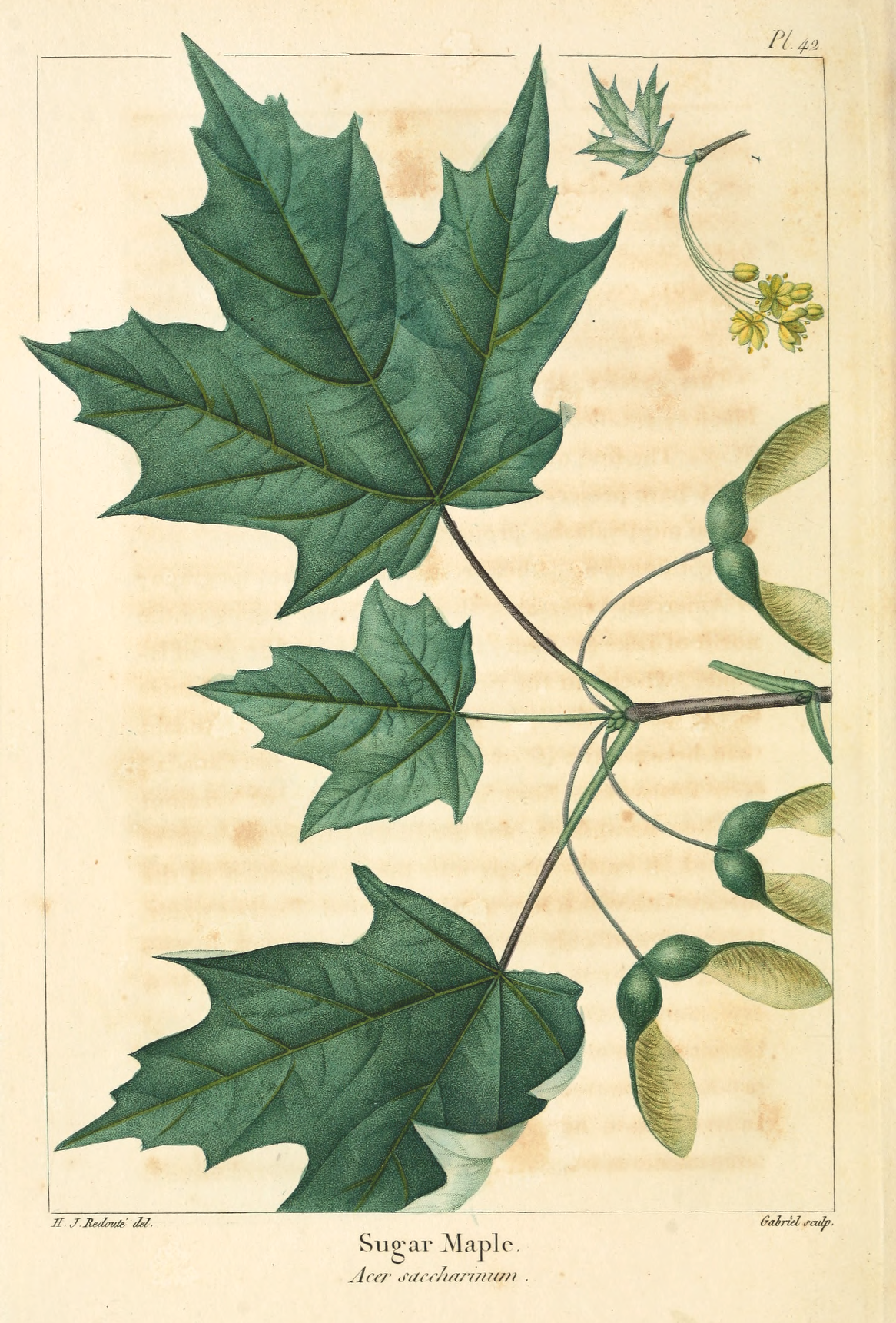 Description –
The Acer saccharum is a tree with expanded habit, with initial growth rather slow but that can subsequently reach, especially in the woods 30-35 m, being able to reach even 40 m; its branches are fragile and glabrous and has leaves that are opposite palmato-lobate (usually 5 lobes), deciduous, long petiolate, with a lamina up to 15 cm long and with a dark green upper page and a lighter lower one. The flowers of this plant are both unisexual and bisexual, with a tendency to share on distinct individuals and are provided with a long peduncle and arranged in upright corymbs; they have a 5-lobed yellow calyx and are corolla-free. The fruit is a samarium with small seeds. the fruit rarely forms in the cultivated sugary maples. The bark is gray or gray-brown, smooth, or furrowed by light and distinct vertical lines, which tend to darken and crack with age.

Cultivation –
The sugar maple can be grown on fertile, deep and fresh soils and in cold continental climates, with an adequate temperature difference between summer and winter. This tree has not become acclimatized well in European pedoclimatic systems, while it is widespread in large American public and private parks. It is also cultivated for the production of maple syrup (maple syrup); this is obtained through the incision of the trunk and the collection of the sugary sap, which is then concentrated to obtain a syrupy yellow-brown liquid with a pleasant taste. Its cultivation for ornamental purposes is also linked to the foliage that in autumn turns yellow and red in an incredible range of shades. Also for this reason there are some cultivars such as: “Temple’s Upright” or “Monumentale”, “Globosum”, “Green mountain” and “Legacy”.

Uses and Traditions –
The Acer saccharum finds use and interest, as mentioned, for the sugary sap that contains contains from 1 to 4% of sucrose and from which the maple syrup is obtained. The harvest is lost over the centuries and once it was obtained by trickling the sap with special straws inside dry places at the base of the trees, where it was also evaporated; today the collection system has been modified with centralized pipes. The sugar maple is also grown for its timber that has different commercial uses. Its leaf is the symbol of the flag of Canada.

Preparation Mode –
In addition to the wood from the Acer saccharum, maple syrup is obtained. This is a sugary liquid that is obtained by boiling the sap of the sugar maple but also from the black maple. It is the third least caloric natural sweetener (about 250 calories per 100 grams) surpassed only by molasses and stevia; the maple syrup has a high content of mineral salts and on average it takes more than 40 liters of sap to obtain one liter.