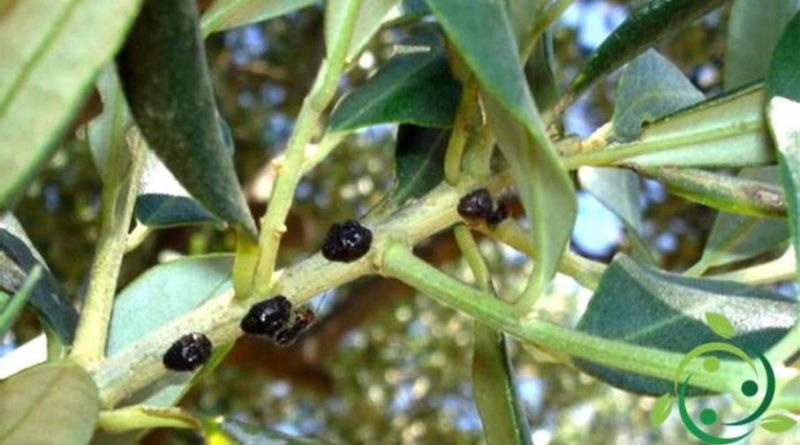 Natural remedies against cochineal half a grain of pepper

The natural fight against the cochineal half a grain of pepper (Saissetia oleae) is certainly the only solution to eliminate, or decrease to the maximum, the effects of the attacks of this cochineal against some crops. Among the most affected plants, however, we mention the Olive and the Citrus. Plants such as Pittosporo, Evonimo le Palme, oleanders and many others are also interested.
This cochineal appears more virulent in the presence of mild winters and rainy and humid summers. Winters in the neanid state of 2nd and 3rd age or as an immature female. The development of the nymphs after the winter ends in the spring summer period where the adult females reproduce by parthenogenesis; they lay eggs that (protected by the mother’s body) until the end of July. You can still have two generations until winter wintering as mature females.
The greatest damage of this cochineal (as of others) is borne by the branches, leaves and fruits. But the whole plant, especially in the presence of massive attacks, weakens (until drying out) for the suction of the sap by these insects. This damage is then associated with the development of the smokes growing on the honeydew produced by these insects and this in turn is associated with the emergence of the ants that establish symbiotic relationships difficult to solve.
The first means of combating these insects is preventive and consists of the following agronomic measures:

For fighting techniques, natural white oils (acting as aphyxia) and Marseille soap can be used. The use of synthetic insecticides (as well as not allowed in organic farming) is to be avoided because in the long run it becomes the real factor in the proliferation of these insects due to the disappearance of its natural predators. These include: Exochomus quadripustulatus, Chilocorus bipustulatus, Metaphycus spp. and Cyanea Scutellista.
The presence of hedges, associations, agricultural biodiversity facilitates the growth of these parasites with significant benefits for the entire company ecology.
Once you have eliminated the cochineals you will notice that they will gradually decrease until the end of the smokes and the truncations of ants on the trunk and branches.