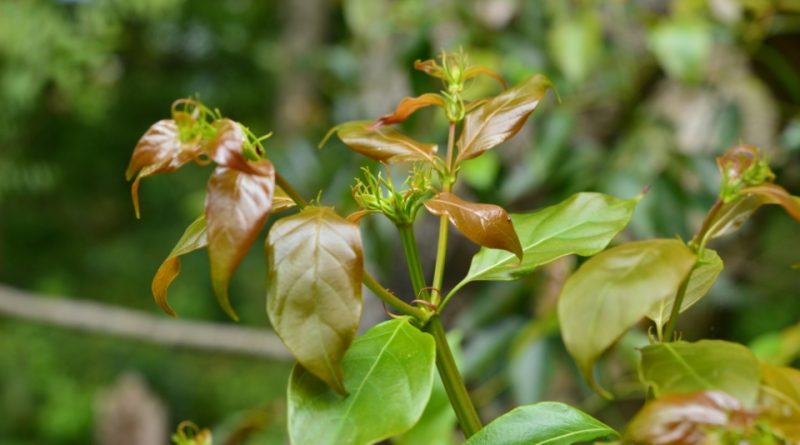 Etymology –
The term Uncaria comes from uncus hook, with reference to the hooked spines of the petioles.
The specific epithet rhynchophylla comes from the two words of ancient Greek ῥύγχος, rhúnkhos, “muzzle” and φύλλον, phúllon, “leaf”.

Geographic Distribution and Habitat –
Uncaria rhynchophylla is a plant native to East Asia and present in East Asia, China and Japan.
Its natural habitat is that of natural woods; it is present in the woodlands of central and southern Japan. 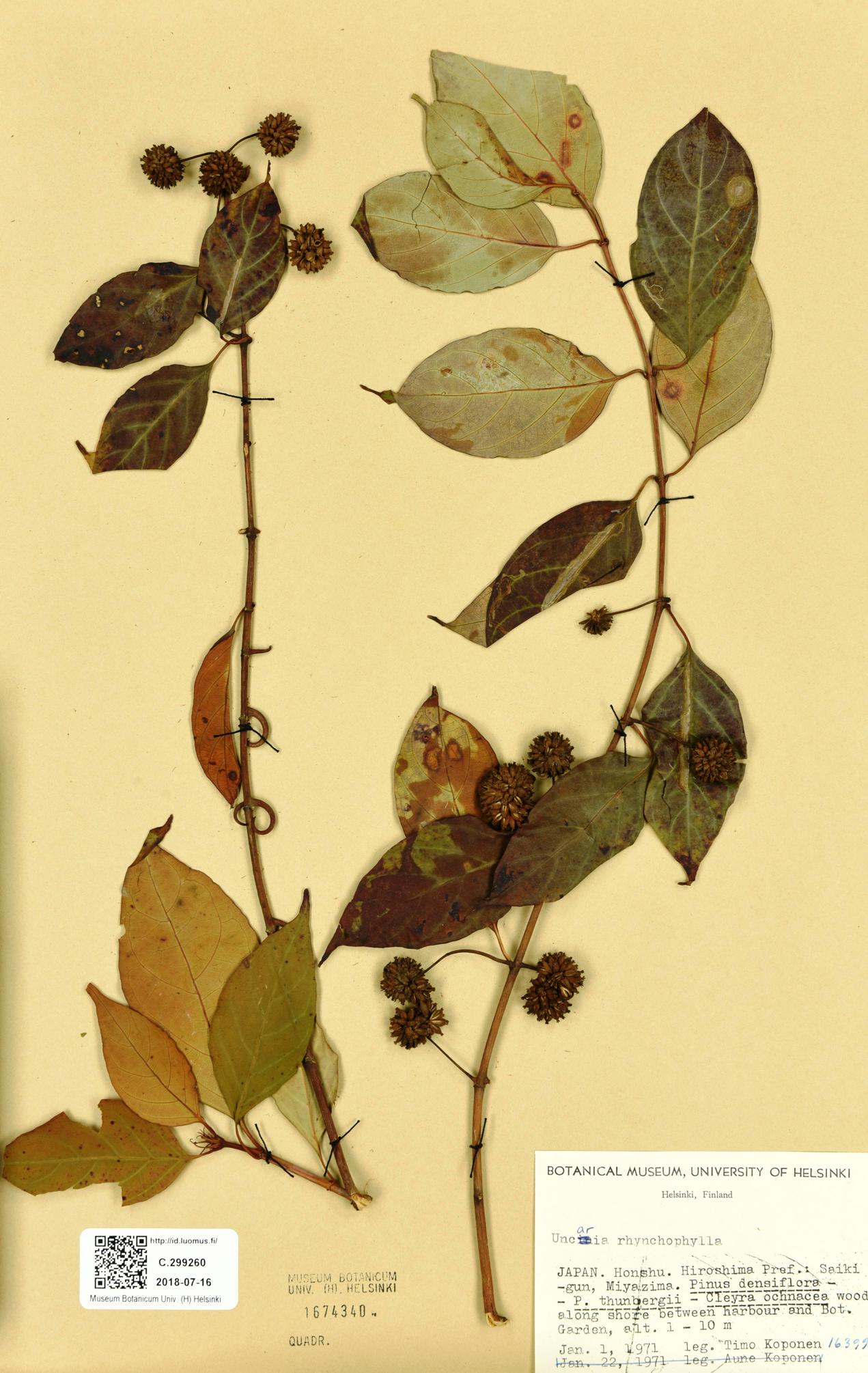 Description –
Uncaria rhynchophylla is a lianosa shrub that climbs to other plants or supports through hooks formed by reduced and modified branches.
The stipules are whole or bifid. The leaves are opposite, lanceolate ovoid in shape, with a pointed terminal part and a bright green color and evident veins.
The inflorescences are compact flower heads at the end of very small horizontal branches. The lobes of the corolla are without appendages.
The seeds have a long wing at each end, the lower wing deeply bifid.

Cultivation –
Uncaria rhynchophylla is a plant that is harvested in nature for local use as a medicine and source of materials.
This plant is mostly exploited in its natural state but can be grown in soils of medium fertility and with water availability during the growing season.
Propagation occurs by seed.

Customs and Traditions –
Uncaria rhynchophylla (in simplified Chinese: 钓钩 藤; traditional Chinese: 釣鉤 藤; pinyin: diào gōu téng; literally “Fish hook vine”) or cat’s claw herb is a plant used in traditional Chinese medicine.
The curved spines on the stems are antispasmodic, carminative, febrifugal and hepatic.
A decoction is used in the treatment of childhood seizures, headaches, dizziness, hypertension and apoplexy.
Some scientific research has been carried out on the plant.
These researches have shown that the plant has both anticonvulsant and free radical scavenging activities in rats treated with kainic acid (KA).
Some alkaloids have been extracted from the plant such as: alkaloids of the oxindole tetra and pentacyclic group, in particular rincofylline, isorincofylline. In the roots we also find pteropodina and isopteropodina. Quinovic acid glycosides have recently been identified. We also find epicatechin, four dimeric procyanidins and polyoxygenated triterpenes.
Among the other uses found, hollow stems are used as siphons.

Preparation Method –
Uncaria rhynchophylla is one of the plants used in Chinese medicine.
This plant mainly uses the leaves from which decoctions are obtained useful for some remedies. To better preserve the healing properties it is important that the decoction should not overcook.