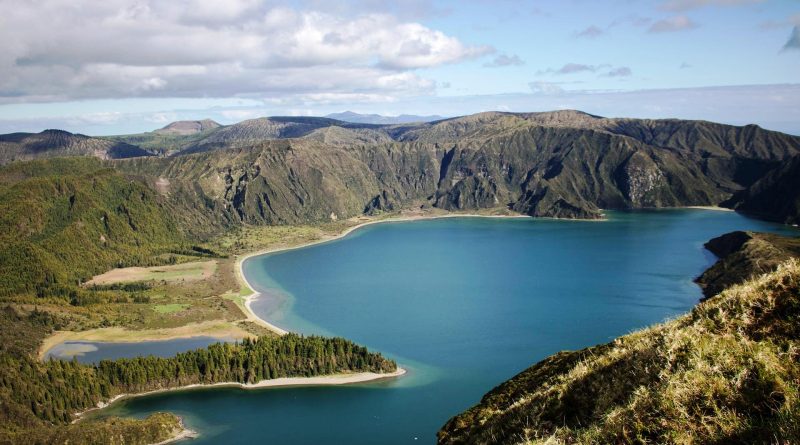 The term Macaronesia refers to an island system that includes Madeira, the Azores, the Canaries and the Cape Verde Islands.
Macaronesia therefore includes several archipelagos of the North Atlantic Ocean located off the African coast.
The islands of Macaronesia are part of Portugal, Spain and Cape Verde.
The term Macaronesia derives from the Greek μακάρων νῆσοι (makàrōn nêsoi) and means Lucky Islands, an expression used by the ancient Greek geographers to refer to some islands that were located beyond the Strait of Gibraltar. In these islands it was believed that heroes and immortals of an extraordinary nature were welcomed.

Geography –
The islands of Macaronesia are of volcanic origin, and are thought to be the product of some geological hot spots.
The islands have a unique biogeography and are home to some distinct communities of animals and plants. None of the Macaronesian islands has ever been part of a continent, so that the plants and animals present here could only reach the islands through long-distance dispersal. Laurel forests, called laurisilva, once covered much of the Azores, Madeira, the Savages, and parts of the Canaries. These forests resemble the ancient ones that covered the Mediterranean basin and northwestern Africa before the dryness and cold of the ice ages.
The deforestation to obtain wood for construction or fire, the development of agriculture and the introduction of exotic species of plants and animals by humans have further destroyed or greatly reduced much of the original vegetation, especially laurisilva. As a result, much of the islands’ endemic biota is critically endangered or extinct.
Macaronesia is divided as follows: Azores Archipelago, Madeira Archipelago, Porto Santo Island, Desertas Islands, Wild Islands, Canary Islands and Cape Verde Archipelago.

Climate –
The climate of the islands of Macaronesia varies from subtropical to tropical. The Azores and Madeira generally have a cooler and rainier climate than the Canaries and Cape Verde.
The climate of Macaronesia is exceptionally mild all year round and varies, as mentioned, from subtropical to tropical depending on the latitude, in fact the archipelago of the Azores and Madeira Islands usually have a less hot and slightly more rainy climate than the Canary Islands. and the archipelago of Cape Verde located much further south than the Azores. 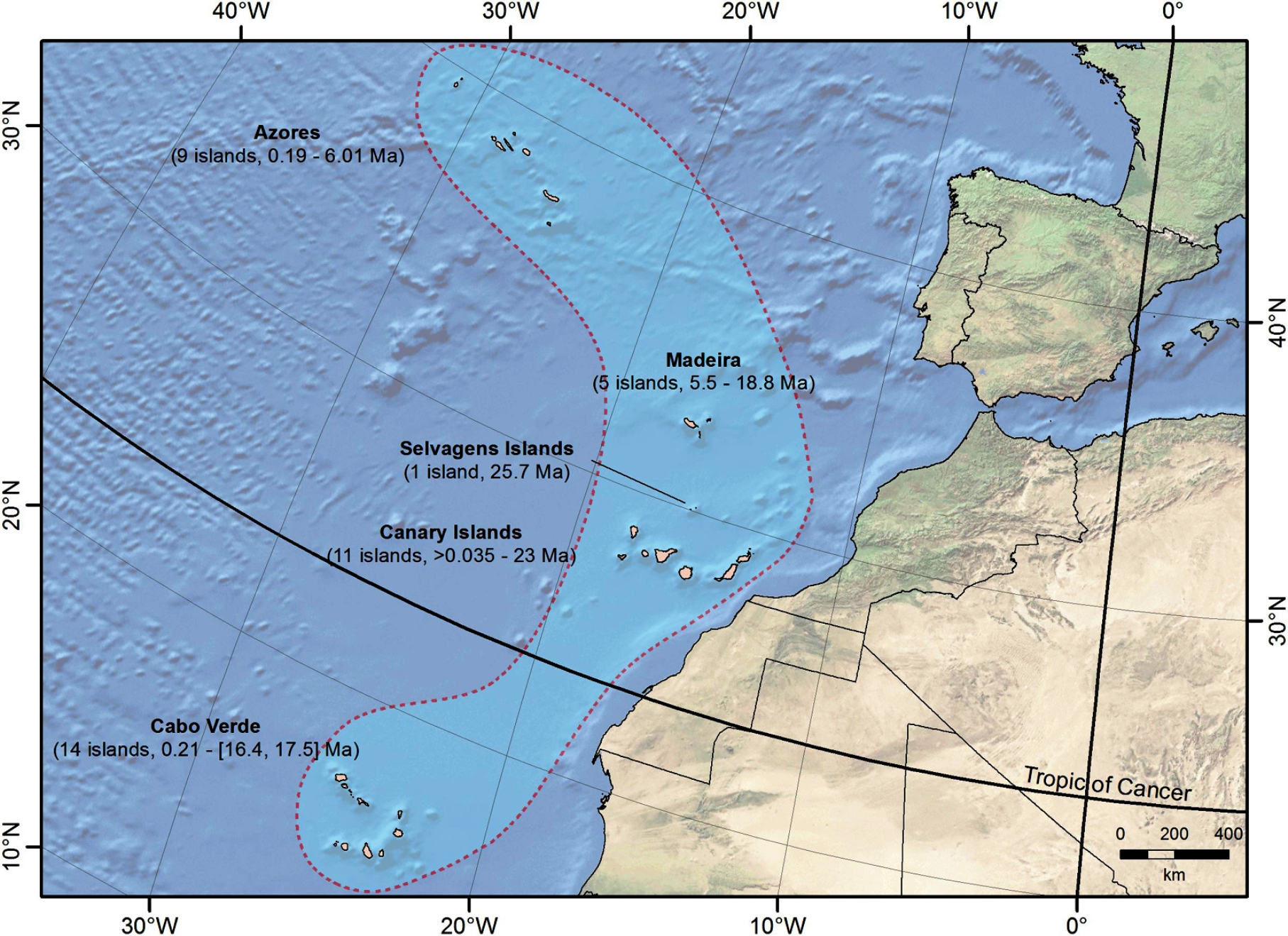 Flora-
The entire archipelago of the Atlantic islands of Cape Verde, Azores, Madeira and Canary Islands (the latter called in ancient Fortunati Islands, in gr. Μακάρων νῆσοι) is characterized by a flora rich in paleotropical endemic species, which until the salinity crisis of the Messinian were also present around the Mediterranean basin, as evidenced by numerous fossil remains. The vegetation of Macaronesia presents different aspects according to the altitude; on the coasts there are xerophilous evergreen forests and formations of succulent plants, such as euphorbia cactiformi, various species of Sempervivum, Sedum and Senecio, dracene, Phoenix canariensis and the wild prickly pear. In the mountain plain, from 600 to 1200 m, frequent fogs allow the development of laurisilva: a luxuriant forest of evergreen trees, rich in ferns, lianas and mosses, which often cover the trunks and hang from the branches of the trees like curtains; higher up, above the belt characterized by the condensation of atmospheric humidity, there are pine forests with Pinus canariensis and formations of genistoid shrubs, among which Spatocytisus supranubius dominates.

Fauna –
As well as the flora, the fauna of Macaronesia is characterized by an incredible variety of endemic species, both terrestrial, marine and birds.
In the Azores, for example, the greatest faunal wealth was and still remains today in the sea where the major aquatic mammals live: in the waters around the islands live and transit over 24 types of cetaceans such as sperm whales, killer whales and dolphins, 5 species of sea turtles , along with swordfish, tuna, barracuda, anchovies, groupers and many other types of fish.
In the area there are abundant colonies of molluscs and crustaceans that complete a truly exceptional marine biodiversity. The meeting area between the cold deep waters of the ocean and the warm currents of the Gulf make the Azores area an area particularly rich in fish at any time of the year. Pike, carp, trout and salmon trout are also found in numerous lakes on the islands.
Thanks to the ideal position of the archipelago, at the center of the route between America and Europe, and thanks to its jagged coasts, steep cliffs, unspoiled nature and numerous lakes, the Azores islands have become an almost obligatory stop for many migratory birds that they stop, eat and nest on its territory during their great intercontinental crossings.
The Azores are therefore rich in seabirds and birds of prey. To name a few: kites and hawks, partridges, crows, crows, pigeons, gulls, the royal tern, the blackbird, the canary, the Fea’s petrel, the Bulwer’s shearwater, the Atlantic shearwater, the Macaronesian shearwater, the Castro’s storm bird and the very rare Azorean Priolo or Bullfinch (Pyrrhula murina) which enjoys special protection as it is believed extinct and rediscovered on the island of Sao Miguel, in the Tronqueira area.
Of course, given the numerous unspoiled and wooded areas, there is no shortage of porcupines, Azorean hares, ferrets and other small land mammals. Finally, it is worth noting that snakes are absent throughout the Azorian archipelago. More generally, it can be said that there are no absolutely dangerous species for humans.
Last side note. There are two typical dog breeds on the island: the Cão Fila de São Miguel – medium / large size Molosser, an excellent herding and guard dog, and the Barbado da Terceira, a medium-sized dog with long and shaggy hair, also ‘it used as a working dog.