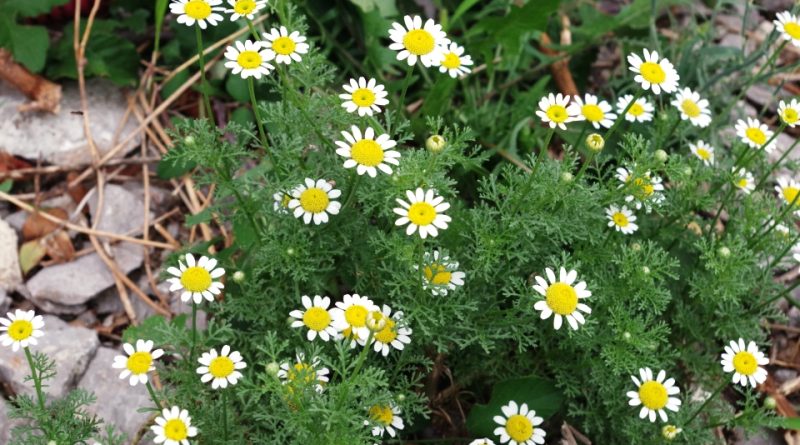 Etymology –
The term Tanacetum comes from the Greek ἀθανασία athanasía immortality, through the late Latin tanazita: reference to the long life of these flowers.
The specific epithet cinerariifolium comes from Cineraria, derived from cinis cenere: due to the ashy color of the leaves, and from folium leaf: with cineraria leaves.

Geographic Distribution and Habitat –
Tanacetum cinerariifolium is a native plant of south-eastern Europe (between Croatia, Montenegro and Albania) but which thanks to its properties is widely cultivated in Europe (in particular in Italy and Spain), in Japan, in North Africa, in Kenya and in Rwanda (where large plantations endanger the Virunga National Park, habitat of gorillas).
Its natural habitat is that of rocky soils, usually present also by the sea, and cultivated in northern temperate countries and in tropical areas at higher altitudes. In Kenya, crops are grown from 1,800 to 2,700 m of altitude. 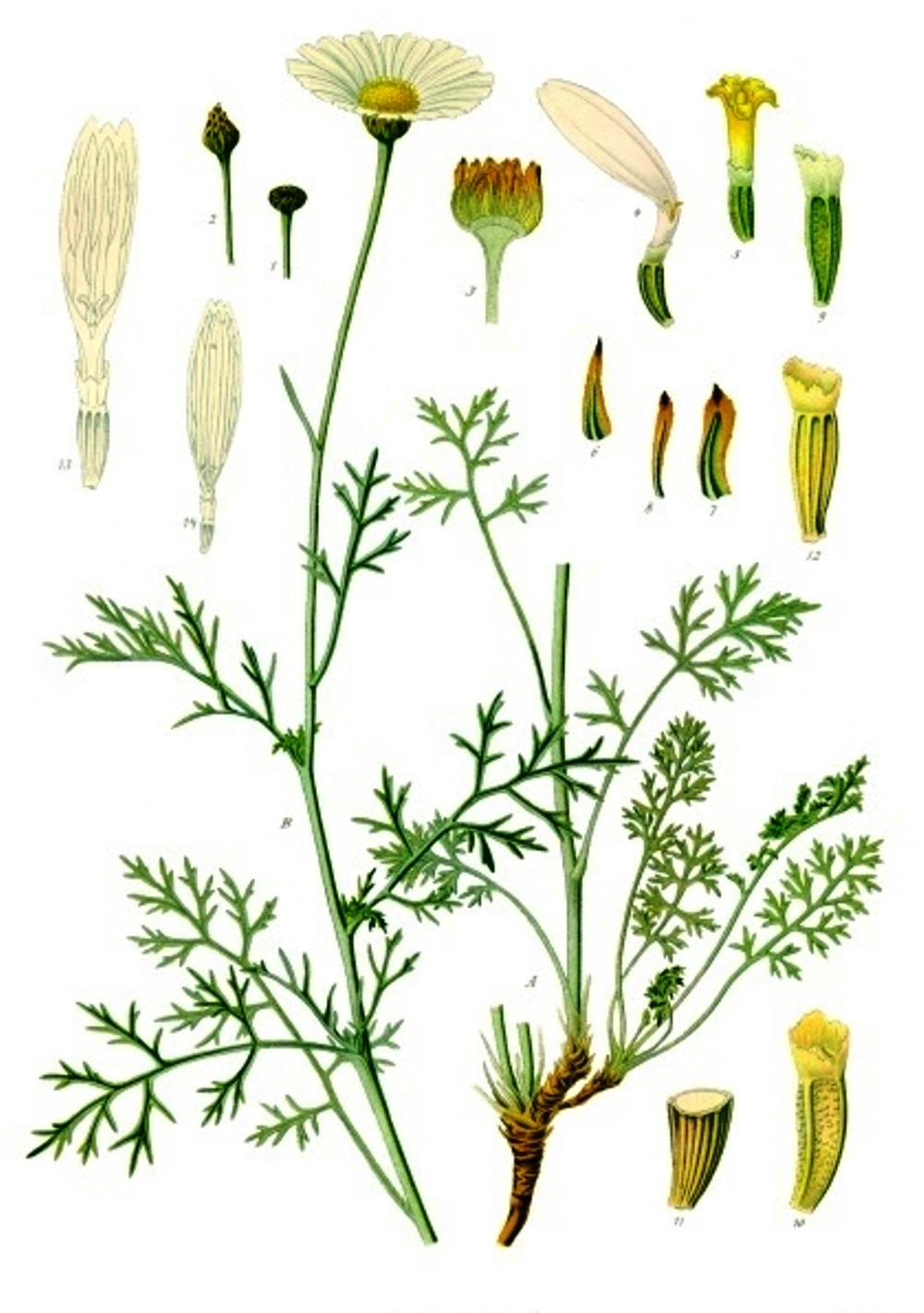 Description –
The Dalmatian insect-flower is a perennial, bushy, hairy herbaceous plant that grows up to 40–60 cm in height.
This plant grows in groups and has lobed leaves of blue-green color tending to ashy; the leaves are pinnatopartite, glandular-punctate; with the basal 10-20 cm, petiolate, from lanceolate to oblong, the segments from pennatisectano to palmatisetto, from strictly lanceolate to oblong-lanceolate; the cauline leaves are similar but slightly petiolate.
The flowers are collected in solitary flower heads with a yellow disc and white ligules, with a diameter of about 4 cm. they have an envelope of 12-18 mm, with white, female ligulate florets; ligule of 8-16 mm.
The fruits are 2,5-3,5 mm achenes, with 5 to 7 ribs. They have a crown pappus with 0,6-1 mm irregular lobes.

Cultivation –
Tanacetum cinerariifolium is a perennial plant that is used both in its natural state and cultivated for local use as a medicine and source of materials.
It is an economically important plant as a natural source of an insecticide called “pyrethrum” and whose active ingredient are pyrethrins.
Kenya produced 90% (over 6,000 tons) of the world pyrethrum in 1998. Production in Tanzania and Ecuador is also significant. Currently the main world producer is Australia.
It is a plant that grows without problems in many types of soils but prefers a soil rich in humus; from the pedological point of view it prefers a pebbly, calcareous, dry soil in a sunny position, so much so that when it is cultivated in humid climates, the plants often die after flowering. It tolerates a pH between 5.2 and 7.5.
Propagation normally occurs by seed. Sowing must be carried out in and the seed must be kept moist until germination. Subsequently, the individual plants are placed in individual pots or containers and transplanted in late spring or early summer.
The plant can also be multiplied by division in spring. The larger divisions can be planted directly in open field in the summer or the following spring.

Customs and Traditions –
Tanacetum cinerariifolium is a widely cultivated plant for its insecticidal properties but with possible potential for medicinal use.
From the freshly opened harvested flower heads, dried in the shade and ground, a yellow-greenish powder called “razzia” or pyrethrum with high insecticidal power is obtained as it contains particular active ingredients (pyrethrins) that act on the nervous system of insects. The two active ingredients currently most used for their effectiveness, both in the adult and larval stages of the insect, are tetramethrin and cypermethrin.
For this reason it is widely cultivated as a source of insecticide but also as a plant capable of repelling insects from nearby plants and, therefore, can be used, with the necessary precautions, in agroecological systems.
In the medicinal field it is not yet used although research has shown that the flowers have a weak antibiotic activity.
Flowers are the main source of insecticidal pyrethrum, toxic to insects and, according to recent research, even with levels of toxicity, especially neurological, for mammals, including humans.
It has sometimes been used as a dewormer in China.
The pyrethrins that are extracted from the yellow part of the flowers have a high content when they are in full bloom (1.22%) and lower in the previous period (0.71%).
Unfortunately, this insecticide also kills many beneficial insects.
We remind you that, in addition to research reports on the negative effects on mammals, amphibians and fish, as well as insects and other organisms, pyrethrins can cause a series of negative effects on humans such as allergic phenomena, allergic rhinitis, asthma and other pathologies.

Preparation Method –
To obtain the pyrethrins, the flowers of Tanacetum cinerariifolium are pulverized and the active components, contained in the seeds, are extracted and sold in the form of oleoresin. This is applied as a suspension in water or oil or as a powder.
It is also remembered that pyrethrins attack the nervous system of all insects and prevent female mosquitoes from biting, furthermore when they are present in quantities lower than those fatal for insects, they still seem to have a repellent effect for insects. They are also harmful to fish but are much less toxic to mammals and birds than many synthetic insecticides and are non-persistent, biodegradable and easily decompose on exposure to light.
Another practical use can be to infuse two handfuls of powdered dried flowers in a liter of hot water for an hour. This blend can be blended or filtered and then used as a spray.
Remember that once dried, the flowers or dust retain their insecticidal properties almost indefinitely.