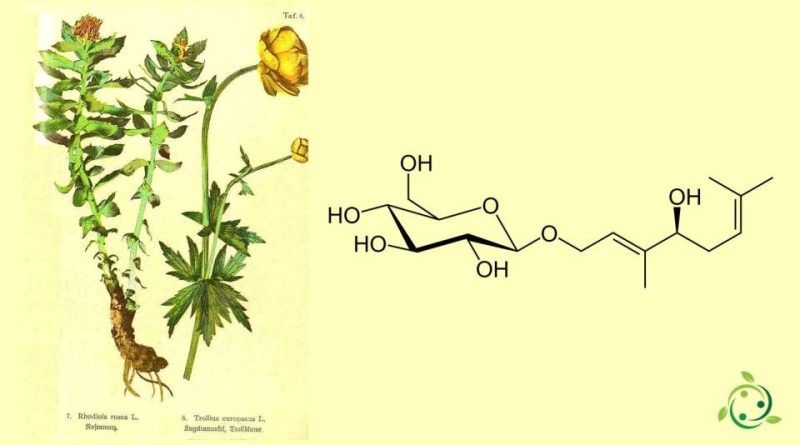 Rosiridin, whose term in the official IUPAC nomenclature is: (2R, 3R, 4S, 5S, 6R) -2 – {[(2E, 4S) -4-hydroxy-3,7-dimethylotta-2,6-dien- 1-yl] oxy} -6- (hydroxymethyl) oxane-3,4,5-triol is a substance of organic origin which has been isolated from Rhodiola sachalinensis but present in other species of the same genus.
Rosiridin, which is a monoterpene, has a brute or molecular formula: C16H28O7 can inhibit monoamine oxidase A and B, suggesting that the compound could help in the treatment of depression and senile dementia.
Rosiridin has mainly stimulating properties and causes the maximum inhibitory effect of monoamines.
For this reason it is interesting to research the extracts of plants of the genus Rhodiola, which belong to the Crassulaceae family, made up of nearly 200 species, of which Rhodiola rosea L. is the best known.

This plant is native to the arctic regions of eastern Siberia, but is also found in the northern parts of Europe and Alaska. Similar to Siberian ginseng, R. rosea root is traditionally used as a tonic in Russia, and as an antidepressant and anti-inflammatory drug.