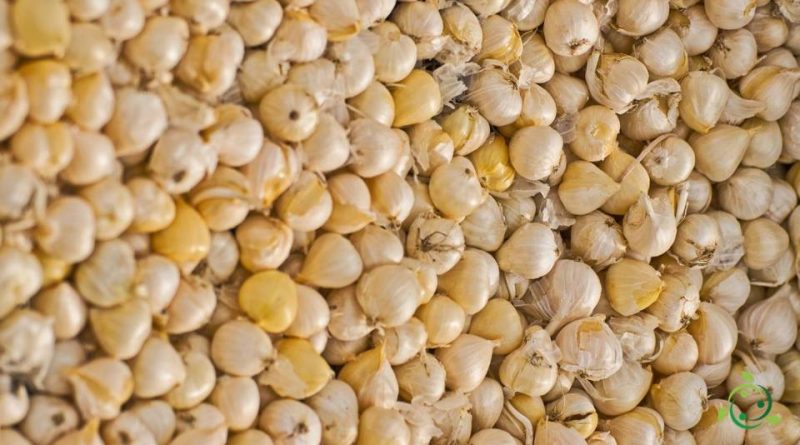 How the onion reproduces

The onion (Allium cepa L.) is a bulbous plant of the Liliaceae family that lives underground and is made up of modified leaves, which have an epidermis (protection).
This plant probably originates from the highlands of Turkestan and Afghanistan (Western Asia). Its cultivation is very ancient and dates back to the Egyptians in the fourth millennium BC; today it is grown all over the world.
In Italy the regions most interested in this crop are Emilia-Romagna, Campania, Sicily and Puglia.
From an agronomic point of view it is a biennial herbaceous plant whose life cycle, in cultivation, is interrupted at one year in order to be used for consumption. It has superficial roots, with leaves that swell in the basal portion giving the edible part. It forms a long flower stem that bears an umbrella-like inflorescence with yellowish-white flowers. The fruit is a capsule.
The onion is mainly used as a food and condiment, but it is also used for therapeutic purposes due to the properties that are recognized both by science and by the traditions of popular medicine.

Playback –
The onion reproduction technique can take place both for seeds and bulbs.
In the sowing technique, the seeds of which can also be preserved from previous crops, the optimal period to carry it out is spring. After sowing, which can also take place in polystyrene containers, the young seedlings, as soon as they have reached a sufficient size, will be transplanted.
Sowing can also be done in seedbeds during the summer or winter if you want to get onions to be consumed fresh.
As a rule, they are sown with a density of about fifty-one hundred seedlings per square meter for non-industrial crops and for fresh consumption.
In the reproduction by bulbs, we start from bulbs purchased on the market, and this technique allows to obtain onions of a more regular shape in less time, it is very suitable for small crops.
Consider that if you proceed with the collection of the seed at the end of the production cycle for the subsequent re-sowing, the seedlings that will originate will have a certain variability due to the reproduction mechanism.
If, on the other hand, you want to have uniform plantings, you start from planting with bulbs, which will obviously have the same characteristics as the mother plant.
For the details of the cultivation technique, refer to the following sheet.