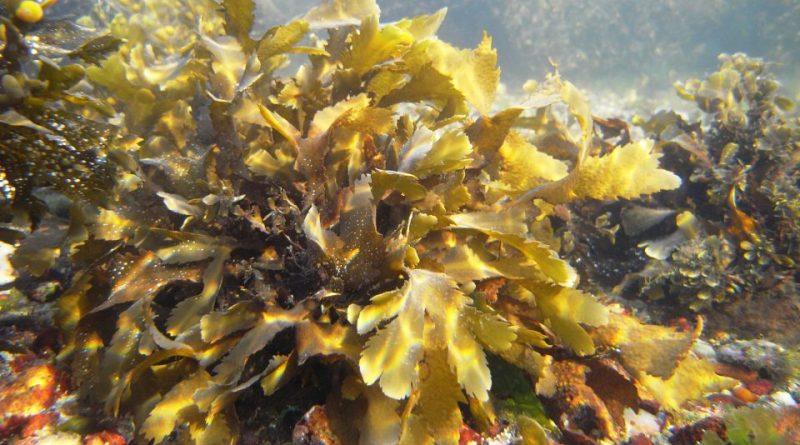 Etymology –
The term Fucus comes from the Greek phukos “sea alga”, of Semitic origin.
The specific epithet serratus, means serrated, from greenhouse saw: usually referring to the margin of the leaves.

Geographic Distribution and Habitat –
Fucus serratus is a brown alga present in a vast area of ​​the North Atlantic, and native to the British and Atlantic islands of Northern Europe and America.
This seaweed widespread in cold and temperate climates. 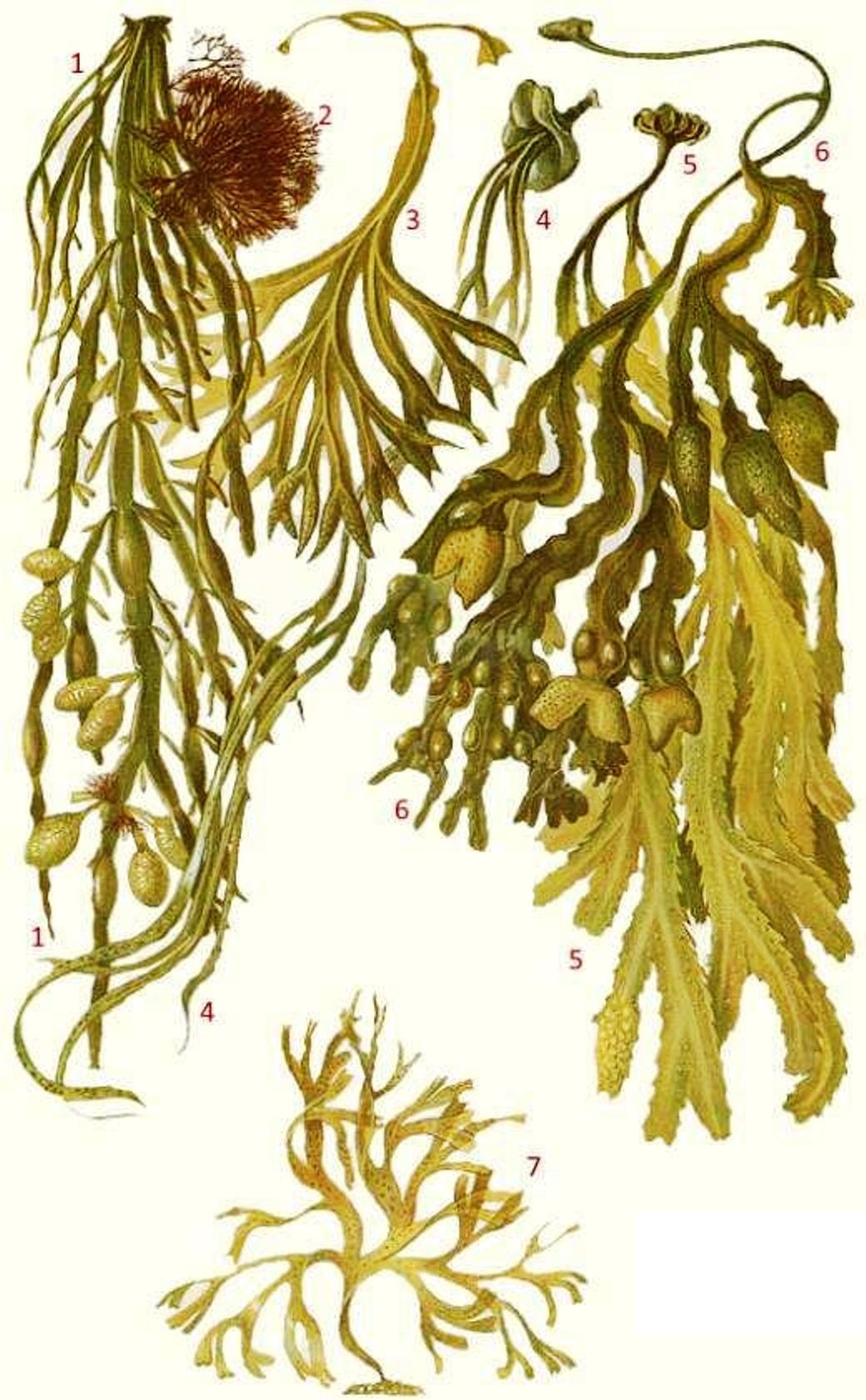 Description –
This brown alga has an olive-brown color and is somewhat similar to the Fucus vesiculosus and Fucus spiralis species.
It has a stem about two meters high and double-branched laminae called thalli which have swellings full of gelatinous substances, called conceptacles. These represent the reproductive system of the seaweed that reproduces quietly in cold climates, while it becomes sterile in hot ones.
It presents the terminal parts of the thallus in a serrated form.

Cultivation –
Serrated wrack is an alga that can also be cultivated. The cultivation, unlike the common agricultural species, takes place in the seabed and not in the fields. The seabed for the cultivation of fucus seaweed must be sandy and shallow in order to prevent its propagation, which is driven by throwing large stones into the sea. These create spaces devoid of vegetation, useful for facilitating the collection and cutting of the fucus. The seaweed is mowed every two years. This alga survives out of water for only 5 hours.

Customs and Traditions –
Fucus serratus is an algae widely used in herbal medicine for its recognized medicinal properties that make it useful in cases of obesity, diabetes, intestinal disorders and poor thyroid function. Its beneficial effects are due to the presence of substances such as mucopolysaccharides, including alginic acid, iodine, bromine, beta-carotene, mineral salts and vitamin C.
The main property of the seaweed is related to the stimulation of the basal metabolism, due to the presence of iodine, both in protein and inorganic form. Iodine stimulates the energy consumption of the mitochondria of the cells, leading to an acceleration of the metabolism and the consequent reduction of problems resulting from poor thyroid function, such as obesity or common excess weight. For these characteristics, Fucus serratus is also used as an adjuvant in diets aimed at slimming. In fact, it allows you to eat less, thanks to the induction of a sense of satiety. Alginic acid is also beneficial for disorders, such as gastritis and gastroesophageal reflux, which lead to damage to the mucous membrane of the stomach. The derivatives of algin, in fact, contain protective gels for the mucosa of the same which is shielded from the harmful action of gastric juices altered by the disease.
Fucus serratus has also been shown to lower glycemic indices, which are useful for diabetics. It can also work as an excellent iodine supplement, especially for individuals who are particularly deficient in this substance and who, precisely because of this deficiency, are prone to develop serious thyroid diseases such as hypothyroidism or goiter. It also has laxative effects that can be used in case of constipation.
Fucus serratus is an alga used in Ireland and France for the production of cosmetics and for thalassotherapy. In the Western Isles of Scotland it is harvested for use as a liquid fertilizer.
It also has a high nutritional value and helps strengthen hair and revitalize and protect the skin. Contains large amounts of vitamins, minerals and trace elements, and forms a barrier on the skin, keeping it well hydrated.
Fucus serratus secretes a mixture of oxidized polyphenols, carbohydrate polymer alginate and calcium chloride.

Preparation Method –
Fucus serratus is normally found on the market in the form of capsules or herbal teas.