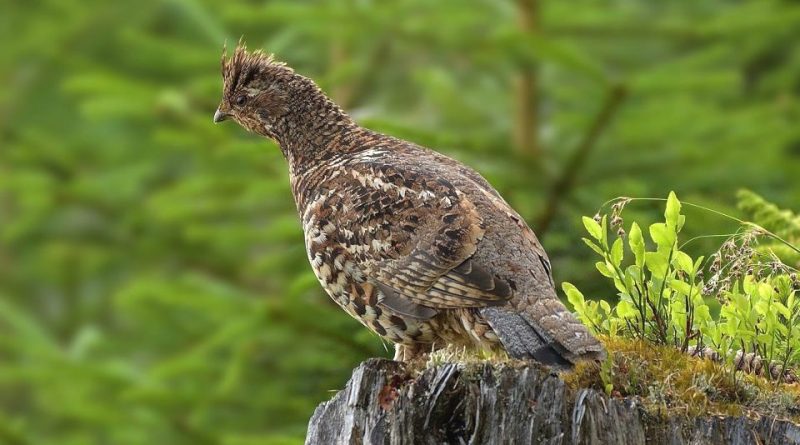 The Hazel grouse (Tetrastes bonasia, Linnaeus, 1758) is a bird belonging to the Phasianidae family.

Systematics –
From the systematic point of view it belongs to the Eukaryota Domain, Animalia Kingdom, Phylum Chordata, Aves Class, Galliformes Order, Phasianidae Family, Tetraoninae Subfamily and therefore to the Tetrastes Genus and to the T. bonasia Species.
The terms are synonymous:
– Tetrao bonasia Linnaeus, 1758;
– Bonasa bonasia (Linnaeus, 1758).
Within this species, 11 subspecies are recognized, which are:
– T. b. amurensis;
– T. b. bonasia;
– T. b. griseonotus;
– T. b. kolymensis;
– T. b. rhenanus;
– T. b. rupestris;
– T. b. schiebeli;
– T. b. sibiricus;
– T. b. styriacus;
– T. b. vicinitas;
– T. b. yamashinai.

Geographic Distribution and Habitat –
The Hazel grouse is a species with distribution on an area that concerns northern Eurasia and central and eastern Europe.
It is a sedentary species also present in Italy in the Alps between 700 and 1500 meters in height.
Its habitat is that of dense, humid and mixed forests of conifers, preferably with some spruce. 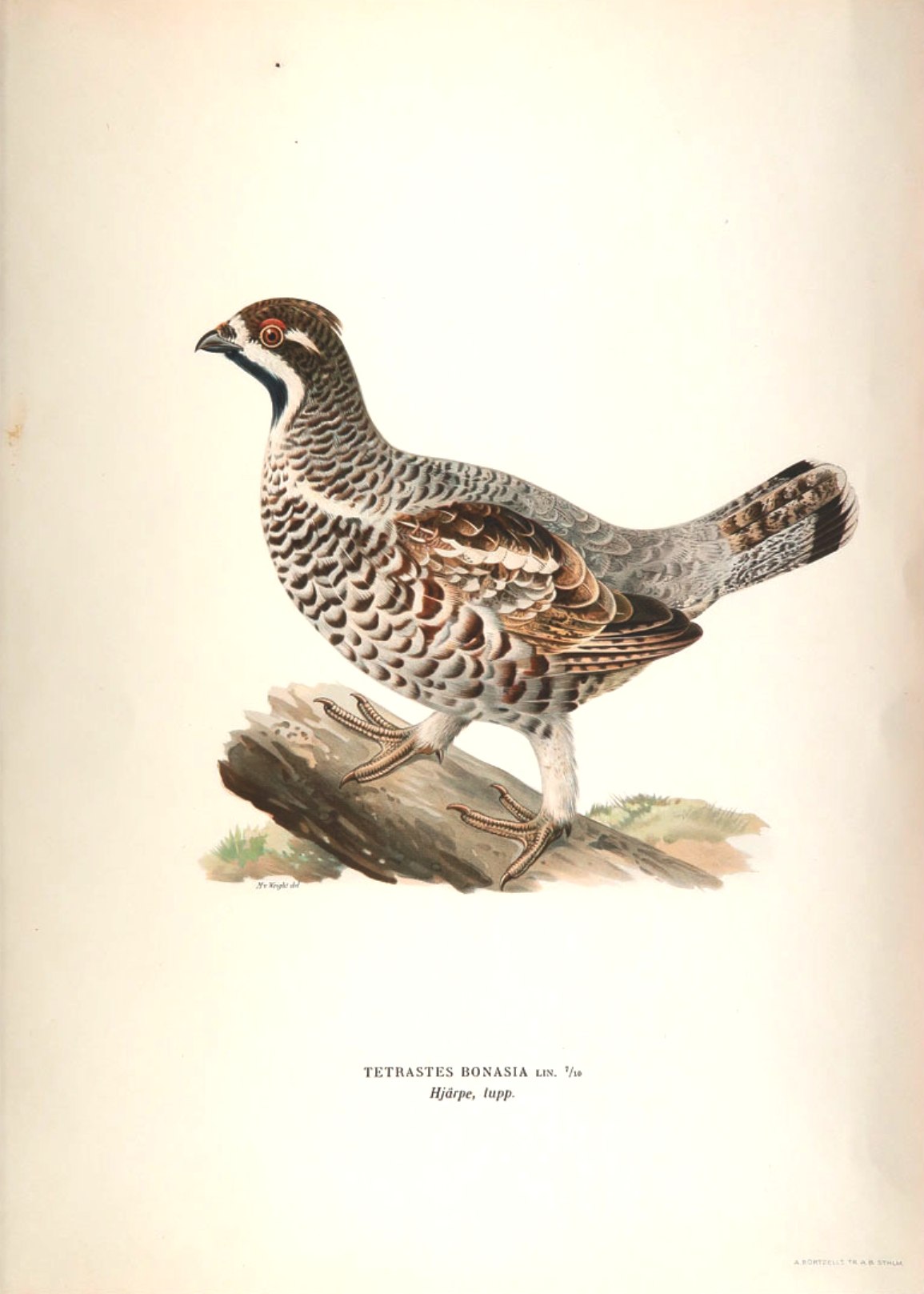 Description –
Tetrastes bonasia is a species with a total length of 34 – 39 cm, with a wingspan of 48 – 54 cm, for an average weight of 315 – 490 grams.
It is recognized for its cryptic coloring with gray, white, brown and black tones, very similar to the undergrowth. The upper parts are gray, the wings brown and the white underparts streaked with chestnut.
Males have a characteristic collar of white feathers that delimit a clear patch of black feathers starting from the forehead and around the beak, laterally on the cheeks and at the base of the neck.
Both the female and the male have a tuft of erectile feathers on the vertex which, however, appear more evident in the male. The caruncles, particularly marked above the eyes of the male in spring, are strongly reduced and are not noticeable in the female.
When flying there is a gray tail with a black tip.
The male has a sharp ti-ti-ti-ti-ti call, while the female has a liquid tettettettet.

Biology –
In this bird, couples form already in the winter period but the laying of the eggs, which is around 7-11 (although normally it is 3-6) for a brood per year, takes place from April to July. The hatching lasts 23-27 days and the independence of the young is reached after a period of 60-70 days.
The Hazel grouse nests and it is the female who takes care of the incubation and care of the young, as is typical of feathered game.
This wild bird lives about 7 years.

Ecological Role –
The Hazel grouse is a diurnal bird, linked to the grassy clearings, within its habitat, where its presence is often signaled by the calls or the fluttering of the bird’s wings, given that its shyness and woodland habitat make it difficult to see. Moreover, it is a very reserved species which, thanks to a very fine hearing, knows how to anticipate dangers, moving away in the woods long before being seen. It is a mainly arboreal species, which spends a lot of time on plants.
The nutrition takes place instead on the ground where it mainly takes vegetables (berries and legumes), while the chicks add insects and earthworms to the diet.
In winter it feeds mainly on needles and twigs, in spring on buds and flowers, in summer on fruits, berries, insects, spiders, worms and molluscs.