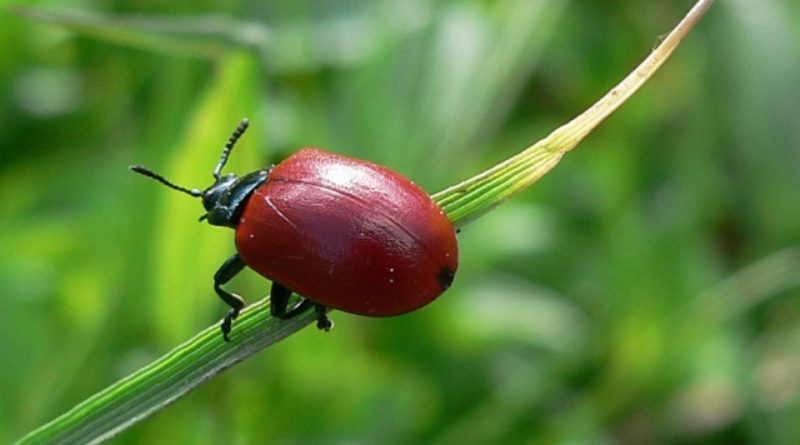 The Poplar Leaf Beetles (Chrysomela populi Linneo, 1758) is a beetle belonging to the Chrysomelidae family.

Geographic Distribution and Habitat –
Poplar Leaf Beetles is one of the most widespread and frequent species of leaf beetles of the Chrysomelinae subfamily. It is an insect present in most of Europe: Austria, Belgium, Czech Republic, France, Germany, Italy, Luxembourg, Poland, Slovakia, Switzerland and in the Palearctic and Eastern area such as: Caucasus, Pakistan, Siberia, Kazakhstan, Asia central, Far East of Russia, China and Japan.
The habitat of this beetle is mainly that of coniferous, mixed and broad-leaved woods, edges of woods and arid meadows with poplars and willows. 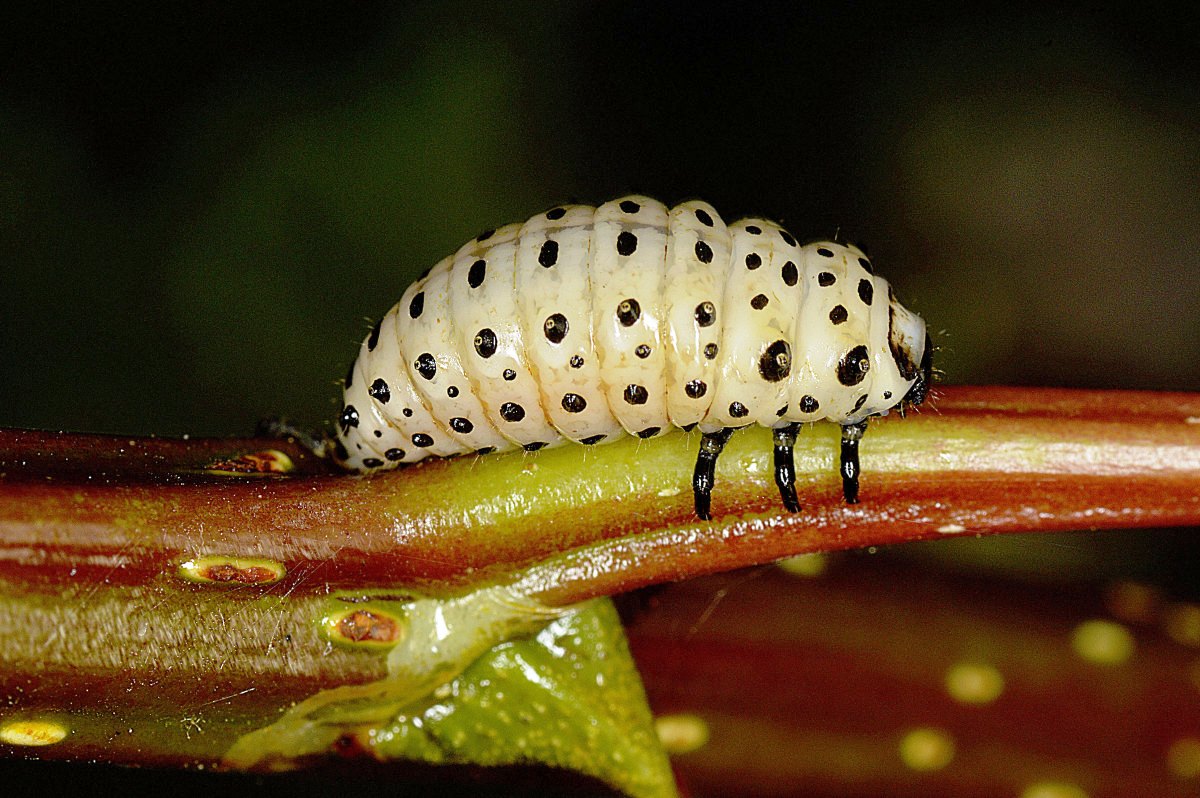 Morphology –
Chrysomela populi adults can reach a length of about 9–13 mm, with the female being slightly larger than the male.
These adult beetles are recognized by their black, dark blue or dark green ovoid body, which is round and ladybug-like. The head and pronotum are black in color; the elytra are bright red, with a black spot at the base. In addition, some specimens are orange.
The larvae are oligopods, whitish in color with yellowish reflections when they reach maturity; these along the body have longitudinal and regular rows of black tubercles (the young larvae are darker).
The eggs are recognized by their cylindrical / elliptical shape of orange-ocher color which are laid in groups on the underside of the leaves.

Attitude and Life Cycle –
The Poplar Leaf Beetles overwinters at the adult stage, sheltered on the ground among dry vegetable residues or in various other ravines; in some cases it can also be buried.
Adults can be found from April to October; in fact, when spring arrives, between April and May, the wintering adults bring themselves onto the plants and start trophic activity; subsequently they mate and lay groups of cylindrical eggs under the leaves.
The newly hatched larvae begin to gnaw on the leaves accentuating the damage done by the adults.
These larvae, at the beginning of the summer, originate the adults of the generation. The larvae of the last generation also overwinter in the litter under the leaves.
During the course of the year, there may still be a 2nd and possibly a 3rd generation; adults of the last generation will then be the ones who will winter.
Both the larvae and the beetles live and feed on young leaves of various plants of the Salicaceae species, especially Populus and willow species.
Adults can emit a very fragrant and repellent red liquid obtained from the salicylic acid contained in their food plants.

Ecological Role –
Poplar Leaf Beetles, if present in high percentages, can cause damage, both in the adult stage and in the larva, as both stages are defoliators. Adults eat the flap in an irregular way, bleeding it and piercing it; the larvae at first (young larva) skeletonize the leaves, then devour the whole limb.
In case of serious infestations, the outcome of the attack is a more or less serious defoliation, depending on the level of infestation.
The fight against Melasoma populi has up to now been of a chemical type and should be carried out only in the presence of strong infestations and especially in nurseries and not in open fields; in fact the younger the plant (nursery or in the first years of the plant) the greater the damage resulting from the attack.
Treatments must be performed against the first generation of larval infestations.
In recent times there has been a focus on the struggle with Bacillus thuringiensis ssp. tenebrionis (on young larvae) and on the use of chitin inhibitors on eggs and young larvae.
It has also been noted that the larvae and eggs can be attacked by parasitoid hymenoptera and that thanks to the bites of the ants, potential predators of the larvae, Bacillus thuringiensis subsp can spread. tenebrionis which leads them to certain death. Like all harmful insects, the larval phase is the most important one compared to the adult one and it is on it that the efforts to fight it must be concentrated.