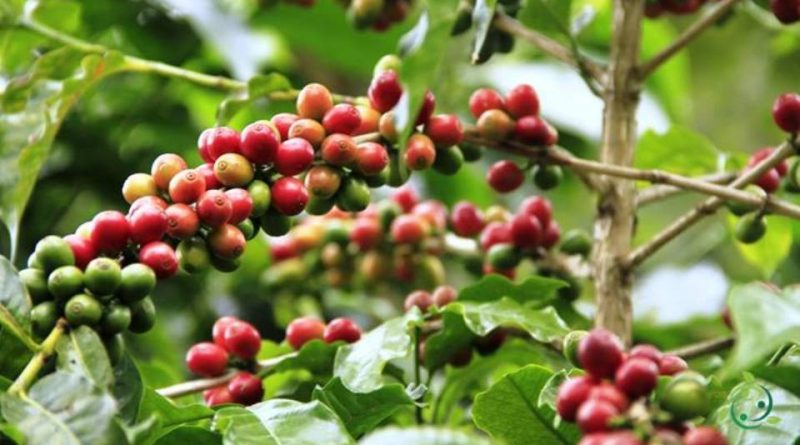 How to grow coffee

Over 120 species of small trees and shrubs belong to the genus Coffea L., 1753, some of which are cultivated for the production of coffee and of which, the best known is the Coffea arabica L., 1753.
Coffea arabica is a shrub or small tree native to Ethiopia and Yemen.
Coffee is one of the most cultivated plants in the world, and this cultivation has naturalized the plant even in places far from the areas of origin.
The coffee plant, outside the growing area, is often grown as a houseplant, especially for its decorative foliage.
However, it can be cultivated, even in different areas, such as those of cultivation, as long as it is a matter of climates that ensure a certain temperature and humidity.
Coffee is a tropical plant, which can not stand temperatures below 10 ° C; Furthermore, however, it seems that flowering is stimulated by the correct succession of seasons, it is therefore more likely that the plant grown in a greenhouse will produce flowers rather than the specimens forced into apartments (as ornamental plants) throughout the year. Furthermore, in the ordinary technique, water supplies are important and must be regular in the period from March to October; in the rest of the year it is watered only sporadically.
Climatic conditions and exposure –
The reason why coffee is rarely grown outside its traditional ranges is linked to the particular needs of this plant.
Coffea arabica absolutely cannot stand the cold. The minimum temperature it can be exposed to is 14 ° C. However, the ideal is to keep it between 18 and 21 ° C, with little excursion between day and night.
This is why, outside its range, to obtain the best results, the ideal would be to grow it in a temperate greenhouse.
The important thing is to ensure extremely bright exposure, while avoiding direct sun (which could cause leaf burns).

Propagation –
Sowing is done using very fresh grains, as their germination capacity lasts only a few weeks: let’s buy them directly and from reliable dealers, possibly specialized in tropical plants. They should always be stored at high temperatures, at least 25 ° C. the seeds should be placed on a substrate (or on absorbent paper) keeping the environment very humid and with a constant temperature between 25 and 28 ° C. Germination is very slow: it can take up to two months. Then we gently move the seedlings into pots at least 40 cm deep and fertilize properly.
When propagating by cuttings, it is necessary to take these branches of the year in summer: they must be only partially lignified. Let’s place them in a very light substrate and always keep them moist (we put a transparent plastic cap. However, let’s aerate them often to avoid rotting. Rooting should take place within 30-40 days, then we can transfer them to the final pot.
As for the raw material to start cultivation, this can start from seedlings as well as from seedlings of good size that are sold quite commonly in nurseries, usually in spring; obviously from seed we will have longer growth times.
Very vigorous plants with abundant blooms only occur in a very humid environment.
The optimal pruning period is from May to June, remembering that flowering occurs between June and October and in optimal climatic conditions at any time of the year.
As far as fertilization is concerned, it should be remembered that coffee is a very demanding plant in this respect: in particular, it quickly suffers from the lack of microelements. To obtain good growth, flowering and fruiting it is necessary to bring good quantities of potassium fertilizers, while at the beginning of winter it is good to spread and bury well-seasoned manure under the surface.

Pruning –
The plant, if in good soil and climatic conditions, can grow up to 5 meters in height. The trunks also lignify better and branch more effectively. It is cut just above the 3rd or 4th bud: secondary branches will arise from there which will be further topped.
This type of intervention is carried out at the end of spring, only on plants in full shape: those that are struggling could suffer a withdrawal of the sap and a drying of the branches.

Collection –
Before bearing fruit, the plant must reach adulthood which generally does not occur before the 4th year. The fruits ripen very slowly: depending on the climate they can take from 6 to 12 months. Flowering, like fruiting, can occur at any time of the year and the plant can bear flowers and fruit at the same time, even at different stages of ripeness. In our climates, however, it is very difficult to reach full maturity.
The fruits are harvested when they become a beautiful dark red, almost garnet red: they open and one or two grains are extracted from each. Before using them they must be roasted (in the microwave, in the oven or in a pan) and ground.

Cultivation in Italy –
In recent times, production has been experimented, especially in some coastal areas of Sicily, not without having to face the resolution of some problems.
In fact, if grown in open field conditions, the plants can sketch some flowers which may then not open, while under the greenhouse you can have up to six blooms in a month and a half, starting from the beginning of April. Fruit ripening takes almost a year.
This crop, in Sicily, does not require particular care in terms of fertilization and also from the point of view of defense does not present any critical issues, also because being a new crop kept under greenhouses, it is hardly attacked by parasites or affected by plant diseases.
Even if the production of coffee made in Sicily for now is extremely limited and experimental.
Here, cultivation has spread especially in greenhouses, given, among other things, that coffee does not like direct sunlight, at least in our latitudes.
Regarding the economic aspect of the cultivation operated in Sicily, even if the production costs are not very high, they are not yet competitive with those of Brazil or Colombia, where coffee grows in the open field and offers more crops per year. thanks to the favorable climate.
However, it is interesting to consider that there is a niche market willing to pay a higher price for a quality and local product. The future productions of Sicilian coffee, therefore, even if limited and sold at a high price, will probably find admirers among Italian consumers.
Among other things, it must be considered that the varieties of Arabica that are grown in greenhouses today could adapt to our climate over the years and the progeny, duly selected, could also be grown in the open field.
On the other hand, it is known that the best coffee in the world is the one that grows in the equatorial mountainous areas, where the air is never too hot and where the temperature drops by many degrees at night. The Sicilian climate, with the alternation of hot summers and cool winters, could represent the future of this cultivation.