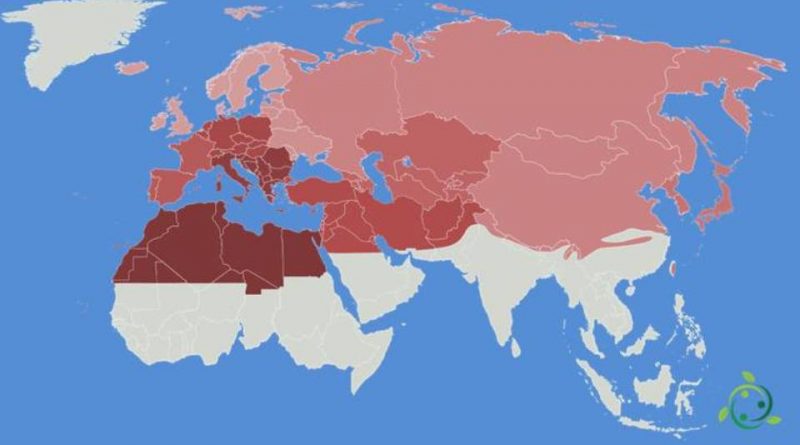 – Afrotropical or paleotropical or Ethiopian ecozone, (area 22.1 million km2), (non-Mediterranean Africa, Southern Arabian Peninsula, Madagascar;
– Oceanian ecozone, (area 1.0 million km2), includes Polynesia, Micronesia and the Fiji Islands;
– Antarctic Ecozone, (area 0.3 million km2), consisting essentially of Antarctica and the surrounding waters.
They fall within the Palearctic:
Europe, Asia north of the Himalayas, North Africa and the north and central area of ​​the Arabian Peninsula.
The Palearctic together with the Neartic ecozone constitutes the Olarctic ecozone.
Within the Palearctic ecozone we find a series of biomes. these are:
– tundra, taiga, temperate deciduous forest, Mediterranean ecosystems, temperate grassland and the temperate desert.
In addition, only two exclusive families of mammals live in this region, both rodents: the one to which the desert dormouse belongs and that of the blind mole-rats.