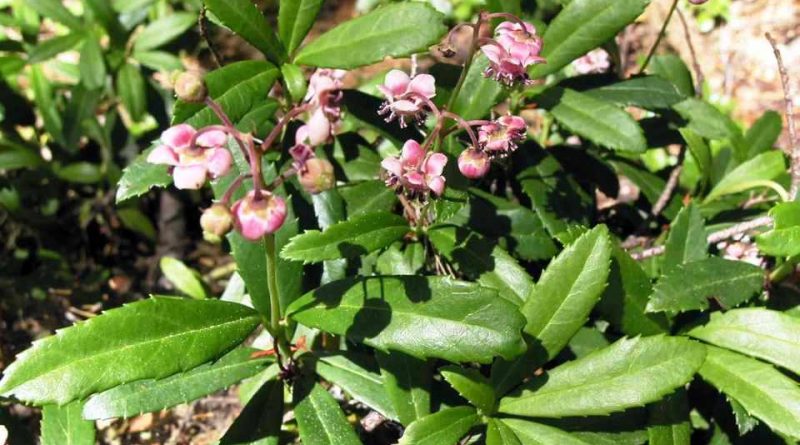 The Pipsissewa or umbellate wintergreen or prince’s pine (Chimaphila umbellata (L.) Barton) is a herbaceous species belonging to the Ericaceae family.

Etymology –
The term Chimaphila comes from the Greek χεῖμα cheima winter time and from φίλος philos friend, lover: because these seedlings remain green even in winter.
The specific umbellata epithet comes from umbella umbrella, parasol: with umbrella-like inflorescences or umbrella-shaped bearing.

Geographic Distribution and Habitat –
Pipsissewa is a small perennial flowering plant native to the entire cold temperate northern hemisphere of North America.
It is widely distributed from Newfoundland to southern Alaska, California and Mexico, and east to New Mexico, Colorado, and South Dakota. It is also found in the eastern United States from Maine to the south in the mountains in Georgia and to the west in Minnesota.
Its growth habitat is that of arid woods or sandy soils.
It grows in the undergrowth in coniferous and mixed forests with numerous tree species from 300 m up to 3.500 m a.s.l. 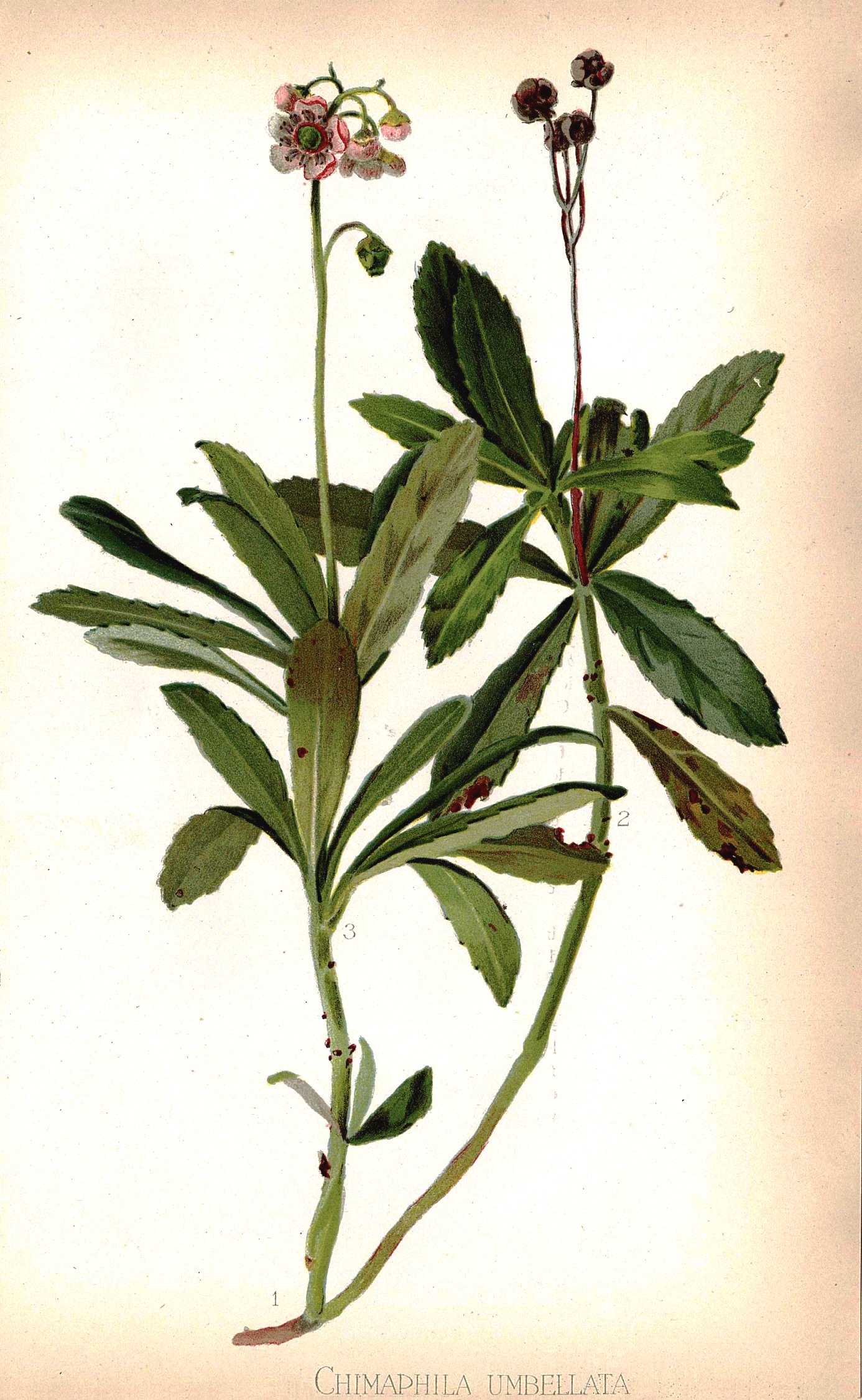 Description –
Chimaphila umbellata is a plant that grows from 10 to 35 cm in height.
The leaves are evergreen, glossy, bright green, toothed arranged in opposite pairs or whirls of 3-4 along the stem; they have a slightly toothed margin, where the teeth have fine hairs at the ends.
The flowers are white or pink, produced in a small umbrella where there are 4-8 together.

Cultivation –
Pipsissewa is a wild plant that produces long rhizomes that normally grow at a fast pace.
This plant grows in a wide variety of soil and soil moisture regimes. Its presence decreases with the increase in altitude and rainfall and increases with continentality.

Customs and Traditions –
Chimaphila umbellata is a plant used in some traditional medicines of the peoples of North America.
Some highland Indian tribes used it to treat tuberculosis.
Twentieth-century Appalachian folk healer Clarence “Catfish” Gray, “The Man of the Woods”, credited pipsissewa with treating his heart problems and included it in his 15 herbal healing “bitters”.
This plant is also used as a flavoring in candies and drinks, in particular for Root beer.

Preparation Method –
Chimaphila umbellata roots and leaves can be boiled to create a tea-like drink.