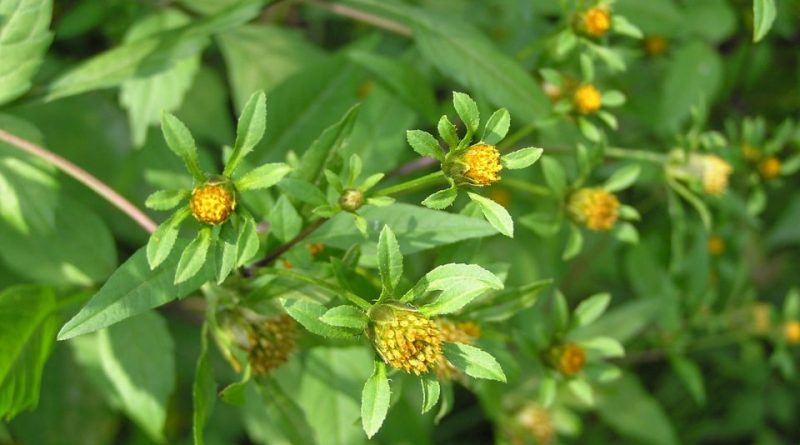 The three-lobe beggartick (Bidens tripartita L., 1753) is an annual herbaceous species belonging to the Asteraceae family.

Geographical Distribution and Habitat –
The three-lobe beggartick is a Eurasian species, present in North Africa and North America that also has naturalized populations in Australia and in some Pacific islands.
It is present in northern Italy (except Liguria), Marche, Umbria, Abruzzo and Islands.
Its habitat is that of humid environments, such as banks of ponds and canals, but it also grows in ruderal stations such as at the edges of the fields, on soils from silty to sandy periodically flooded and rich in nitrogen compounds, from the sea level to about 800 m , where it often becomes a pioneer plant. Its presence is in regression due to the exotic nature of Bidens frondosa. 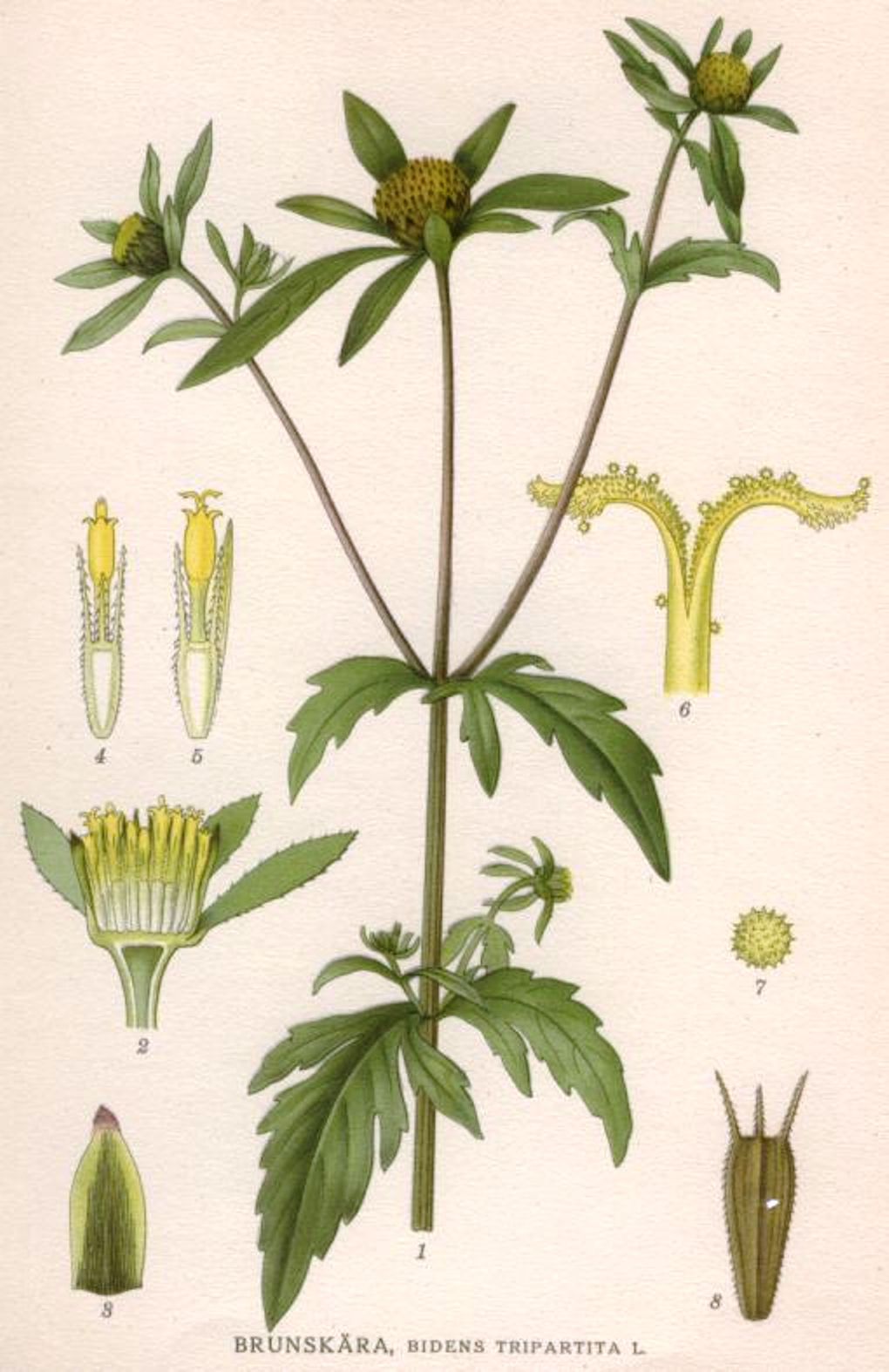 Description –
The three-lobe beggartick is an annual herbaceous plant.
The stem is quadrangular and erect 20 to 70 cm tall, branchy, green and often reddish in color.
The leaves have a short petiole, are evidently pinnate, tripartite with the central element of greater size, all three segments have a lanceolate shape, are serrated at the sharp edge and apex.
The inflorescence, present from July to October, is made up of pedunculated flower heads with tubular yellow flowers.
Pollination is entrusted to insects.
The fruit is a brown and elongated achene, provided with two teeth that facilitate its dispersion by attaching to the animal fleece (epizoocoria dispersion), inside there is a single seed.

Cultivation –
The three-lobe beggartick is a pioneer plant that grows spontaneously and that is pollinated by insects (entomogamous pollination).
Fertilization takes place basically through the pollination of the flowers (see above).
The dispersion of the seeds, after ripening, when the seeds fall to the ground, occurs through dispersion mainly by insects, such as ants (myrmecoria dissemination). In addition, the seeds are equipped with long pointed remains and serrated bristles thus facilitating zoocoria-like dissemination when they are still on the plant.

Uses and Traditions –
The three-lobe beggartick is a plant with great variability and also some hybrids.
The variability of this species is manifested in the morphology of the leaves and in some element of the inflorescence, but also in the structure of the achene which can occur with developed ribs and therefore with a more or less angled section, with a tuberculous surface.
The three-lobe beggartick has medicinal properties and can be used as an antiseptic, astringent, diuretic, emmenagogue, febrifuge, laxative, narcotic, sedative, stiptic.
Tripensite Bidens has been used in folk medicine for the following medicinal properties:
– antiseptic (property of preventing or slowing down the development of microbes);
– astringent (limits the secretion of liquids);
– diuretic (facilitates the release of urine);
– emmenagogue (regulates menstrual flow);
– hemostatic (blocks the flow of blood in case of hemorrhage);
– febrifuge (lowers body temperature);
– laxative (has purgative properties);
– sedative (calms excess nervous or painful states);
– amazing (they are able to alter the state of consciousness).
From some parts of the plant both a black and yellow dye can be obtained; also the incense produced with Bidens tripartite repels insects and flies.

Preparation method –
The leaves and tender parts of the plant are used for this plant to prepare infusions and decoctions used, especially in the past, in folk medicine.