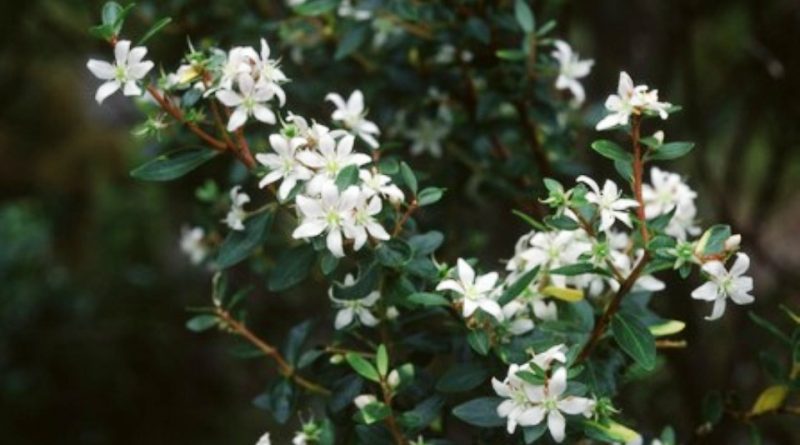 The Round leaf buchu (Agathosma betulina (Berg.) Pillans) is a shrubby species belonging to the Rutaceae family.

Etymology –
The term Agathosma comes from the Greek ἀγαθός agathós good and from ὀσμή osmé odor: for the pleasant aromatic scent of this plant.
The specific epithet betulin is in reference to birches, from birch birch, due to the distant similarity of the leaves to those of this plant.

Geographical Distribution and Habitat –
The Round leaf buchu is a plant native to the low altitude areas (300 to 700 meters) of the mountains of western South Africa. It grows mainly in areas close to: Calvinia, Cederberg, Tulbagh, Cerere and Piketberg.
Its habitat is that of the proximity of the streams of the fynbos, that is, that shrubby vegetation that populates a small coastal strip of the Western Cape Province, in South Africa, called the Cape Floral Kingdom. 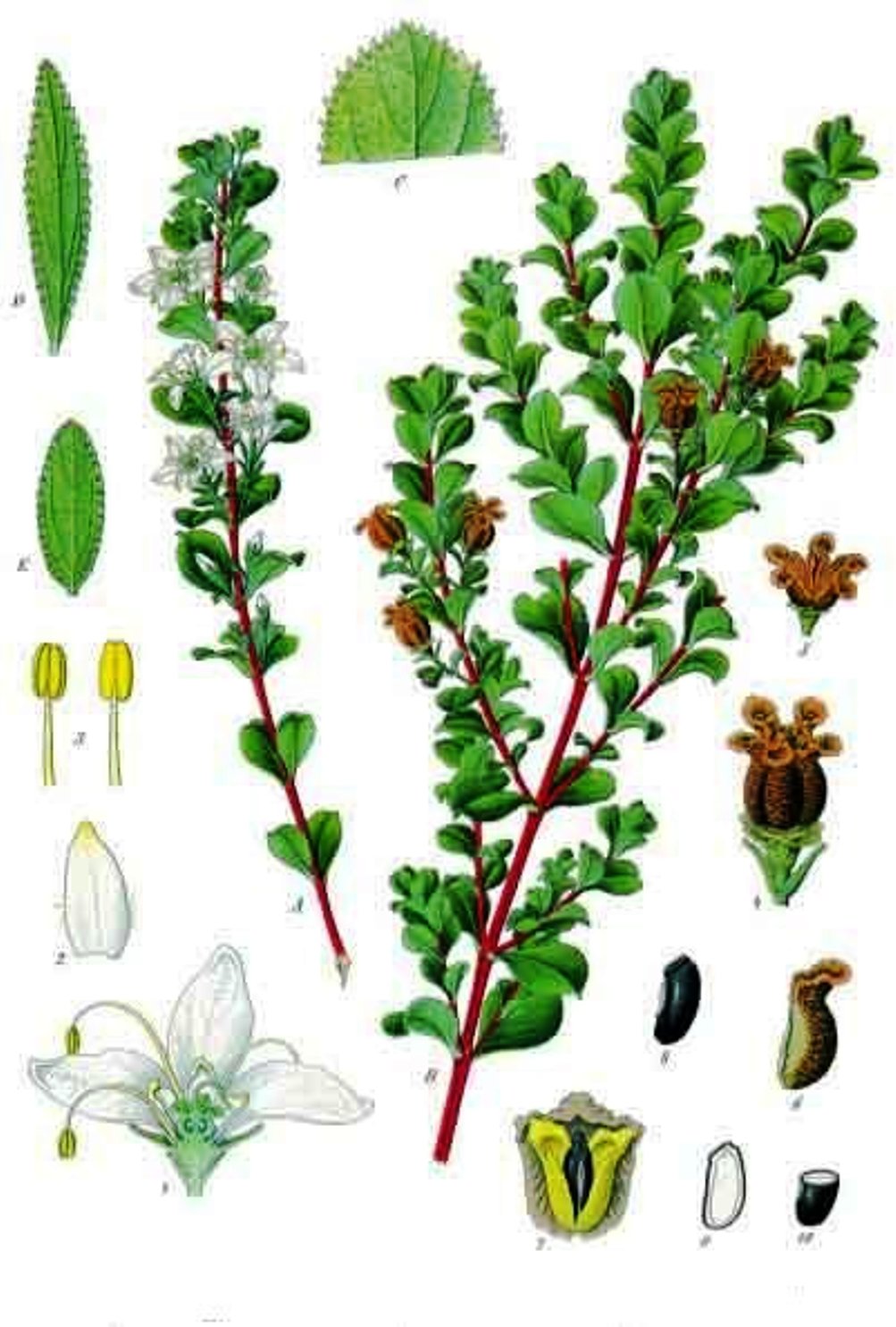 Description –
Agathosma betulina is an evergreen shrub that can grow up to 2 m in height. It has opposite leaves, rounded in shape, about 20 mm long and wide.
The flowers are white or pale pink in color with five petals.
The fruit is a five-part capsule which, when ripe, opens to free the seeds.

Cultivation –
Agathosma betulina is a spontaneous species that in its habitat is visited by a variety of insects, in particular bees and flies that carry out entomophilous pollination.
The seeds are released after the flowers have dried.
The fruit is a capsule which, when ripe, explodes to release the seeds.
These are shrubs that can re-grow after a fire.

Uses and Traditions –
Although these plants, in the wild, are still abundant, they are harvested faster than they can reproduce. Agathosma betulina is in fact threatened by activities, including, in addition to excess harvest, damage to its habitat.
For this reason it is starting to be cultivated.
Of this plant, essential oils and leaf extracts are used as an aroma for tea, candies and liqueurs, known, in South Africa, as buchu brandy.
Among the primary chemical constituents of the oils of Agathosma betulina we mention isomentone and diosphenol.
In addition there are: 5% resin, the flavonic glycoside diosmin (barosmin), which by hydrolysis produces rhamnose, glucose and diosmetin (5,7,3′-trioxy-4′-methoxyflavone), the flavanonic glycoside experiments dina, around 1 , 5 -3.5%. Furthermore, the presence of vitamin B1 was found in dried leaves, in the order of around 2%.
The plant was used by the natives of South Africa as a folk remedy for various ailments. The first Dutch settlers used this plant to make a brandy tincture which is still used today.
It is currently commonly used as a medicine and in the perfume industry.
Both Buchu tea and Buchu brandy are used to treat digestive and urinary tract problems.
The used parts of this plant are the leaves that must be collected in the period of March / April.
Its main pharmaceutical properties are linked, as mentioned, to the diuretic and antiseptic action of the urinary tract with an activity perhaps superior to that of bearberry.
However, its use can easily cause gastric and intestinal intolerance phenomena.
For this reason it is therefore recommended not to administer it on an empty stomach.

Preparation method –
In addition to the medicine and perfume industry, with the leaves of Agathosma betulina, Buchu tea and Buchu brandy are prepared, always used to treat digestive and urinary tract problems.