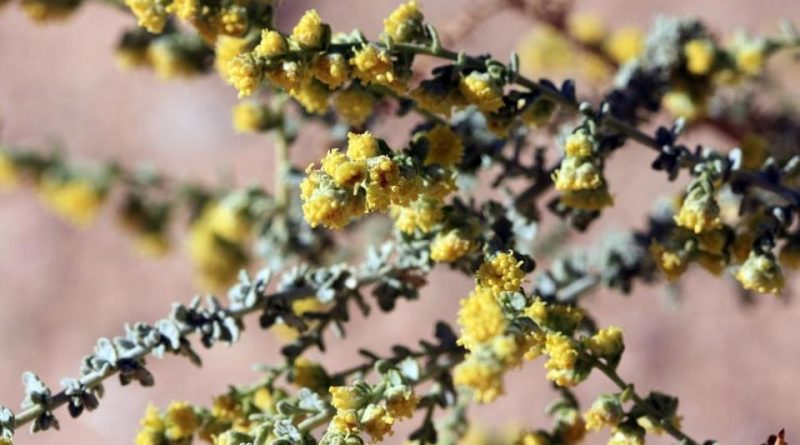 The Judean Wormwood (Artemisia judaica L.) is a herbaceous species belonging to the Asteraceae family.

Etymology –
The term Artemisia comes from Ἄρτεμις Artemis Artemide, Greek name of the goddess Diana, a genus already mentioned in Pliny; according to some authors, Artemisia II of Caria (Αρτεμισία Artemisía? -350 BC), sister and wife of Mausolus, would have given this plant its name.
The specific Judaica epithet comes from Judaea Giudea, southern portion of Palestine: Jew, from Judea.

Geographical Distribution and Habitat –
Artemisia judaica is a medicinal and aromatic plant that grows in the valley floors of desert areas, in particular in the southern desert of Jordan closest to the Jordan-Saudi Arabia borders and in the Wadi Araba in southern Badia.
Its habitat is represented by pre-desert and desert areas where it manages to grow with minimal rainfall. 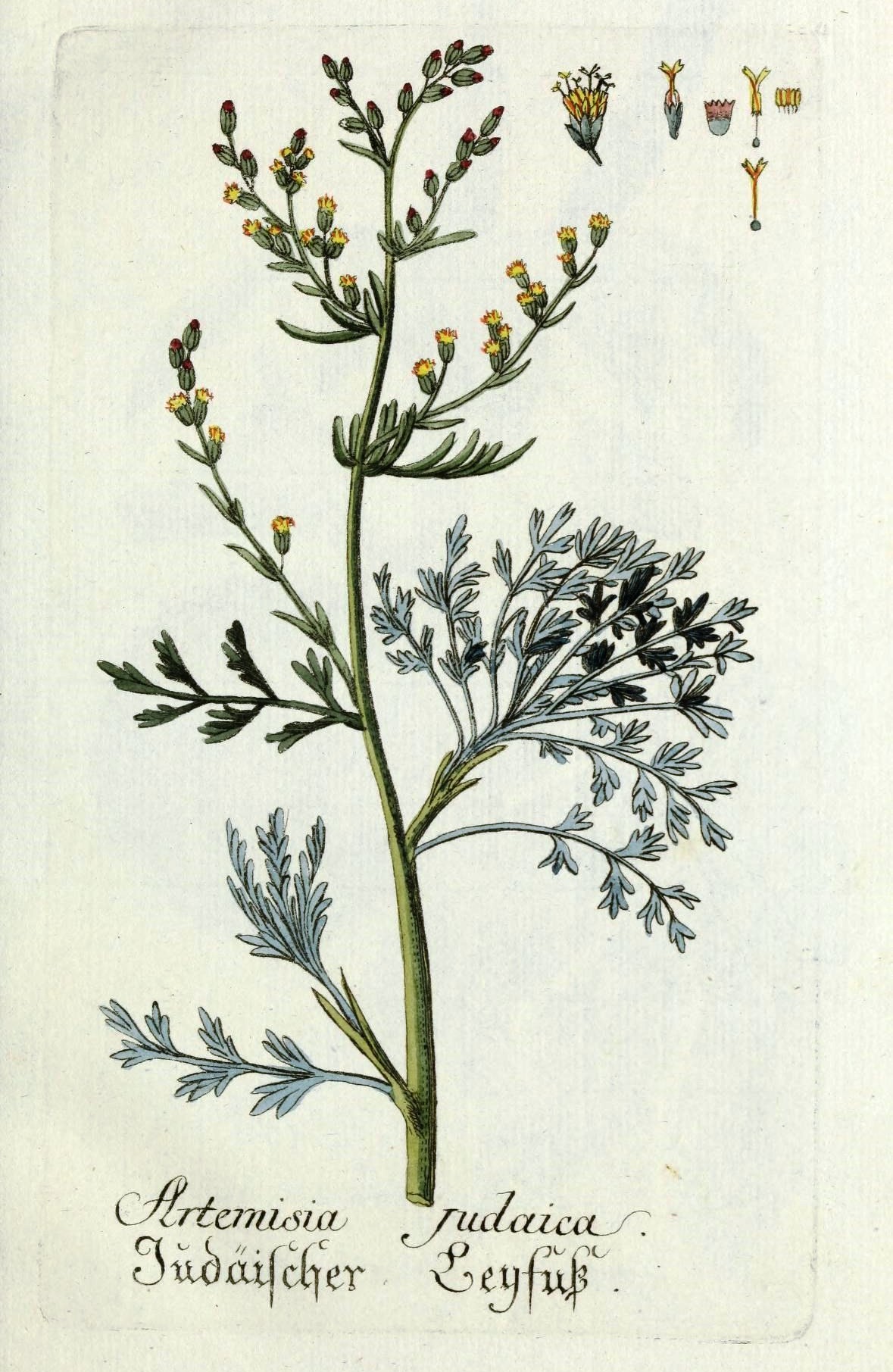 Description –
The Artemisia judaica is a plant that can reach a maximum of 200 cm and has a prevalent biological form, fruticose camefites, that is, a perennial plant, woody at the base, with wintering buds placed at a height from the ground between 2 and 30 cm with a shrubby appearance. The herbaceous portions dry out annually and only the woody parts remain alive.
The roots are secondary from rhizome or taproot.
It is a plant with smaller leaves than other green-gray artemisias, with the presence of ethereal oils sesquiterpene lactones, with a strong typical aromatic odor and similar to slightly camphorated citron (or lemongrass) (some have it in vermouth) .
There are both basal and cauline leaves. The arrangement of the leaves along the stem is alternate. The lower ones are petiolate; the upper ones are sub-sessile.
The yellow flowers are actinomorphic, tetra-cyclic (i.e. formed by 4 verticils: calyx – corolla – androceo – gynaeceum) and pentamers (calyx and corolla formed by 5 elements), with dimensions of 2 ÷ 3 mm.
The antesis is between March and April.
The fruits are achenes without pappus. The shape is ellipsoid and compressed on the sides. Fruit size: 0.3 ÷ 1 mm.

Cultivation –
Artemisia judaica is an aromatic plant that grows spontaneously in the desert and is used by some peoples for its medicinal properties.

Uses and Traditions –
Judean Wormwood is a medicinal plant that, as mentioned, grows in the desert, and is commonly used as a tea by the people of Egypt in Sinai and Saudi Arabia.
In Jordan, it is widely used in traditional medicine, as recommended by Aboriginal Bedouins, in the northern Badia region of Jordan, as a sedative. In addition, it is used to treat stomach pain, heart disease, sexual weakness, diabetes, gastrointestinal complaints and external wounds.
Other popular medicines from the Arab region commonly use this aromatic plant for the treatment of inflammatory diseases, for example fungal infections, diabetes, atherosclerosis, cancer and arthritis.
Research and scientific studies have been carried out on the cellular and molecular mechanisms underlying the activities claimed by A. judaica, in particular to verify the antifungal and anti-inflammatory activities of the essential oil of this plant at doses free of cytotoxicity for mammalian cells.
These researches revealed that the essential oil of A. judaica, taken in Jordan, significantly inhibited the formation of the germ tube and disrupted the preformed biofilms of C. albicans, underlining the therapeutic potential for the treatment of disseminated candidiasis. In addition, safe concentrations of this essential oil significantly inhibited the production of NO caused by LPS in macrophages, highlighting its potential anti-inflammatory activity.
Overall Artemisia judaica has promising therapeutic potential for further drug development.

Method of Preparation –
Judean Wormwood is commonly used as a tea by people in the desert areas of Egypt and Saudi Arabia. Other uses include the preparation of infusions as a sedative and for the treatment of stomach pain, heart disease, sexual weakness, diabetes, gastrointestinal disorders and external wounds or, again, also using essential oils for the treatment of inflammatory diseases, such as infections. fungal, diabetes, atherosclerosis, cancer and arthritis.