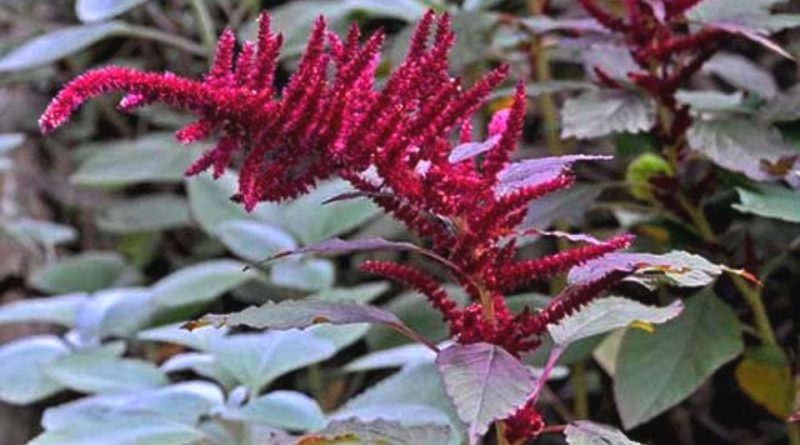 The hypochondriac amaranth (Amaranthus hypochondriacus L., 1753) is a herbaceous species belonging to the Amaranthaceae family.

Geographical Distribution and Habitat –
Amaranthus hypochondriacus is a plant native to the area between Mexico and South America, typical of tropical areas from where the plant spread, through cultivation, both in warm temperate areas and in the tropics. 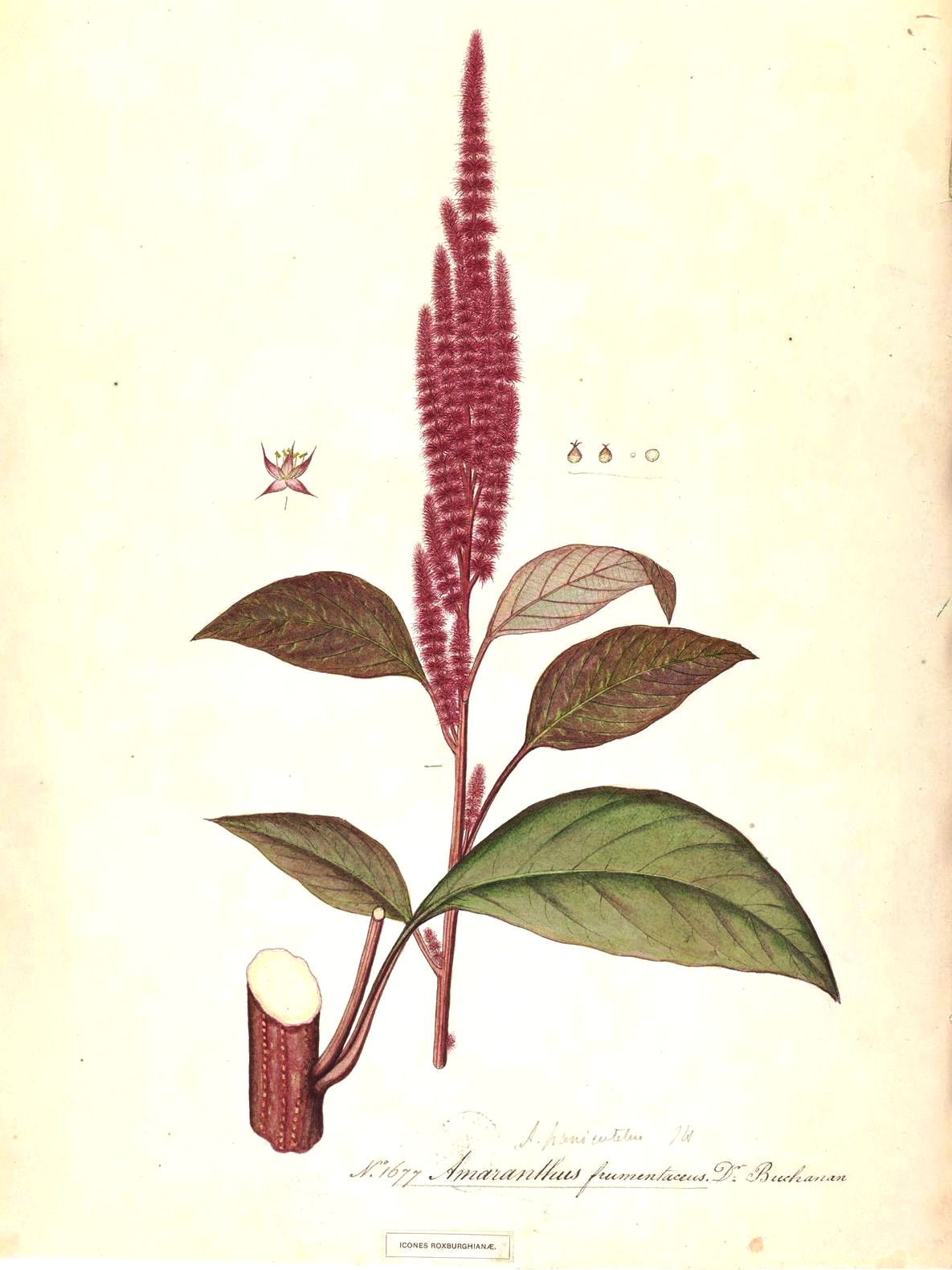 Description –
Amaranthus hypochondriacus is a vigorous plant, with erect, annual growth that grows between 40 and 200 cm in height, exceptionally up to 250 cm. The stem is generally branched, mainly at the inflorescence level.
The leaves are green in color, with possible more or less intense shades of purplish color, ovate lanceolate shape, carried by long petioles.
The flowers, somewhat small and purple in color, are gathered in inflorescences, carried on several terminal branches.
The fruit is a dehiscent or indehiscent pissidium, sometimes shorter than the tepals.
The seeds are round, smooth and shiny, black or reddish, with a maximum diameter of 1.1-1.5 mm.

Cultivation –
Hypochondriac amaranth is a plant that should be grown in areas where annual daytime temperatures are between 19 and 23 ° C, although it can tolerate temperatures between 10 and 32 ° C.
It cannot bear temperatures below 4 ° C, below which the plant dies.
The average optimum rainfall ranges from 1,000 – 1,600 mm, but also tolerates extremes between 500 and 2,500 mm.
From a pedological point of view, he prefers a well-drained fertile soil in a sunny position, which allows him to improve yields. The pH must be between 6 and 7, but it can tolerate extremes between 5.5 and 7.5.
In the cultivation for the collection of the leaves, these can be harvested within 30-50 days from the sowing of the seed. If the plant is cut and not uprooted, it can continue to supply leaves for another 120 – 300 days.
If the plant is grown for seed, the yields generally vary from 800 to 1,200 kg per Ha which, in particularly fertilized crops, can reach 3 t / Ha.
However, since the plants are very subject to attacks by phytophagous insects, which feed on the leaves, it is good not to exaggerate especially with nitrogen fertilizers (which among other things especially in the cultivation for food consumption of the leaves is not recommended) or with excess of organic substance.
As for the cultivation technique you can start directly from seed or through preventive use of seedlings obtained in the nursery and then transplanted to a residence 2-3 weeks later.
Germination is generally quick and good if the soil is warm while low germination rates are found in fresh or cold soils.
It is emphasized that a drop in temperature during the night helps germination.

Uses and Traditions –
Amaranthus hypochondriacus is a very useful plant in some regions, such as in Africa and El Salvador, as a food source, of which both leaves and seeds are used.
In temperate regions it is instead grown as a semi-resistant annual and, in addition, numerous cultivars have been selected, including “Green Thumb” and “Pygmy Torch”.
Hypochondriac amaranth, in some areas of the world, can represent an interesting plant for food purposes; in fact, besides its high nutritional and nutraceutical characteristics, it has excellent agronomic characteristics.
In fact, amaranth can be grown in arid areas where it is not possible to grow other commercial crops; moreover, the seeds, in addition to their known nutritional characteristics, could be a source of phenolic compounds with high antioxidant properties.
The leaves are rich in vitamins and minerals, have a delicate flavor.
The seeds are very nutritious; they can be cooked whole, taking on a gelatinous appearance, even if in this way, due to their small consistency they are not completely chewed and pass through the intestine without being assimilated.
The plant then contains a red pigment which can be used as a food or pharmaceutical dye.
In addition to the red pigment there are also yellow and green pigments that can be obtained from all parts of the plant.
From a medicinal point of view, this amaranth, like others, contains tannin for which it is astringent.
For this reason, this plant can be used in cases of diarrheal states or excessive menstruation.
It can also be used as a gargle to soothe inflammation of the pharynx and to accelerate the healing of mouth ulcers.
Externally it is used to treat vaginal discharge, nosebleeds and various wounds.
As mentioned in the cultivation technique, you must be careful to feed on the leaves of these plants that have been grown in soils with excess nitrogen since the presence of nitrates, as is known, can induce stomach tumors, especially in the weaker subjects, as in children and other health problems.

Method of Preparation –
Hypochondriac amaranth can be used in its fresh state or it can also be harvested when it comes into bloom and dried for later use.
Among the food uses, young leaves can be used in the same way as spinach.
The seeds can be eaten cooked or raw and used as a substitute for cereals. They can also be prepared in much the same way as popcorn.
Both seeds and leaves can be added to salads.