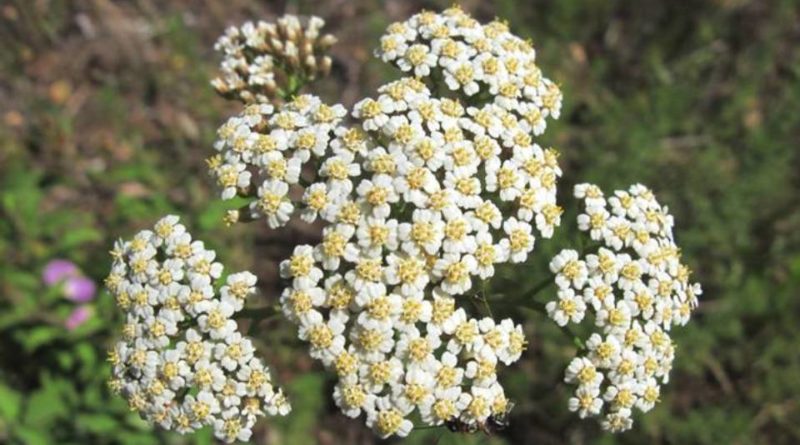 Ligurian yarrow (Achillea ligustica All.) is a herbaceous species belonging to the Asteraceae family.

Etymology –
The term of the genus Achillea was dedicated to Achilles (in Greek Aχιλλειοϛ Achilleios), mythical Greek hero who would have used some species of this genus to heal the wounds suffered in battle by his soldiers; a very ancient remedy so that this is one of the medicinal herbs found in an Iraqi necropolis of the Neanderthal man dating back to 60,000 years ago. The name Achillea was already present in the Greek physician Galen’s De simplicium medicamentorum facultatibus (129-200 AD)
The specific ligustica epithet comes from the Latin ligustĭcum, that is Ligurian. 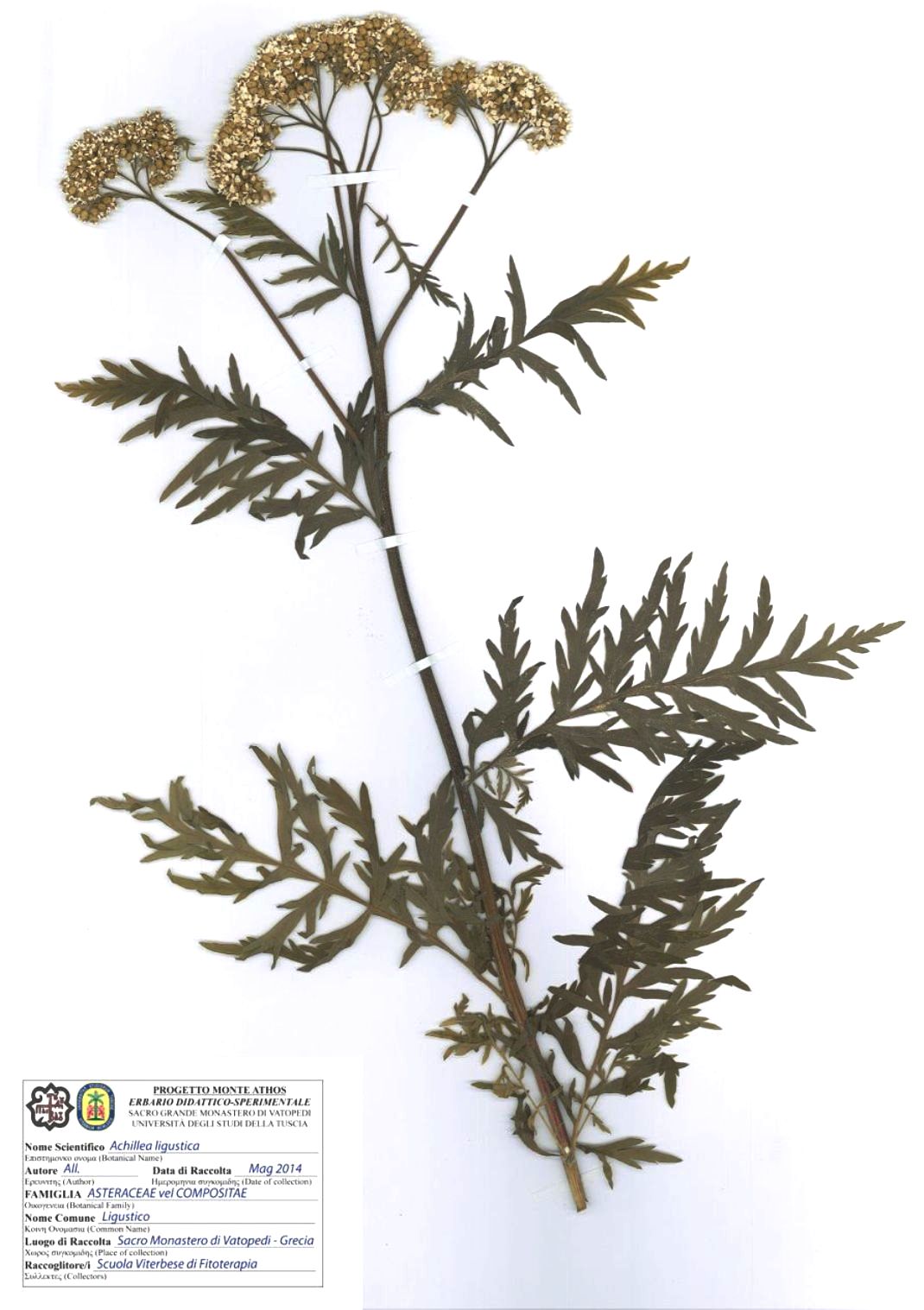 Description –
Achillea ligustica is an aromatic plant, with an intense smell reminiscent of chamomile. It is a perennial species between 30 and 90 cm in size.
The stem is tenacious and is erect, slightly woody at the base, grooved, leafy, sparsely pubescent, and green in color.
The leaves are pinnate seven, with 5-7 leaflets on each side, 2-3 mm wide, with longer basals and reduced caulines.
The flowers are small, numerous, with white ligulate exteriors, flared tube interiors in yellowish-white color; they are gathered in terminal heads.
The antesis is between June and August.
The fruit is a few mm long achene.

Cultivation –
Ligurian yarrow, although it is a robust and easy to grow species, is instead rarer in its spontaneous state.
It also grows on poor and arid soils and its cultivation technique is completely similar to the most common chamomile which is referred to in the specific sheet.

Uses and Traditions –
Ligurian yarrow or, again, Ligurian millefolium is a polymorphic species whose physical characteristics vary according to the variety.
This genus of plants has been used since the beginning of civilization, so much so that finds of this plant were found in an Iraqi necropolis of the Neanderthal man dating back to 60,000 years ago.
This plant is collected locally by some enthusiasts to prepare infusions, using it in the same way as real chamomile.
The parts used are flowers, to be used in infusions and decoctions as a substitute for real chamomile; fresh leaves as an aroma in wild herb salads and soups.
The recommended collection period is: the leaves, between April and May; the flowers from June to August.

Preparation method –
Ligurian yarrow is used in the kitchen in the same way as normal chamomile or by picking tender leaves as salad or soup flavoring.