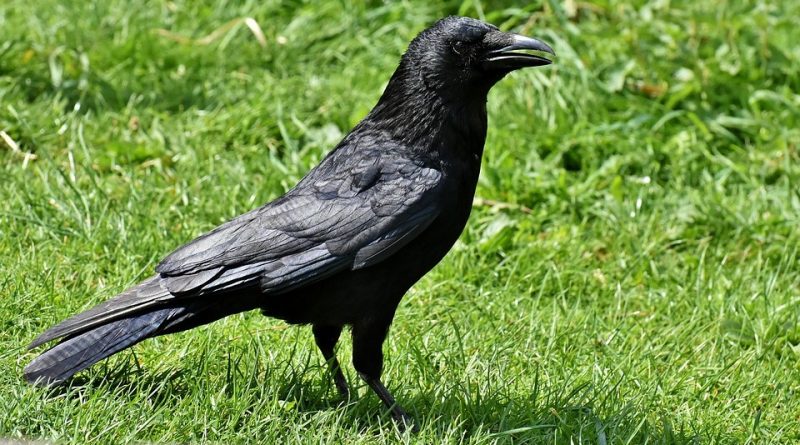 The European carrion crow or carrion crow (Corvus corone Linnaeus, 1758), is a bird belonging to the Corvidae family.

Geographical Distribution and Habitat –
The carrion crow is present with two large populations including one European and one Asian. The European population is spread from the Iberian peninsula to Bohemia and south to the Alps (Great Britain except the Scottish Highlands and eastern Ireland included); the Asian population is spread from the eastern shore of the Enisej (in central Siberia) to Kamchatka (including the Kuril Islands, Sakhalin and Japan except Kyūshū) to the south as far as eastern Turkmenistan, north-eastern Afghanistan, northern Qinghai and Sichuan and in Hebei.
In Italy, the species is present along the Alpine arc where it is particularly present in the Valle d’Aosta. In Italy it is very common and it nests under 2000 m s.l.m., in anthropized areas, but also in the woods.
It is a bird whose habitat is represented by areas open to grassy cover with presence here and there of more or less extensive mixed woodlands, however at present these birds colonize even suburban or urban areas without major problems. 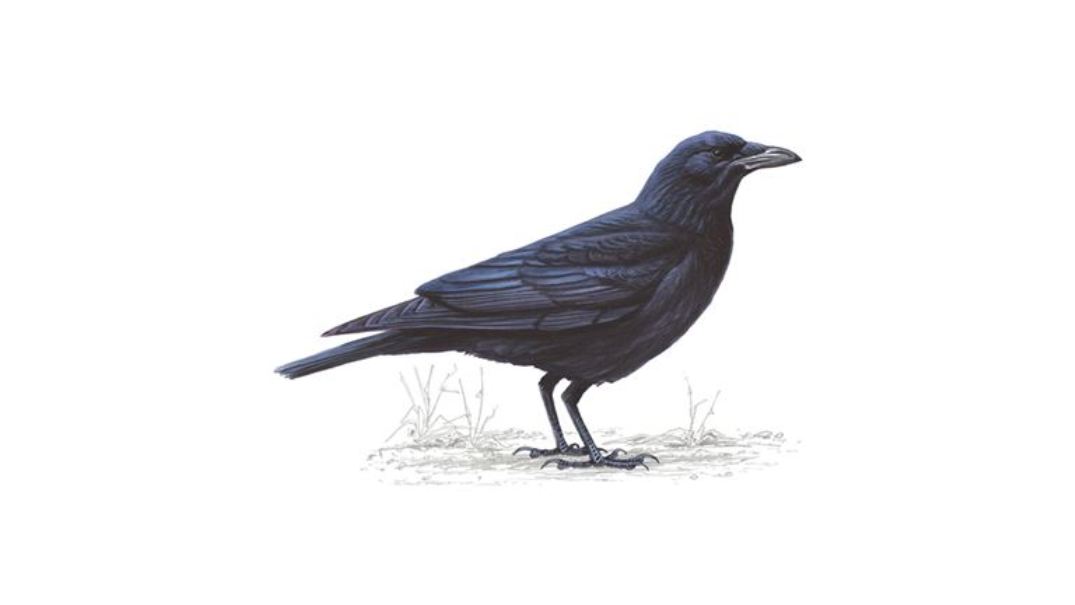 Description –
Corvus corone is a passerine volatile that has a length of 48-53 cm for a weight of 396-602 g, with a wingspan of 84–100 cm.
The Asian populations have larger average dimensions than the European ones.
In general, these birds have a robust and massive appearance, with a rounded head with a receding forehead, a conical beak, strong and slightly pointed tip; the neck is robust, the wings are long and typed, the legs are strong and the tail is square and of medium length.
The hooded crow is however very similar to the imperial crow, with respect to which it shows lower average dimensions, a more slender appearance.
The plumage, as can be guessed from the common name, is totally black, shiny and with a silky consistency: on the body there are metallic shades of greenish color, very evident when the animal is in direct light.
The beak and legs are black: the eyes, on the other hand, are dark brown.

Biology –
The carrion crow is a monogamous bird for which the couples that form themselves remain together for years and not infrequently for life.
At about three years of age, from mid-March to the second half of May, reproduction period, they are very territorial and build large nests in the shape of a cup, on trees, bushes or on rocks with branches, sticks, stems and many other strange objects , cemented with mud and dung and covered with fine roots, hair and grass, where the female lays 4-5 green-bluish dotted eggs, which it hatches for a maximum of 20 days. In this period it is fed by the male.
The newly hatched chicks are fed with food regurgitated by the female, then by both parents with worms and larvae, later also with meat.
The young are ready to leave the nest after about 35 days, but for a certain period of time they do not stray too far.

Ecological Role –
The Corvus corone is an omnivorous bird; it feeds on carrion, eggs, insects, small vertebrates, molluscs, vegetables, fruits and in winter also cereals. To be able to feed on crabs, snails or walnuts, he learned to let them fall from a certain height to break their hard shell and also, having a good memory, he hides the surplus food to recover it, if necessary, even after long periods of time . In addition, crows can work together to attack large birds of prey or small canids and steal their prey.
They are among the birds that best adapt to fast urbanization. They live in cities without problems and find food everywhere.
These crows are accustomed to the presence of man but retain their wild state.
Most populations tend to be resident: however, the carrion crow shows great potential for dispersion, with the northern populations of the Asian subspecies migrating in the south to the north-east Iran, to Baluchistan and Khyber Pakhtunkhwa, while those of Central Europe that are dispersed in the SW direction, reaching Southern Europe where they spend the winter.
The crow is a diurnal bird, which lives in numerous flocks, sometimes in association with the more solitary black crows: during the day, these birds spend most of their time on the ground or in the branches of bushes in search of food, doing then return in the late afternoon to perch trees where you can spend time socializing and above all spending the night sheltered from bad weather and any predators.
The call of the carrion crow is similar to a strong and hoarse craaak, more acute than that of the imperial crow and more serious and vibrant than that of the black crow, generally repeated three times and with more or less increasing intensity according to the excitement the animal.
They also manage to reproduce human sounds and even some words.