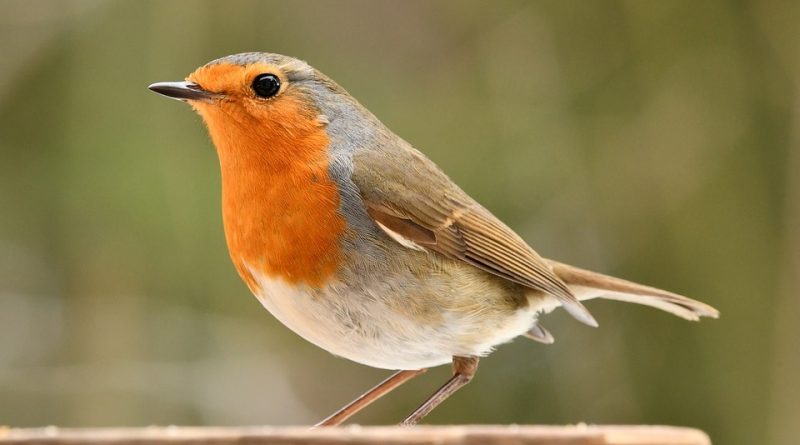 The European robin (Erithacus rubecula (Linnaeus, 1758)) is a small passerine bird that belongs to the Muscicapidae family.

Geographical Distribution and Habitat –
The European robin is a widespread species in Eurasia and North Africa, up to the Azores islands and to the east up to western Siberia. The species is however widespread throughout Europe up to the Arctic Circle and from the Atlantic to the Urals; some subspecies inhabit Asia Minor, the Canaries and Iran. Its natural habitat is that of coniferous forests but it is often present also in gardens, hedges, woods, woods with undergrowth. However, it can also adapt to anthropized areas such as gardens, hedges, parks in urban areas and small woods. This usually happens during the winter, when the need to find food becomes stronger. In fact, despite being rather shy, the Robin can approach the man wary, for example when, working in the garden, he moves worms and insects from the earth, of which the species is delicious.
It avoids, on the contrary, dry steep environments, open environments, swamps with low vegetation.
It is present in Italy in winter in low-altitude areas and regular wintering at high altitudes, a short-range migrant, territorial even during wintering. 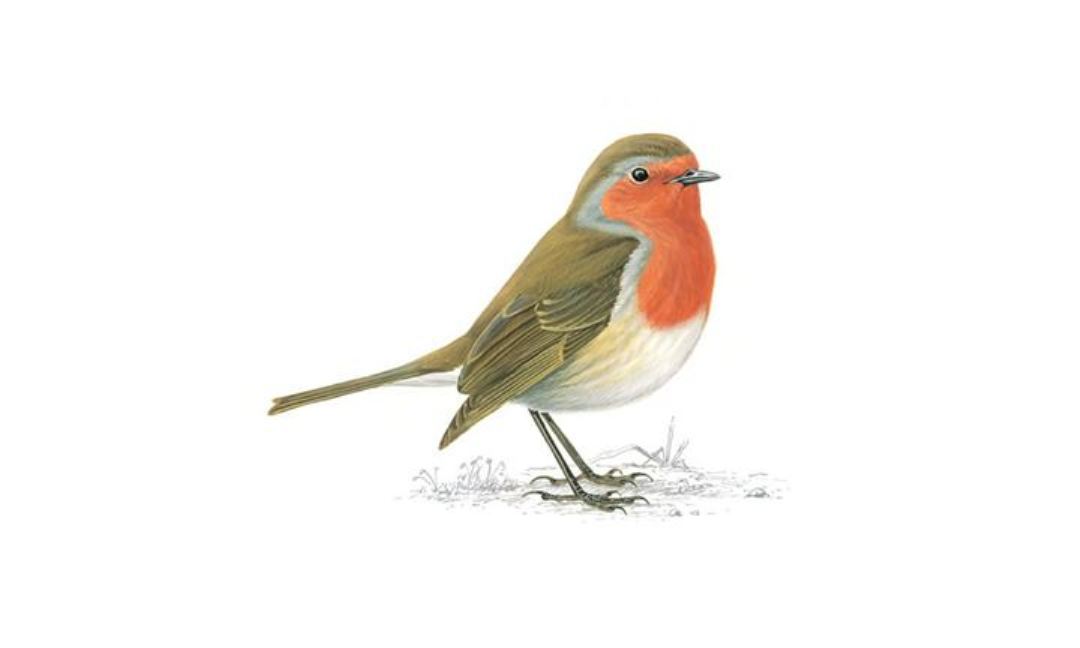 Description –
The European robin is a bird of just 13-14 cm, with a weight of 11 – 22 grams and a wingspan of 20 – 22 cm. It has the back of an olive-brown color, white belly, thin reddish legs and an unmistakable red-orange spot on the chest and face, which characterizes males and females of the species from three months of life upwards. The young are missing the orange color and are strongly speckled. The average age of this species is 3 – 4 years
The eggs are white, spotted with red-brown dots.

Biology –
Erithacus rubecula is a bird that nests in the period from April, August, September, October and December. The number of coves is 1-2 and the number of eggs for hatching of 5 – 6 eggs. The incubation of the eggs, which is done by the female is 13 – 14 days.
The European robin mating period runs from December onwards. Generally it is the female that the male in its territory. Mating and nesting are earlier if the animals are well fed. When the female lays the second brood the male takes charge of the nourishment of the first brood. Newborns take flight 13-14 days after hatching.
Once born, the chicks are bred by both parents for about 15 days, although they continue to be “fed” for some time afterwards.
It nests in holes or cracks in trees, at the foot of hedges, in ivy or even in old objects left by man. The nest has the shape of a perfectly round cup.

Ecological Role –
The European robin feeds in open countryside in the undergrowth.
The diet of the Robin is very variegated: it feeds mainly on small molluscs, earthworms, insects and larvae, but it is also fond of the fruits that the wood offers: berries, blackberries, blueberries, currants, strawberries, raspberries.
His technique for procuring food is well suited to the dense vegetation and open spaces found both in the undergrowth and in the gardens. Crouching on a low branch he observes the near environment and when he identifies a prey he flies down and seizes it and then he crouches again. He can also hop on the ground, pausing here and there to find a prey. In the forest the bird often takes advantage of the fact that other animals (wild boar, deer or pheasants) disturb insects or other animals in the subsoil. Perhaps for this reason he is always very interested in following a person who is busy digging the earth. Robins were also observed that followed a mole, intent on digging the tunnel, to catch worms.
The European robin is a bird of combative and solitary nature, it does not show gregarious habits: it possesses a very strong sense of territorial belonging and does not allow the intrusion of its like in its own territory. It is not rare to observe him while he badly chases and often aggressively anyone who dares approach his kingdom; swelling and threateningly showing the fire-colored chest, shaking wings and tail, swaying from one leg to the other and emitting a phrasing of its song, as a sign of warning. These signals increase in intensity until the intruder does not go, sometimes not before having resolved the dispute with a fight. The sense of territoriality becomes even more accentuated when it shares the territory with its partner.
When the mating season arrives, the Robin abandons the usual solitude to court the female, ruffling the feathers of her head and throat and offering her food. Already at the end of the winter, fixed couples are formed who begin to defend their own common territory.
The behavior is confident towards man and has lively habits known to all. Often when working in the garden and turning the earth the robin gets very close to the man to look for worms or insects that have come to light, in winter they do not refuse grease and seeds even if it is not their basic diet.
The song of the European robinn is a persistent and often repeated tic. Singing is a varied and defined series of short and highly-warped phrases. Both the male and the female sing in winter when they occupy separate territories. This means that the singing is audible throughout the winter. They often sing at dusk or in the dark and are confused with the nightingale.
The European robin appears already in Celtic mythology. For the peoples of the north it was in fact one of the symbols of the god Thor, bearer of clouds and storm. There are also several popular traditions that try to explain its particular plumage. According to a well-known Christian legend, the robins were originally all gray, from head to tail.
According to legend, a robin was on Golgotha ​​and, seeing a crucified man, tried to free him from the crown of thorns he wore on his head and, in doing so, he stained his chest with his blood. To thank the little bird, Jesus Christ (he was the man) decided to leave them that red mark so that all men could recognize from afar that creature so generous. And from that day, according to legend, the European robin took on the color we all know.