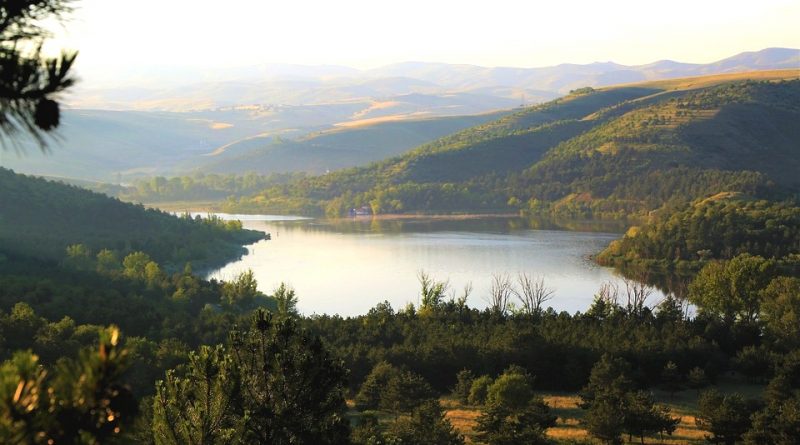 Agroforestry or forestry is the technique by which a promiscuous agricultural and / or zootechnical production system is created for forest systems or trees for wood production. A widely accepted definition is: “Agro-forestry foresees the deliberate combination of agricultural crops and / or livestock activities with perennial woody plants (shrubs and similar trees) in the management unit.”
As you can imagine, however, there are many definitions of agroforestry system. The central element is undoubtedly the unit for managing arboreal and shrub vegetation, while only a few definitions emphasize aspects such as social and environmental.
In this sense, production facilities are planned and organized which provide for the combination of trees and / or shrubs and similar, managed rationally with the agricultural crop or with the zootechnical activity of reference in the farm plot.
The agroforestry is obviously not a new technique as it is that even in Italy, scattered in the countryside of many regions, the “wrecks” of ancient agroforestry settlements, which previously strongly characterized the territory, are still visible.
Typical examples of agroforestry preparations are the “planted” where the vine plants were made “to marry” to trees like the Acer campestre and Ulmus minor.
This simple model of consociation had a dual purpose, both as a live support for the growth of the vine and as a food supplement for the cattle during the winter period.
The objective of agro-forestation is that of an integrated management of ecological systems and on the sustainable use of natural resources that through the integration of trees in the agricultural system diversifies and supports production to increase the social, economic and environmental benefits of the use of the earth at all levels.
The concept of agroforestry system (SAF) and the study of its possible applications was born in the mid-1970s.
In 1975 the International Development Research Center, IDRC, entrusted John Bene with a study to be published two years later with the eloquent title of “Trees Food and People”.
The objective of the study was to analyze the interdependence between agriculture and forestry in economically less developed tropical countries and to identify research programs in the forest field, which could produce concrete results in economic and social terms in developing countries .
This study clearly underlines how SAF are a thousand-year practice, the strategic importance of which is highlighted by current scientific knowledge. It can therefore be said that in 1977, in particular with the creation of the International Council for Research in Agroforestry (ICRAF), as a direct effect of the study conducted by Bene and his team, for the first time, the ancient practice of Agroselvicoltura it is institutionalized and internationally recognized.
Although the study focused on the potential of the living conditions of the inhabitants of tropical forests, its implementation and concrete modeling can have interesting ecological and economic implications, especially in the context of the principles of the Circular Economy.
We must also clarify that the same Good emphasizes that it is not so much the knowledge of the potential of agroforestry systems that must be increased, as it is already rather accepted by the scientific community, but rather efforts to ensure that this practice actually contributes to improving the living conditions of the inhabitants of tropical forests. (Bene et al., 1977). This consideration introduces us to the complexity of this discipline, which cannot and must not be limited to purely agroforestry and economic studies, but must necessarily interface with the socio-environmental implications, as it determines the quality of life of the populations and in particular of their food and territorial sovereignty.

The flip side of the coin is the fact that it was not conceivable at the time and, to a large extent today, the questioning of specialized industrial agriculture, at least in Western countries. However, a lot of progress has been made since then for the knowledge and promotion of SAF also in a temperate environment. If this discipline finds more and more space, it is above all thanks to the demonstration of its greater efficiency in terms of productivity per hectare, in some cases greater than 1.4 times when compared to monoculture (Dupraz C, Talbot G INRA 2012); that same productivity per hectare that industrial agriculture has accustomed us to consider almost as the sole and irrefutable parameter for judging the validity of a crop or cultivation technique.
For this reason, the objective of implementing agroforestry systems is to create a model of well-being that cancels out the existing conflict between Social Development, Economic and Environmental Protection.
To overcome this conceptual and historical gap, the basic rules of the Economy must be changed substantially, which in the last few decades have been based on two main aspects:
– The retrieval of energy sources and non-renewable raw materials that are often concentrated in the hands of a few;
– The concept of liberalism without rules with consequent predominance and colonizing tendency on local systems and typicalities.
The scenario, in fact, is already traced by the development model of Agenda 2030 which claims a growth model based on three fundamentals:
– The creation of widespread and renewable energy sources;
– The creation of economic models based on the Circular Economy and, therefore, on the proximity between those who create the service and those who use it.
– The compatibility of production systems with ecological and human systems.
We now consider that 21% of the Italian national territory is considered to be at risk of desertification, of which at least 41% is found in the regions of southern Italy. Sicily is the most affected region. 61.1% have a high sensitivity to desertification, 16.6% on average sensitive, 3.5% potential and 12.7% not sensitive.
Let’s look at the data relating to social problems. Leaving aside, first of all, values ​​of a different nature, such as life expectations, culture, social disorientation, etc., the latest data (2017) say that more and more Italians, by choice or necessity, decide to live abroad. Young people are always in the front row, but the over-50s are growing a lot. In particular, from the data of departures in 2017, with 243 thousand Italians, with a 3% growth, which left Italy, of which 52.8% for expatriation equal to 128,193 Italians.
In practice, there is a direct connection between emigration and environmental desertification.
One of the sectors that has always been neglected and devastated by centuries of neglect, marginalization and lack of planning is the forest that should no longer be seen in the static and deformed conception of simple management but in the broader vision of a tool for social, ecological and spiritual well-being.
We remind that the Italian forests are the most important green infrastructure of the country: they involve around 11.8 million hectares, equal to 39% of the national territory, with a constant growth (on average 800 square meters of new forests per minute). The wood industry alone generates 1.6% of the gross domestic product and offers 300,000 jobs.
A GDP that could be considerably increased if we assume an ecological transition towards the use of “wood”, as a renewable raw material, and as an action for the reversal of the phenomena of desertification and the negative effects of the Greenhouse Effect.
Obviously it is neither a quick nor a simple procedure. It is part of social and historical dynamics that need sedimentation and assimilation times.