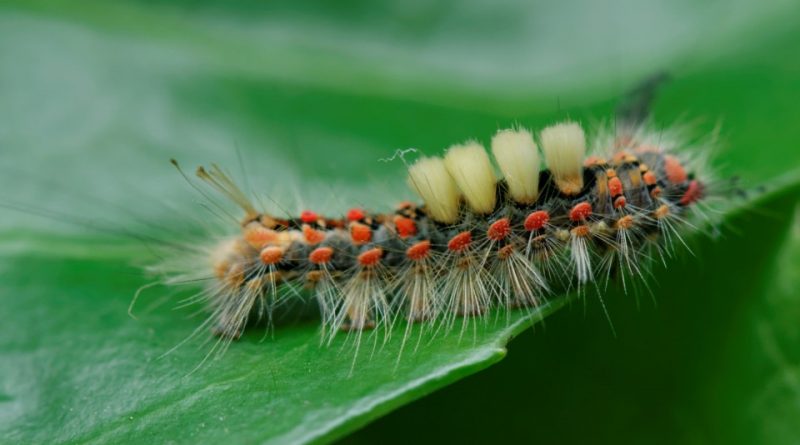 The Caterpillar vapourer moth (Orgyia antiqua (Linnaeus, 1758)), is a moth belonging to the family Erebidae.

Geographical Distribution and Habitat –
The Caterpillar vapourer moth is a moth that lives in particular in forests and hedges, but which can be found in various habitats, especially when woody plants are available. This insect has an endoartic distribution (most of Europe, with the exception of southern Spain, temperate Asia and North America). Orgyia antiqua is not present in the Alps above 1400 m above sea level.
Although even today this insect is not at risk of extinction, however, even this species is not as frequent as it once was. 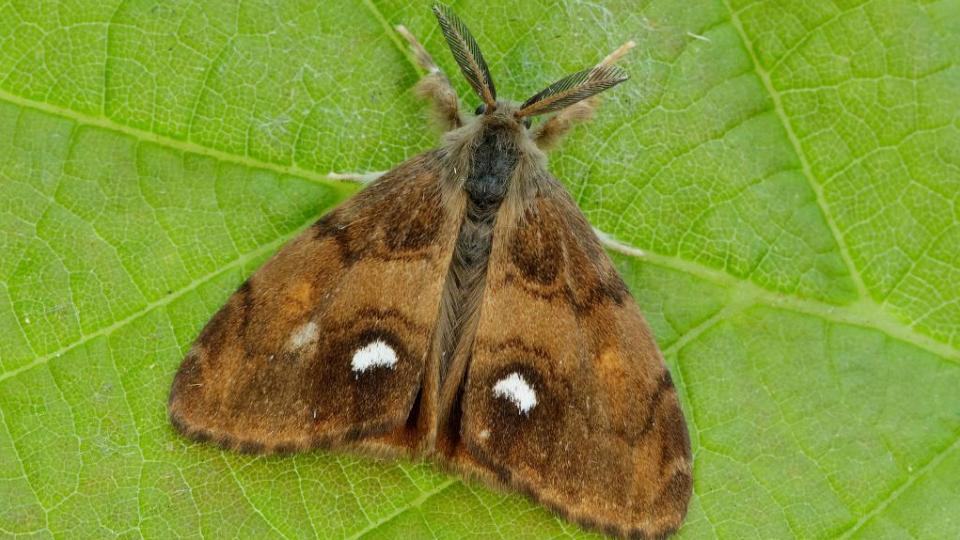 Morphology –
The Caterpillar vapourer moth is a moth characterized, at the adult stage, for its marked sexual dimorphism:
– the males are winged, with front wings ocher-rusty, more or less dark and with an evident whitish spot near the dorsal margin; the wingspan is about 30-35 mm;
– the females, practically athere, present a very atrophied dorsal wing sketch; the body is intense greyish and tomentose.
The larvae are about 30 mm long and are hairy, quite showy, a common feature with all Limantrids, due to their unmistakable coloring; these have on their back 4 tufts of hairs, compact and colored yellowish or whitish, furthermore, in the terminal part of the back and on the sides of the body, they present orange or reddish tubercles from which sparse tufts of whitish hair depart. Moreover, in the cranial position (with a prothorax site) they have two long tufts of blackish bristles, similar to horns; another similar tuft, always blackish, is carried in the distal part of the abdomen.

Attitude and biological cycle –
Orgyia antiqua spends the winter at the egg stage; the eggs, in group (ovature) are laid on the woody organs. In spring, between late April and early May, larvae are born; the first adults appear in June making, on average, 2-4 generations per year.
The second generation occurs between July and August and a 3rd generation (August-September) and a 4th generation (September-October) is also possible.
This moth lives on Pomacee, Drupacee and Broadleaf forestry and ornamental of landscape interest. On these plants, the larvae feed on leaves and fruits.

Ecological Role –
The Caterpillar vapourer moth is a polyphagous insect whose larvae, nourishing themselves, determine profound erosions both on the leaves, with indirect damage due to the reduction of the photosynthetic surface, and on the fruits, due to the superficial erosions of similar appearance to those of the embroiderers.
It is a moth not very common in orchards, in which defense techniques are applied against other phytophagous pests that carry out the cycle in the same period in which it is active. In some cases its presence may become too numerous and therefore specific interventions are needed. Preventive monitoring can be carried out using sexual traps, to be placed in the orchard in the first two decades of June.
If, as a result of monitoring, it can be seen that the percentage of this insect is a cause for concern, it is possible to intervene with containment techniques with Bacillus thuringiensis ssp. kurstaki, active on young larvae.
Furthermore, before intervening it is advisable to assess whether there are natural enemies such as: Diptera Tachinids (Exorista) which are larvae parasitoids. If the presence of these insects is high it is not necessary to intervene because the biocenosis will soon be rebalanced.
In certain cases, specific treatments are performed with: Diflubenzuron, Flufenoxuron, Teflubenzuron and Triflumuron, chitin-inhibitors, active on the eggs and on young larvae; or in other cases it has intervened with larvicidal or ovicidal insecticides, as an integrated and guided struggle; the products that can be used are: Azinfos-methyl, Clorpirifos, etc.
However, the use of insecticides is always advised against, as the long-term effects on useful entomofauna are devastating. For this reason, any errors in the design of orchards or positioning of ornamental plants in unsuitable habitats or with high specializations and inadequate agroecology devices must therefore be observed.