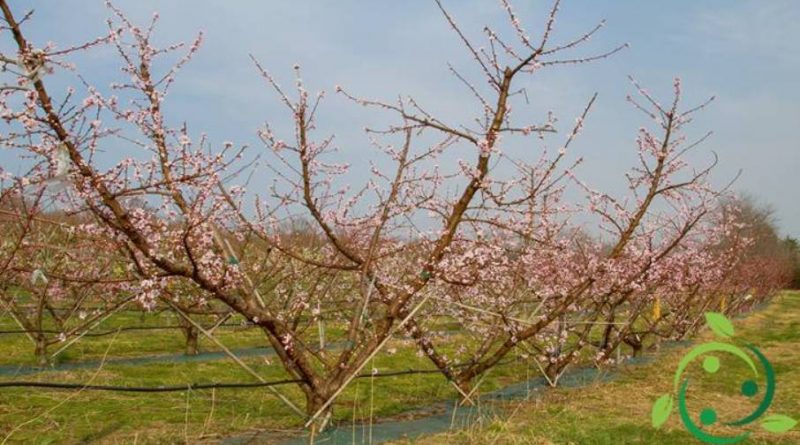 How to prune the Peach

The peach tree (Prunus persica (L.) Batsch) is a small tree species (3-5 meters) of the Rosaceae family. It is a tree native to China, where it was considered a symbol of immortality. From the east the peach tree arrived in Persia and then in Europe. In this article we will explain how to prune the Peach, especially explaining the motivations of certain choices. Pruning aims to balance the relationship between vegetation and production, ensure better aeration to the plant also to diminish possible parasitic attacks and phytopathies. Pruning is therefore an essential practice for the pursuit of various important and connected objectives: the vegetative-vegetative balance of the plant, the elimination of suckers and suckers, and the constant rejuvenation of fruit-bearing formations.In addition, the peaches, depending on the type (peaches, nectarines and percusses) and the different existing varieties, produce mainly on long mixed branches, on 10-20 cm brindilli, or on the floridard dart courts (so-called “May bunches” But before talking about the annual pruning aimed at improving the quality of the fruits and the vegetative balance we have to start from pruning or training.

Pruning is the technique that is adopted in the first three years of life of the plant and serves to form an appropriate skeleton quickly, favoring, if possible, an advance of entry into production.The most popular form of breeding for the peach is the vase. It is a form that gives the best balance between vegetation and production and the most recommended, especially if it is cultivated for family use.This pruning, starting from the plant coming from the nursery, must be done leaving on the main trunk, at a height of 60-68 cm, three or four branches (therefore at 120 ° or 90 °) which are the branches that will then give the future shape to the plant. in this way the plant shows a low trunk and three large main branches equidistant to each other and open. This structure does not imply the presence of a system of tutoring and allows a good opening of the crown that limits the onset of diseases, a precaution that is always valid but necessary in biological cultivation. The peach tree is rather sensitive to the shading that would hinder the flower differentiation of the buds. Once in production (around 4 years) it is necessary to practice winter pruning, other green pruning is to be done during the spring or summer season to eliminate the excessive vegetation that often, erroneously, is stimulated by excessive nitrogen fertilization with consequences also in relation to the onset of various parasitic attacks (as the plant has softer tissues and more susceptible to infestations). In the southern areas Italy, with milder climate, pruning can be practiced in autumn, when the plants are going to rest and the branches are well lignified. In this case, pruning when the leaves fall, without delaying, it is possible to avoid the typical emission of tires from cuts (very frequent and harmful in peach). In environments characterized by harsher winters it is i It is better to wait until the end of winter and then the imminent splitting of the gems; in this case, the pruning also has the purpose of assessing any damage from frost and consequently decide the extent of the intervention based on the actual productive capacity left. In the late spring, around May, thinning is practiced. of the fruits, aimed at favoring the good size of the remaining ones.Afterwards, especially in excessively vigorous plants (which may depend on rootstocks, the soil too organic, etc.) the green pruning is carried out, consisting of the pruning of the crown near the ripening of peaches to encourage their coloring and, if necessary, suckers and suckers are eliminated. The period of this operation is linked, as a period, to the type of peach tree: if it is ripe early, medium or late. Returning to the production pruning, the important criterion is always and always the maintenance of the desired shape. Depending on the case, branches or short cuts are performed. For example, to thicken empty areas of the peach tree it is useful to make a ramming (shortening of the branch with only two or three buds) that can stimulate the vegetation at that point, while when we find plants that have produced more branches we eliminate those too close to each other, choosing which ones to leave and cutting others at the base. Normally the peach plant is grown in pots, a classic type of cut suitable for this form of breeding is the “sgolatura” which consists in diverting the development of the branch on an external branching, cutting the natural extension of the branch.

The second aspect of production pruning is to promote good fruit production in good balance with the plant’s vegetation. following this criterion, in the pruning operations, the best branches are left, which are the youngest, those well-formed and do not grow directly towards the inside of the foliage. The second criterion is to keep the plant within the dimension choice. As the mixed branches and the peach blossoms end with a vegetative bud and have 2 flower buds for each node on the length, by acting the shortening the production of that branch is not compromised and at the same time the periphery of the plant is kept more contained. variety of peaches from industry (percoche), in general, produce better on the darts (bunches of May) and on the brindilli placed on the branches that have already fruttificato (grottacci), therefore these should not be removed completely but shortened or thinned because for these varieties the industry requires fruits of uniform size and not coarse. The ultimate goal, but not secondary, of pruning is to keep the plant’s structure as healthy as possible. For this reason, the sick, dry and damaged branches must be eliminated. If these branches have been affected by diseases such as monilia, the peach bubble or powdery mildew, it is necessary to burn them immediately and, possibly, compost them, as if they are left on the ground they become themselves receptacles and vectors of the various plant diseases. phytopathies always remembers disinfecting cutting tools before and after the interventions to prevent themselves from being disease vectors. Also in cutting operations (both with shears, scissors or saws) it is necessary to make sharp and inclined cuts, in order to favor better healing. For the same reason you need to make cuts not too much but leave a short piece of wood. The objective of sloping cutting is to prevent the formation of stagnant water. The inclined cuts are made just above a gem, without leaving long stumps above it, which would favor rot. Other advice, which is valid for all plants subject to pruning, is to prune the same way every year, avoiding or pruning drastic, which would then decrease the production as the plant would be forced to vegetate more to restore its structure, or too small pruning that would unbalance the plant requiring however after having to intervene with more determination.Finally a hint on other forms of farming ; these can be classified into: volume shapes, vertical wall shapes and inclined walls. The forms of breeding used in different persicums are: vase, delayed vase, Verona vase, Palbidone, Palmetta, Pal-spindel, Fusetto, Ipsilon transversal.