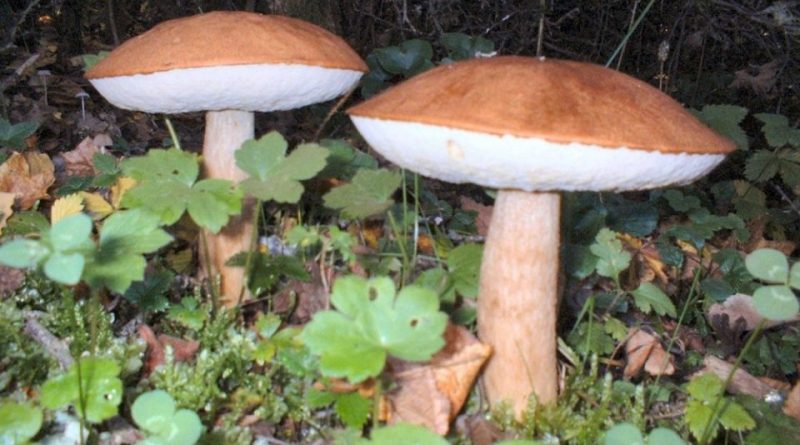 Etymology –
The term Leccinum comes from (i) líceus, derived from ílex, -icis leccio: from the holm oak, that is, pertaining to the holm oak. The specific epithet aurantiacum comes from the modern Latin (málum) aurántium orange: for the yellow-orange color.

Geographic Distribution and Habitat –
The Leccinum aurantiacum grows characteristically in groups of more specimens, within a radius of a few meters, near the Poplar (both Populus tremula and Populus alba) and is widespread both on the Apennines, where it grows in late autumn with cool and wet weather, that in the Alps where he was born until August. On the contrary, it is rarer in the period between late spring and early summer. 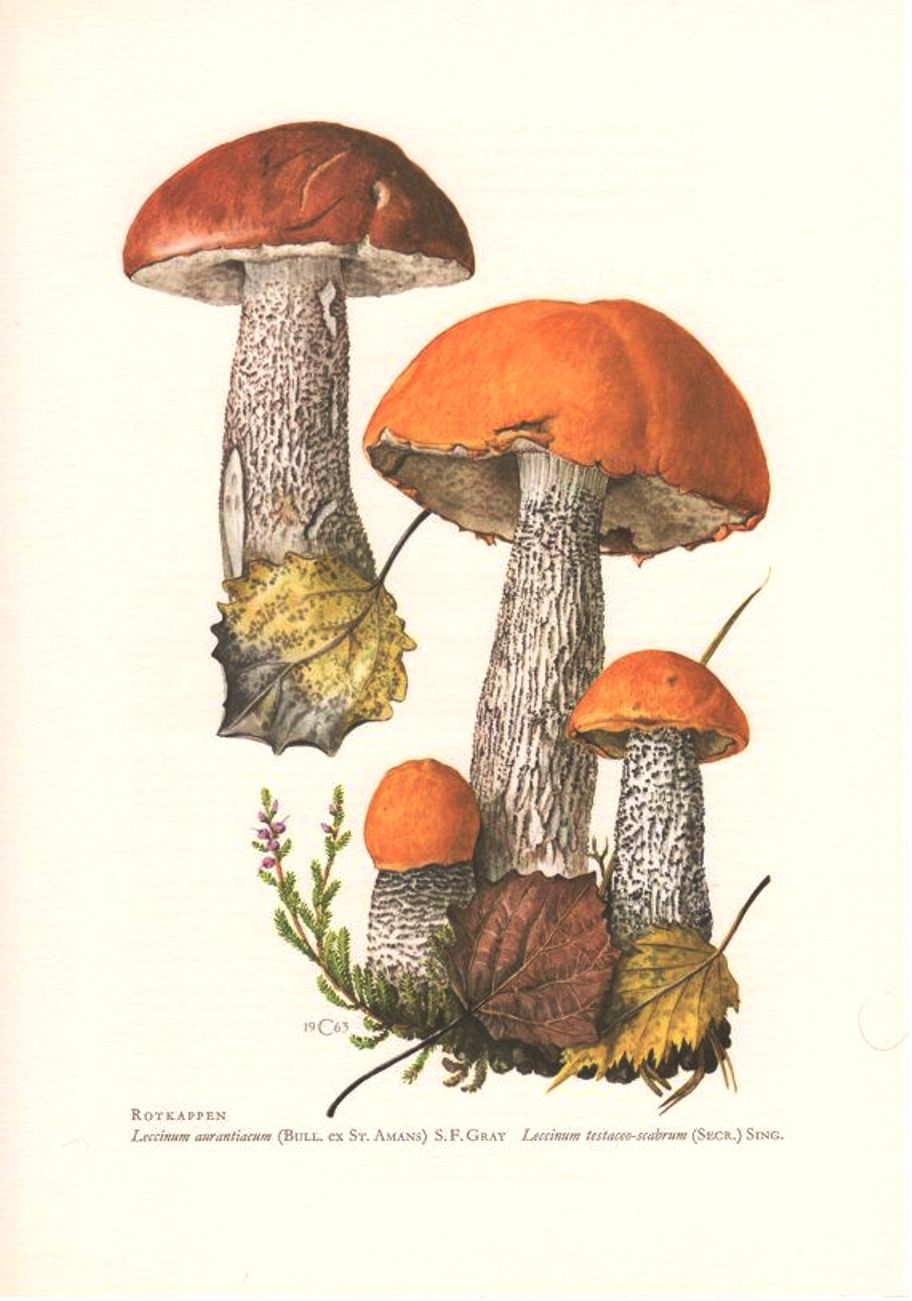 Recognition –
Red-capped Scaber Stalk is recognized for having a rather large hat, which can reach 20 cm in width; initially hemispheric, then convex and finally plan; the cuticle is of variable color between orange and brick red, it is opaque and almost velvety with dry weather, slimy with humidity. The tubules are longer than the hat meat, up to 2 cm tall, gray in color. The pores are small, of 2-3 mm, circular, ranging from whitish to gray. The stem measures 10-16 x 2-3 cm, very long, cylindrical or fusiform, thinner near the hat, of leathery consistency, covered with initially clear squamettes, then red (concolori to the hat). The meat is white but when cut it slowly turns to gray; it is tender in the hat and leathery in the stem. After cooking it becomes compact, slightly crunchy and very dark in color; has a sub-zero smell and a grateful, acidulous and slightly sweetish taste.
Under the microscope there are spores of 13-18 x 3.5-5 μm, smooth, ellipsoidal, olive green in mass.

Cultivation –
Leccinum aurantiacum is not a fungus currently grown.

Uses and Traditions –
Leccinum aurantiacum is a very unmistakable fungus for slender bearing, for the reddish-brown scales that contrast with the white of the underlying stem, for the beautiful color of its hat, red or brown in the different shades and combinations and for its growth habitat under the Poplar. Red-capped Scaber Stalk is mushrooms known and collected for a long time and is called generically also with the term rufus.
Mushroom similar but growing close to conifers is the Leccinum vulpinum, this mushroom has a more intense, darker red hat color, with decorations on the blackish brown stalk from the beginning, always edible. It is also similar to the Leccinum piceinumche that some authors consider a Leccinum vulpinum, and is differentiated by the more brownish pileic coloring and for the growth under Picea. Also the Leccinum quercinum has some similarity; however, it has more vivid colors, with reddish scales and generally more massive than L. aurantiacum and is born under broad-leaved trees other than Populus. Recent reviews provide for shifts in this group, some very questionable, for example L. aurantiacum would become L. albostipitatum and the old L. quercinum would be called L. aurantiacum., Fairly valuable but little known.
The edibility of the Porcinello aranciato is excellent and the larger hats are also the tastiest ones, provided they are intact.

Preparation Mode –
For the preparation and consumption of the Red-capped Scaber Stalk must remove the stem as coriaceous, poor and indigestible. Recall that cooked meat preserves blackish color. The stem, as in all Leccinum, must be discarded because it is too tough and therefore definitely indigestible. It can be preserved dried or in oil.